After almost a year and a half after the release of Assassin’s Creed Valhalla, it has continued to receive new content and has managed to keep fans entertained with two DLCs and multiple free events, and has gone on to become the series’s biggest launch to date. But with Assassin’s Creed Valhalla: Dawn of Ragnarok, Valhalla steps up its game big time, with a huge chunk of new content set in an entirely new map, and an enticing mythological storyline. 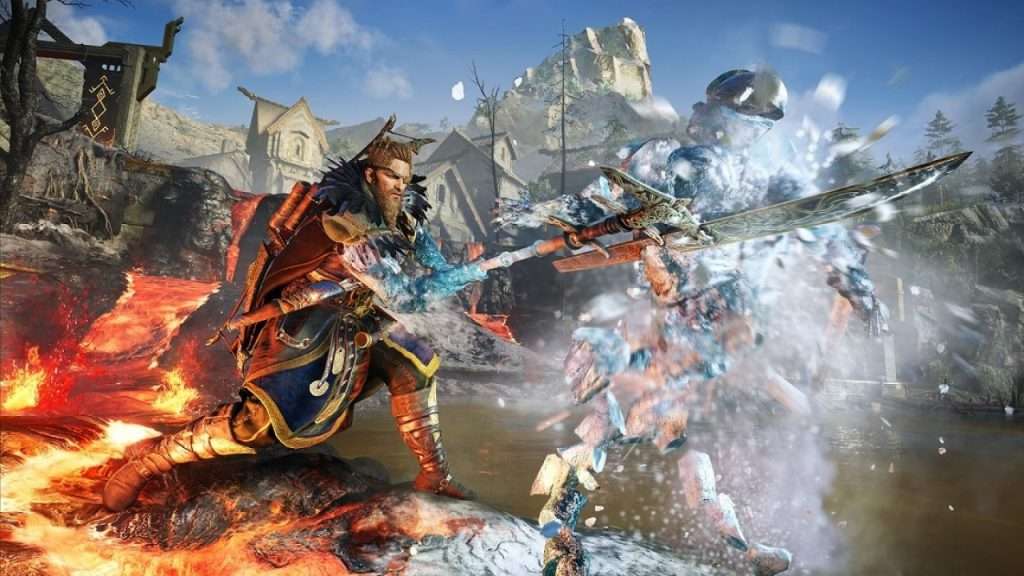 Assassin’s Creed Valhalla: Dawn of Ragnarok can be started off at any time and is completely isolated from the main story. You, thanks to some really trippy potions from Valka, step into the shoes of Odin after he takes control in Asgard and Jotunheim.

Now, he must travel to Svartálfaheim, the land of the dwarves, to try to rescue his son Baldr from the clutches of Surtr, the warlord of Muspelheim. This sounds more suited to a storyline belonging to a game like Immortals Fenyx Rising than Assassin’s Creed but is executed in a way that it feels well connected with the existing lore of the franchise. 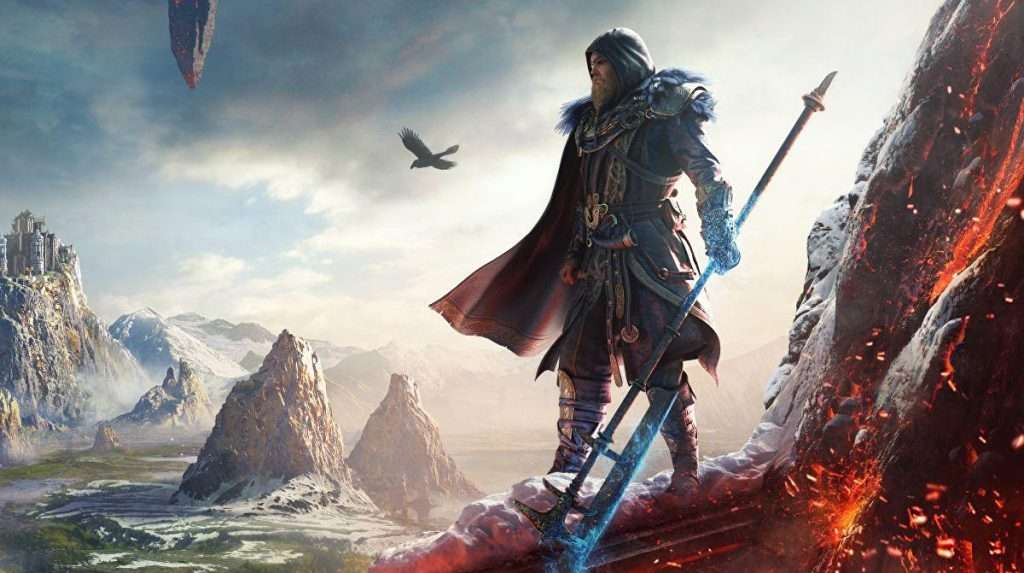 Most of the main objective is to find the refuges of the dwarves, who survive by hiding after the invasion of their land by the Muspelians. In these hubs, you can undertake new missions, which gradually bring Odin closer to the whereabouts of his son and uncover the plans of Surtr. 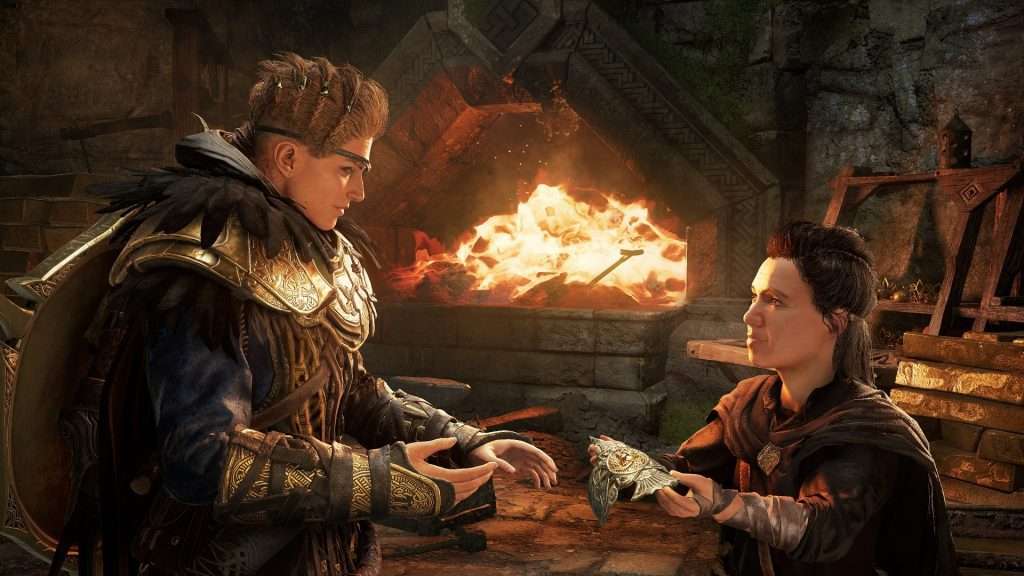 Along with the traditional main missions, there’s a plethora of new content to go through. From Valkyrie arenas to battling mythical beasts and puzzle dungeons to explore.

Shortly after the DLC story kicks off, Odin acquires a new tool that allows us, once we defeat them, to extract the “essence” of the enemies and copy their abilities. This singlehandedly makes the DLC extremely fun and enjoyable to play, despite having certain limitations to how many powers you can carry and for how long. 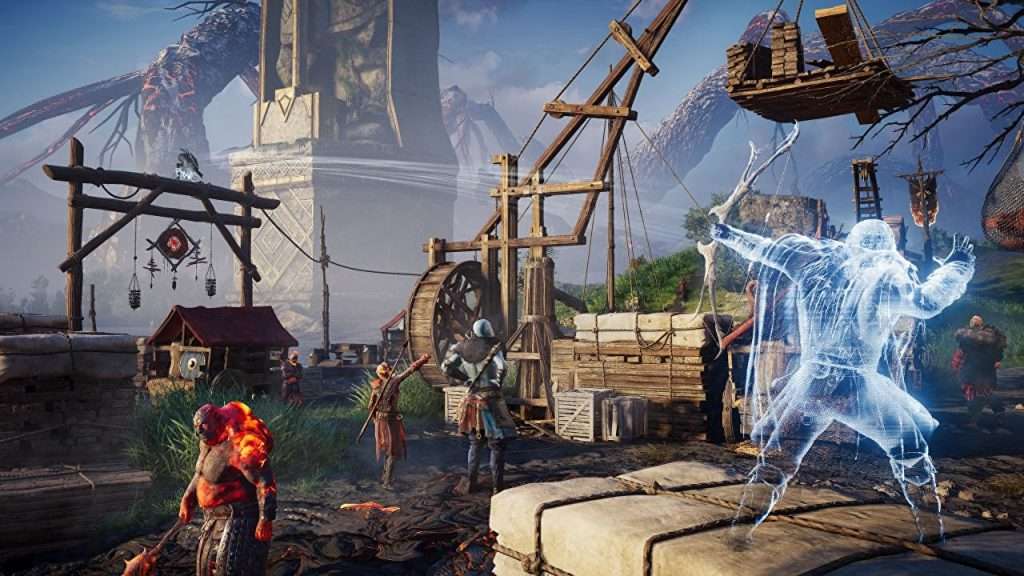 Acquiring these powers completely alters your playstyle, as you can take the form of a raven to reach hard-to-reach areas or massacre entire legions and then turn the dead into your allies. Or if stealth is more your style, you can disguise yourself as one of the frost giants and infiltrate zones without any confrontation.

It’s a shame that the game goes out of its way to make these powers feel special and rare, as you have to hunt down unlucky enemies until you find the power of your choice and, even then, you are limited on how many powers you can absorb. I would have appreciated some of these powers being permanent unlocks for a lot of XP or some form of in-game currency.

But you’re not the only one with new tricks up their sleeve, as Assassin’s Creed Valhalla: Dawn of Ragnarok will throw at you enemies that share the same archetype as the base game but with unique abilities such as healers who can revive their fallen as well as other nasty surprises.

As someone who has already reached the endgame in Valhalla, however, the DLC never felt that challenging, although it still offered a higher difficulty than the base game. If you’re not someone who has already grinded through the main game, then this DLC is going to be a bit of a nightmare for you, as some of the bosses are quite high leveled.

Visually, while this remains DLC, the stunning vistas somehow make Valhalla seem even more gorgeous. Svartalfheim is a varied land, filled with green valleys and golden mountains that beckon you to come and explore them. While sidequests remain a bit ‘fetchy’, the huge number of collectibles and small puzzles littered throughout the land offer some fun diversions. 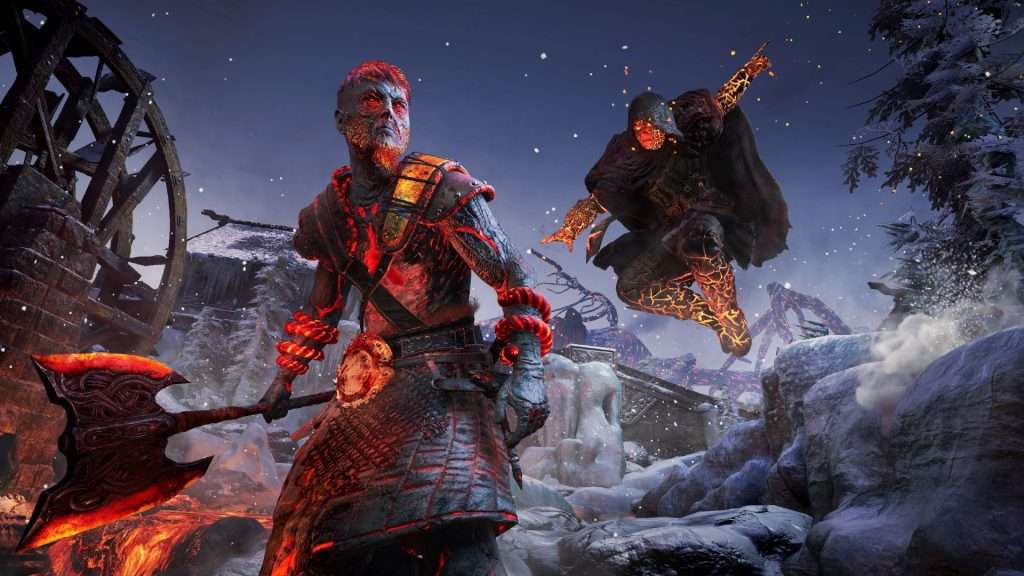 There is no doubt that the Assassin’s Creed games have abandoned their historical roots towards a more creative approach to storytelling but this DLC dials it to the maximum. Ragnarok turns out to be quite a mythological lesson, as you meet many famous figures from Norse mythology. The excellent voice acting done by the voice actors helps lift the story through some of its more monotonous moments, but the overall pacing remains quite good.

It took me around 20 hours to finish the story and over 40 hours to see and do everything the DLC offered, which is a pretty good number, considering most games these days offer half of what’s being offered in Ragnarok for the price of a full game.

The new ‘Assassin’s Creed Valhalla – Dawn of Ragnarök‘ expansion is available now to all current owners of the base game for €39.99.

There is no doubt that the Assassin’s Creed games have abandoned their historical roots towards a more creative approach to storytelling but this DLC dials it to the maximum. Ragnarok turns out to be quite a mythological lesson, as you meet many famous figures from Norse mythology.

FromSoftware’s history of tough-but-loved games has been a niche of sorts for many gamers. Elden Ring is different. Writer George…