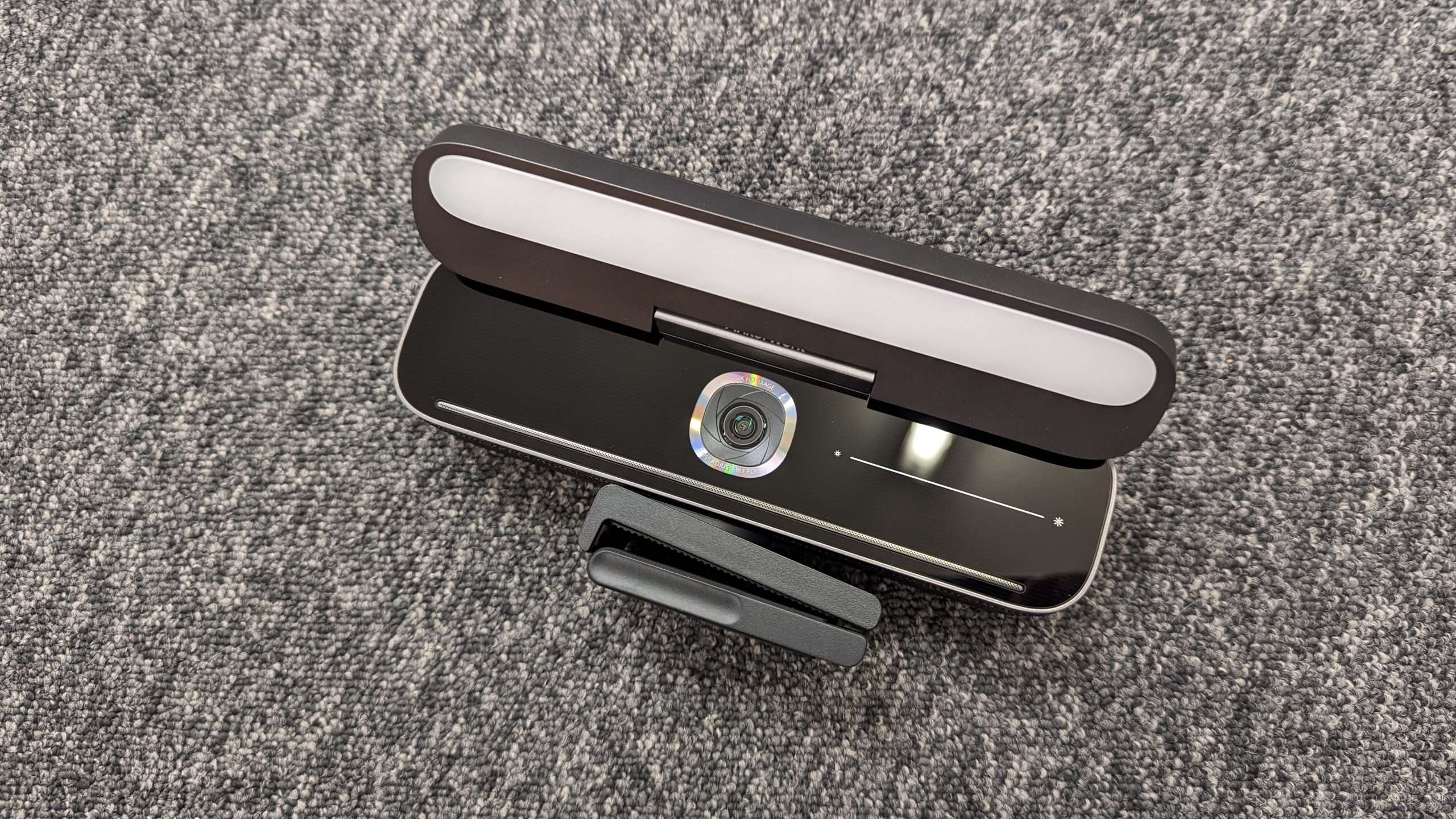 The AnkerWork B600 Video Bar packs a 2K video camera, a microphone array, stereo speakers, and a light into a small package for under £220. After testing more video calls across Teams, Zoom and Google Meet than I would like to admit, I think Anker has made one of the best all in one webcams around.

The B600 Video Bar is significantly larger than most normal video cameras, but that’s because it packs far more technology than any camera I’ve seen. Let’s take a brief look at it, and then I’ll let you judge for yourself whether or not this is something you’ll want to pick up. Spoiler alert: You’ll want to pick one up.

Inside the box, you get the AnkerWork B600 Video Bar, a USB-C cable, an AC power adapter with three different plugs so it is usable anywhere in the world, and some quick start guides etc. 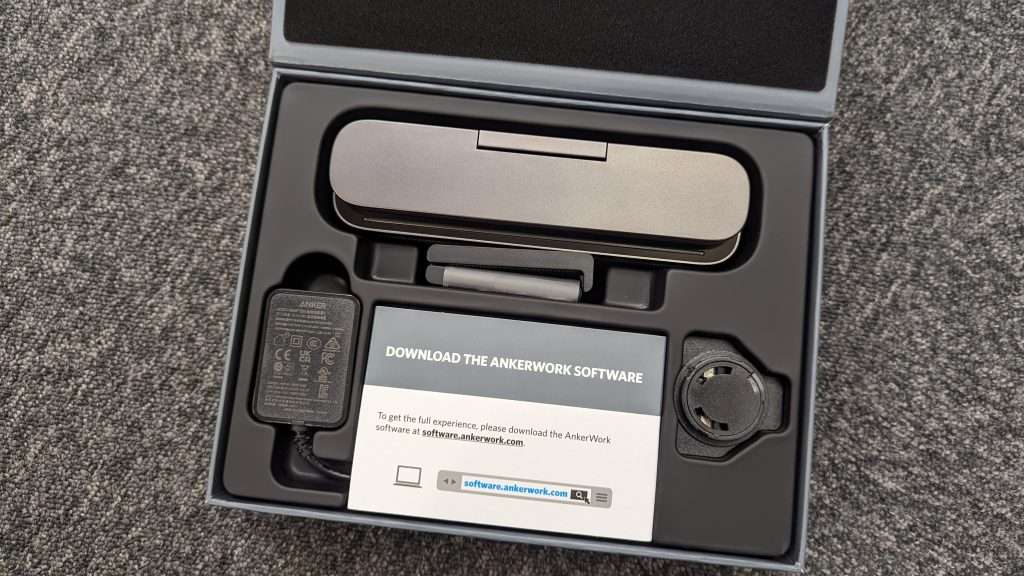 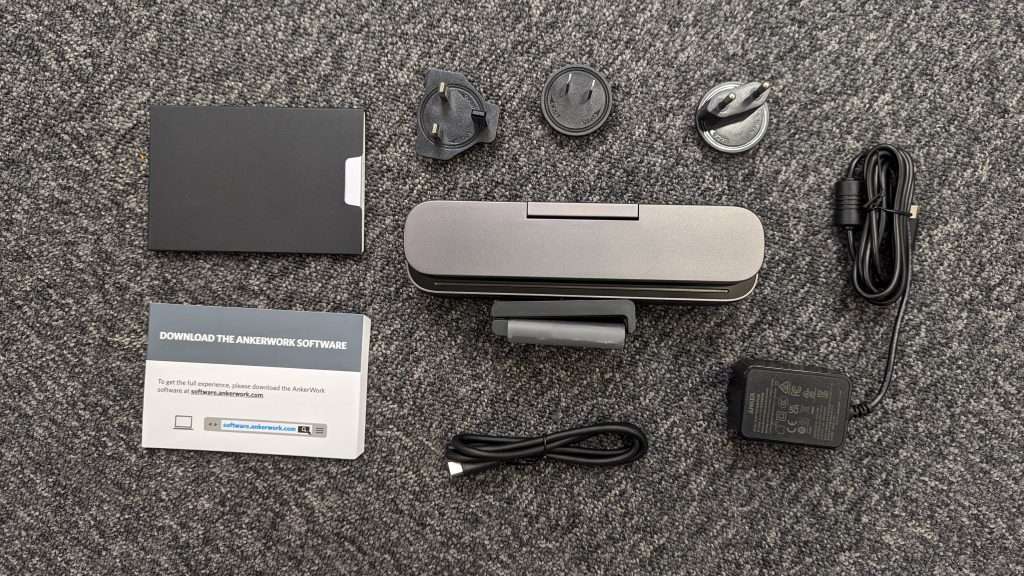 On one side of the device, you’ll find a button to turn the built-in video light on and off; the brightness control is a capacitive touch bar to the right side of the camera itself. You can also adjust the light’s brightness and warmth using the free AnkerWork software; we’ll come back to that in a bit. 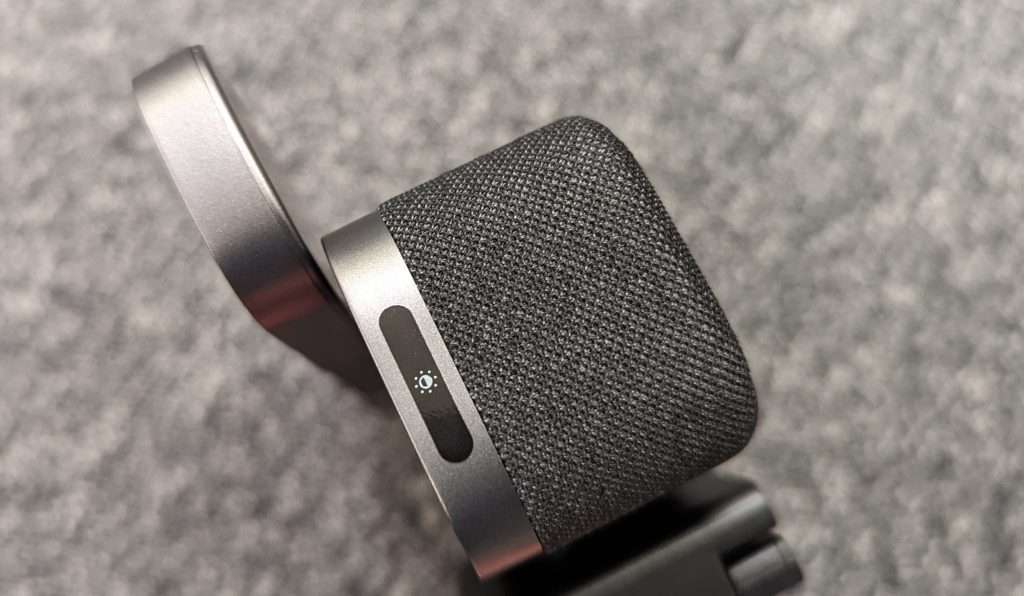 On the other side is a similar button to turn the microphone array on and off. This is great for people who prefer to use a boom or desktop microphone when recording. 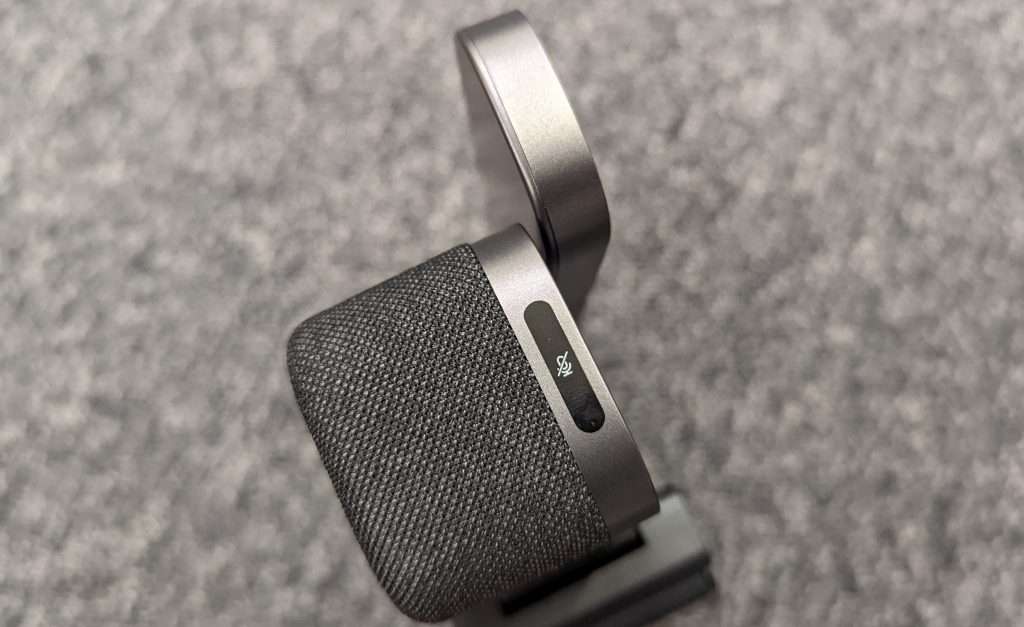 There is a standard 3/8″ mount for a tripod on the bottom, but the Video Bar ships with a laptop/monitor stand already attached. I’ve already used it on my BenQ work monitor, and it holds the Video Bar in place quite nicely.

On the back, there is a USB-C input for power (unlike most video cameras, the B600 requires its own power source), a second USB-C port for connecting the B600 to your computer, and a legacy USB-A port. I’m honestly unclear why they included this last port since the B600 has all the functionality you’ll need for video calls and recordings. 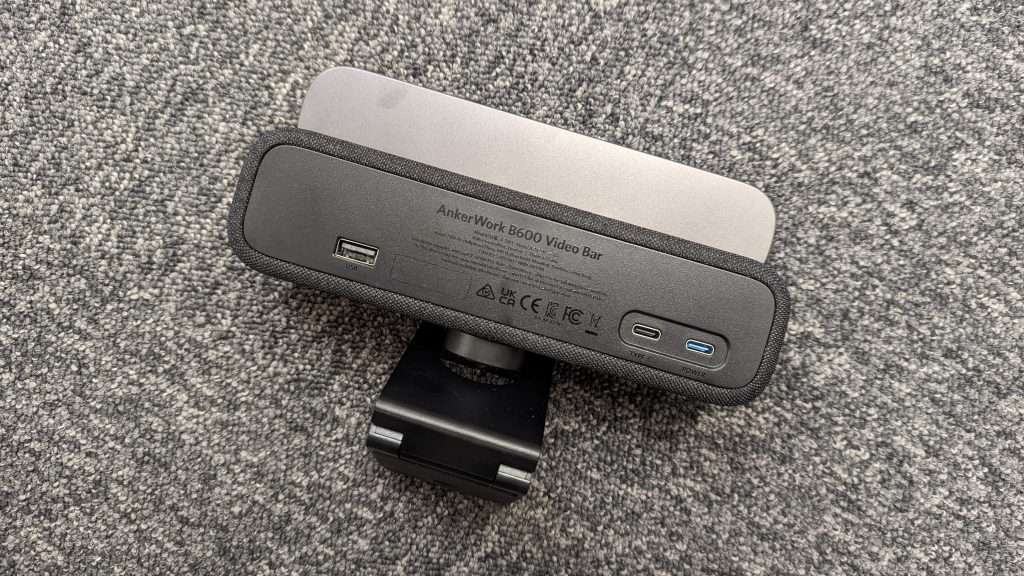 The front of the B600 has a clean look with the 5MP 2K camera with a 1/2.8 sensor in the center. The 2K camera records at 30 frames per second and provides clean, crisp video. 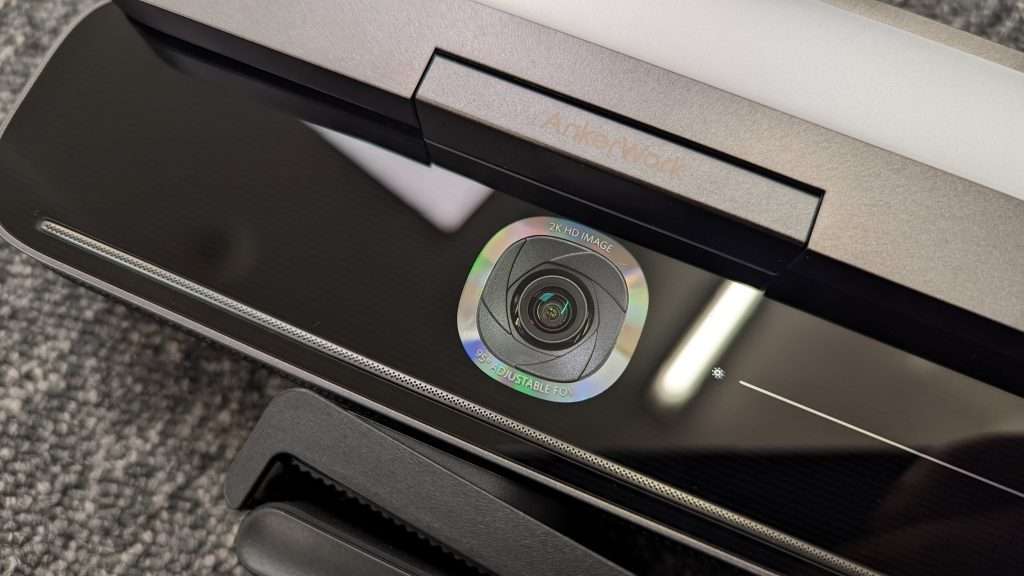 It features Smart Auto Exposure, Smart Color Enhancement, and, of course, Smart Auto Focus. It also has a “solo frame” functionality to keep you in the frame when speaking. It works but seems to suffer the same fate as Apple’s ‘Center Stage’ tracking functionality and has a bit of lag if you move quickly. 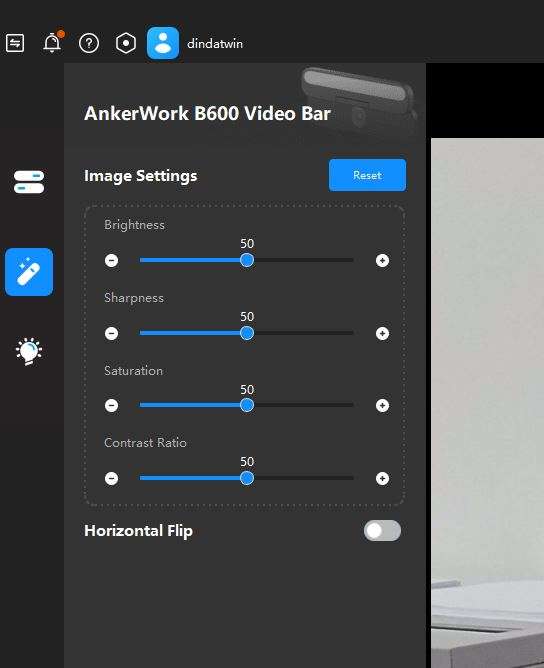 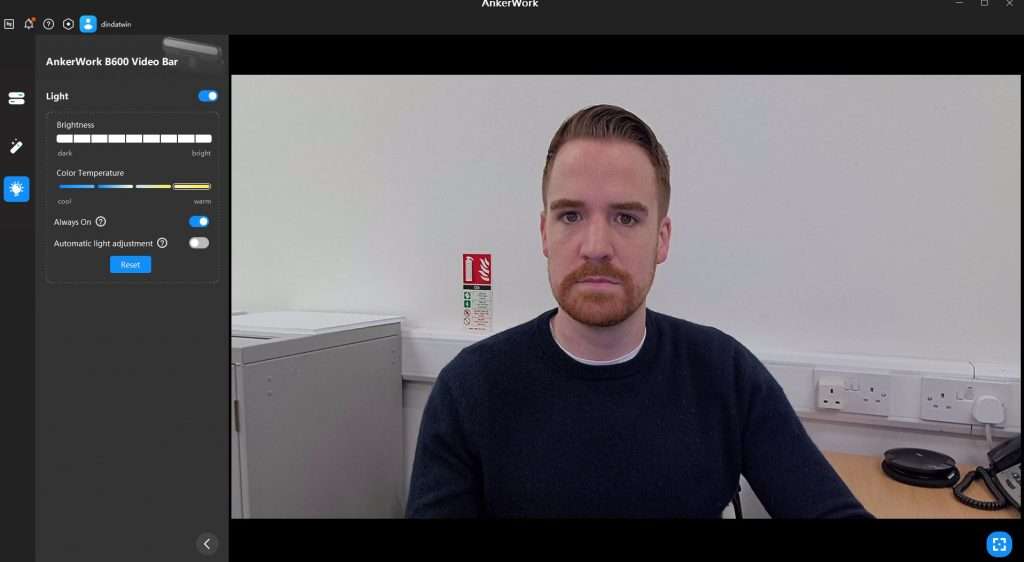 With the free AnkerWork software, you can select a resolution of 360P, 720P, 1080P, or 2K. You can also control the Frame Offset, zoom in or out and adjust the image settings. The software also lets you control the field of view, providing yet one more way to control the image. 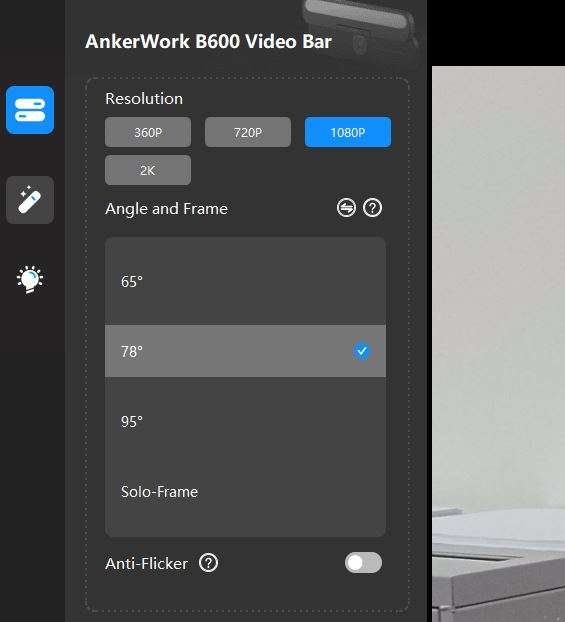 Along the top of the Video Bar is a fabric grill that hides dual 2W speakers. Anker notes that the speakers are made from a “specialized silk membrane,” so you get the best sound possible from such small speakers. While they can’t compare with the AudioEngine speakers on my desk, they deliver far better sound than what I would otherwise get from my MacBook speakers.

The four-mic array is hidden in various places on the AnkerWork B600 Video Bar, and it does a good job capturing audio thanks to auto echo cancellation, smart noise cancellation, and a special functionality that automatically adjusts the microphones so voices maintain the same level up to 2 meters away. All of this comes together to create what Anker refers to as VoiceRadar.

In my testing, the array does a decent job cutting out ambient noises so you can be heard clearly when speaking to others or recording a video.

The truly unique aspect of the AnkerWork B600 Video Bar is the inclusion of a built-in light bar. It isn’t the most powerful video light I’ve tried, but the fact that it is actually integrated into the device makes it a convenient way to get the best image possible. 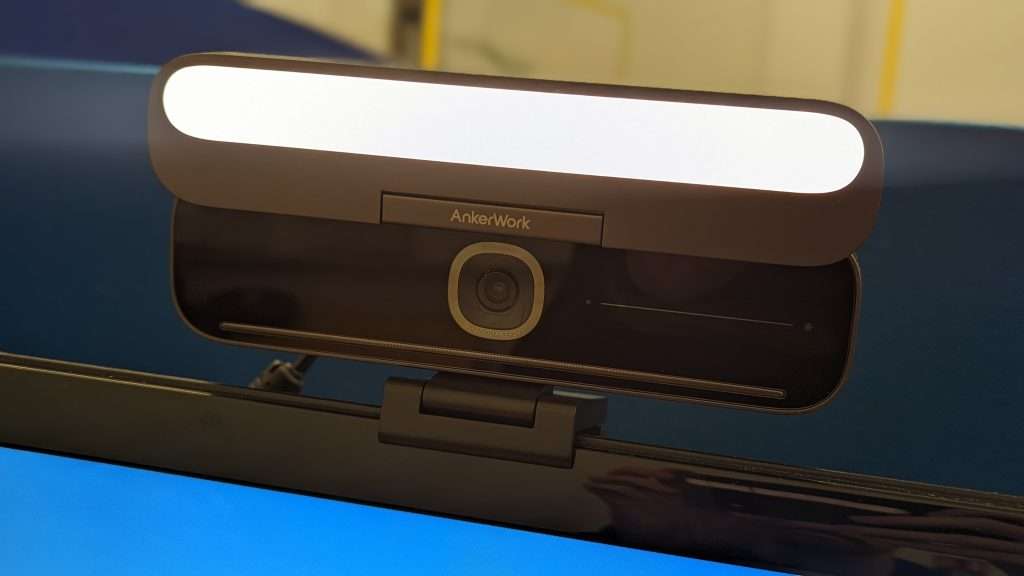 As previously noted, the light can be turned on and off manually using the button on the side, and the brightness can be adjusted using a capacitive slider on the front. “MagicSight,” as Anker calls it, automatically balances the color temperature and brightness in dimly lit rooms. You can manually control the settings using the AnkerWork application if you need even more control. 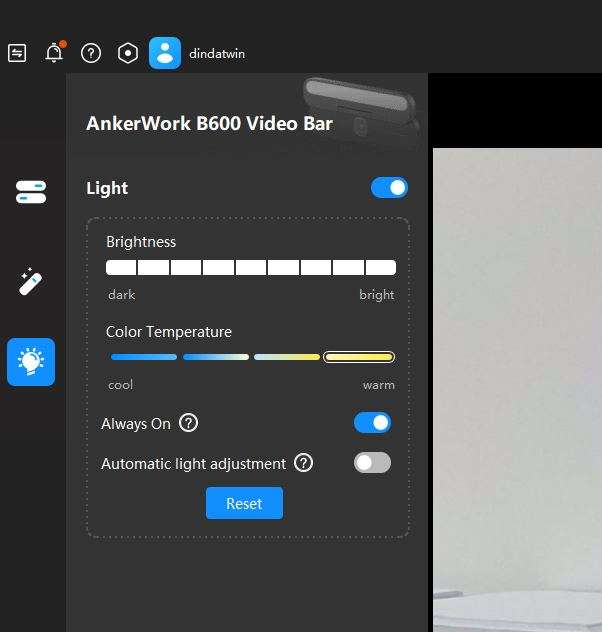 The AnkerWork B600 Video Bar is an all-in-one solution for video calls, and, as such, it is Zoom certified. It works well and is convenient, thanks to its all-in-one design. With the B600, rather than needing to plug a camera, a microphone, and speakers into your computer with have a separate light for illumination, all you need to do is plug one cable into your computer.

So while the B600 lets you up your video call game, it also keeps your desk neat and clean.

All in all, I like the AnkerWork B600 Video Bar a  lot. Usually, all-in-one devices are convenient, but each element can be a compromise compared to what you might get from individual components; that’s not the case here. Better still, in an era when computers seem to include fewer and fewer ports, the B600 requires a single connection instead of the three or four you would need if using individual dedicated elements. 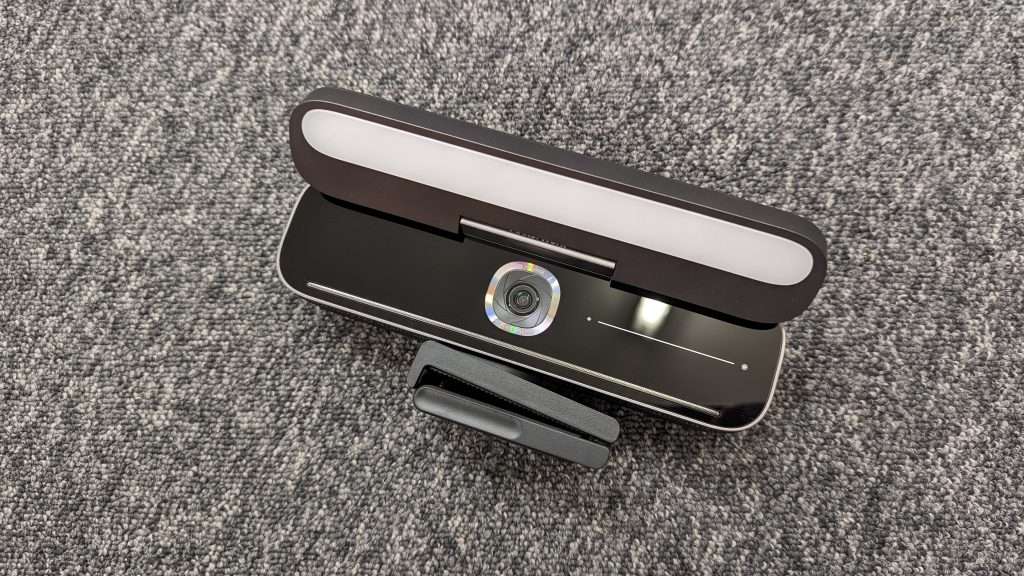 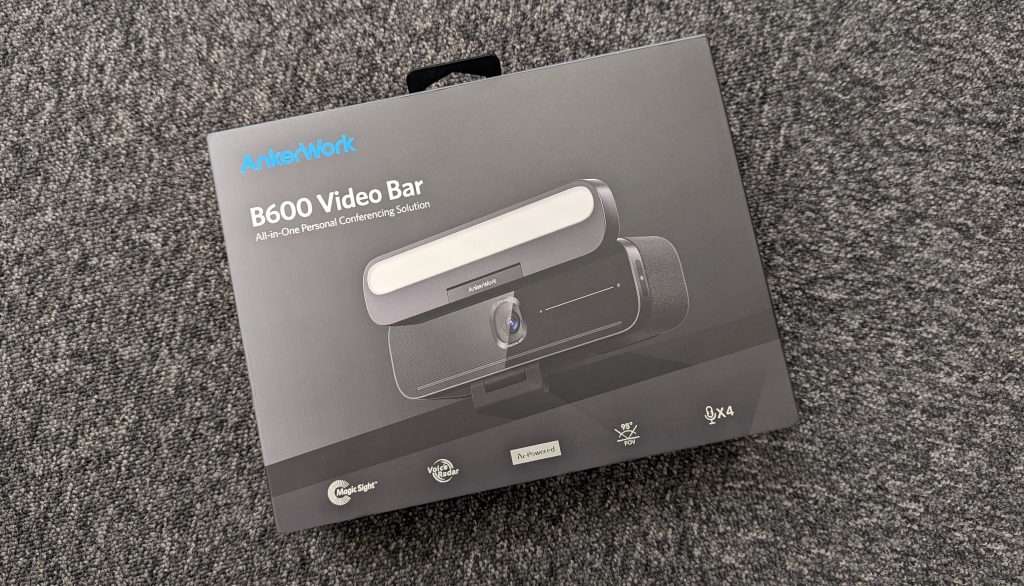 All in all, I like the AnkerWork B600 Video Bar a  lot. Usually, all-in-one devices are convenient, but each element can be a compromise compared to what you might get from individual components; that’s not the case here. Better still, in an era when computers seem to include fewer and fewer ports, the B600 requires a single connection instead of the three or four you would need if using individual dedicated elements.

Jabra has just announced their new Jabra Connect 5t wireless earbuds, the third product in their Connect series, joining the…