Samsung has always played two roles. King of the Android high-end market and second place to Apple’s dominance. I’ve always admired their focus on continually improving their options for consumers, taking on feedback around their software and really challenging Apple. So, it’s 2022. The buzz has died down and we had quite a long time with Samsung’s latest flagships. Looking to buy your next phone this spring/summer? You need to read this comparison.

I’ve always not been the biggest fan of having to buy the biggest phone possible to get the best specs out there and as an iPhone 13 Pro Max user – at least Samsung gives you some options. The S22 Plus and S22 Ultra have very different design languages. The S22 Plus is a smaller <size> phone with an eye-catching design from the rear with the camera bump blending seamlessly into the side rail. The S22 Ultra is radically different with a flatter back with only the lenses protruding. Personally, I find this style of design nice, but not as practical as phones like the Pixel 6 as, without a case, they’re very difficult to use when they’re lying down on the table as it rocks side to side. Overall, I’d give this to the S22 Plus. It’s the most distinct design that’s fixable with a case and the size for me is perfect. 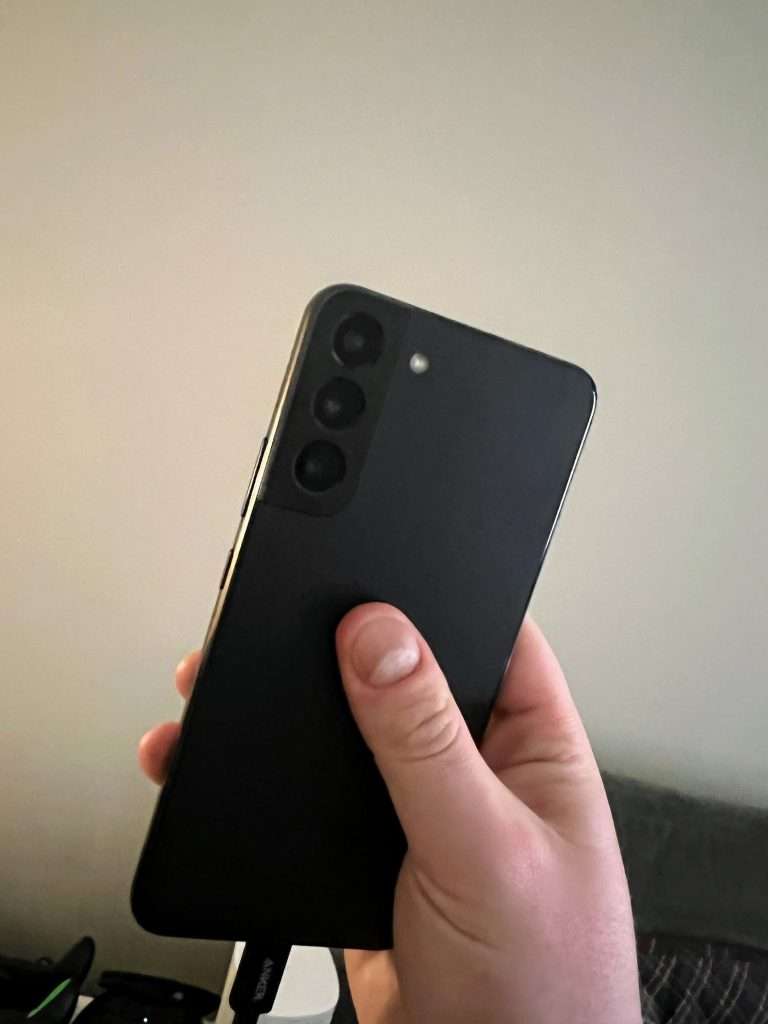 Easy. Apple wins this one, but it’s a closer call than it’s ever been. Samsung has given me the most enjoyable experience I’ve had with Android so far. It’s fast, fluid, and comes with nice additions to make it easier to use like being able to swipe quickly into the app drawer or making sure more options are in reach of your thumb.

However, Samsung still has a long way to go.

Set up takes a long time and there’s a constant stream of terms and conditions to approve the more you explore the phone. Multiple app stores, theming… there’s a lot going on. I will say, Dex is still super cool. Being able to connect your phone to a screen wirelessly or via HDMI and being able to fire up a quick desktop experience is very cool. You wouldn’t want to do your day job on this yet, but if you’re traveling or in a pinch – it’s amazing.

The iPhone 13 Pro Max is the first with a 120HZ screen meaning that motion is super smooth when scrolling (catching up to Samsung). The only other noticeable difference this time was things like the cinematic video mode which I rarely use. I’ll say this, MagSafe for me has been a game-changer with my wallet and charging all mostly done via MagSafe nowadays. 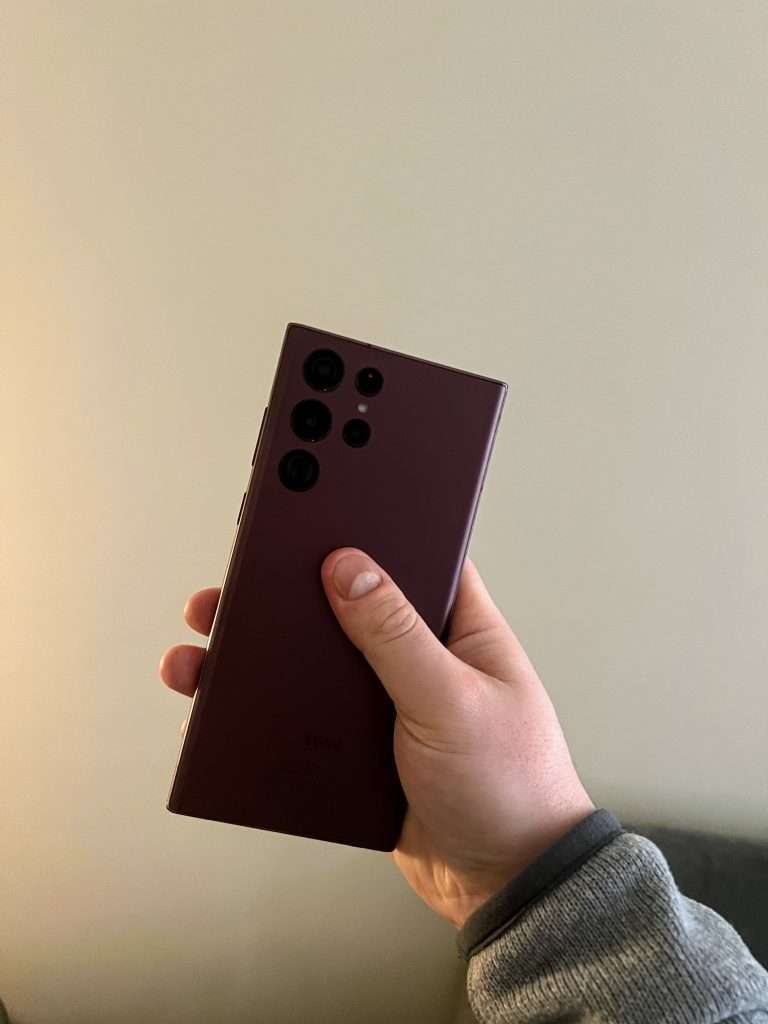 The S22 Ultra throws in a superzoom camera which is certainly impressive (and creepy!) in person. It seems to lock onto objects to help you track them which is useful too. Of course. We can’t talk about the S22 Ultra without mentioning the S-Pen. If you love the S-Pen, you’ll probably have already bought the S22 Ultra but if you’re on the fence between the S22 Ultra and the Plus (or the iPhone), ask yourself this. How often do you sign documents? That’s really the only use for it. If you’re an artist, you’ll have an iPad and won’t draw on a small screen. The average user won’t use this, and I barely used it in my time with the phone.

A key part of any phone review but honestly for the average user, you’ll get some stunning shots out of any of these phones. DXOMark do a better job of going into the details of what areas are stronger or weaker but personally, I’d call this a dead heat. Apple’s cameras seem to be the most reliable for getting a good shot that’s true to life. This year, I can see Samsung’s efforts paying off with less over-saturated photos and improved low-light performance. Weirdly, I found the front-facing camera taking shots that were too cold for me compared to iPhones so for selfie lovers, bear that in mind.

Overall, for me, the S22 Plus is the far more compelling phone out of the three. It strikes a balance between cutting-edge specs, a great camera, and great design with software that’s continually improving. The S22 Plus is great value starting from €1089 sim free with Samsung offering some tasty trade-in deals (up to €545 off at the time of writing). Compare that to €1179 for the iPhone 13 Pro or €1279 for the iPhone 13 Pro Max. Plus, there will be undoubtedly some great deals on it too over the years.

If my iPhone broke today, I’d genuinely have to think about buying one again or saving a wedge of money and getting the S22 Plus instead. In nearly every single task, it performs as well as an iPhone and in many cases even better. If you’re on the fence, the S22 Plus is a great safe bet, and for me? The Samsung Galaxy S22 Plus is the best Android phone on the market – hands down.