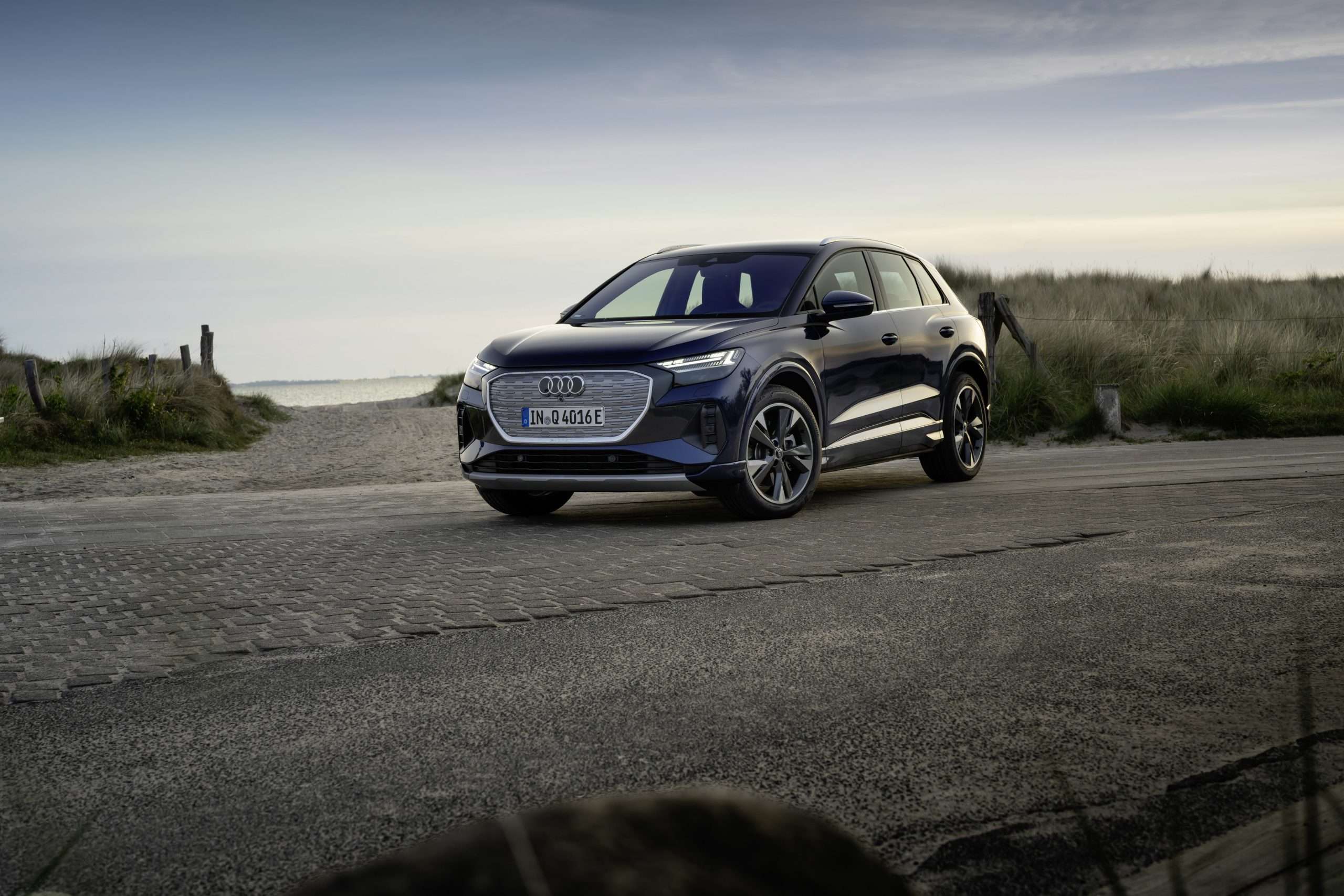 Audi brought the hugely impressive e-tron to market around three years ago. As impressive as it was, technology is moving quickly and there was a lot of excitement about where they would take the brand next. As part of the wider VW family, Audi have leveraged the dedicated MEB platform to build the Q4 on.

Audi SUV fans will be more than happy with the design of the Q4 e-tron. It has all the hallmarks of the Audi brand, despite a few tweaks to accommodate this being an all-electric vehicle. The grille maintains its traditional shape, adorned by the four-ringed logo. However that grille is fully closed off, and the four rings are flush. They now house a lot of the sensors for drivers assistance functions. There are some strong character lines beginning just above the front wheel arch that help shape the Q4 nicely. LED Matrix lights are available so drivers can customise as they please.

Inside, a 10.25” display sits just behind the steering wheel showing speed, range and other driver’s information. This is accompanied by an MMI screen of similar size that is built into the dash. The steering wheel has a flattened top and bottom, and is littered with Capacitive Touch buttons. Tech fans will be happy with the augmented reality head-up display. 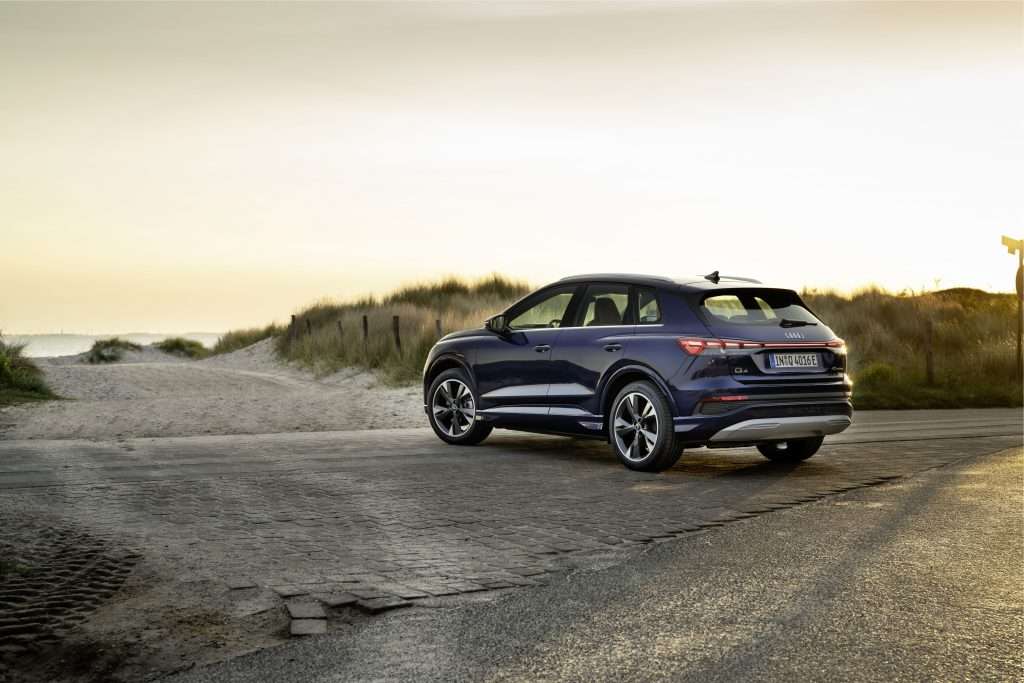 Interior space is quite good thanks to the Q4 being built on VW Group’s MEB platform, which allows them to repackage the car different from typical combustion models. So you get a flat floor entry into the boot with further space underneath for storing cables. Unfortunately, the Q4 does not have a frunk, but there is still an impressive 520 litres of storage. You can also fold down the 40-20-40 split seats to expand capacity to 1,490 litres.

The Q4 is Rear Wheel Drive from entry level, with the quattro 50 version being All Wheel Drive when it comes to market. There are many variations in between. The smallest battery is 52kWh usable, going up to 76.6kWh. This will give you real world ranges from just under 300km to about 400km for the higher spec levels. Power on the entry Q4 35 will be 125kW and 310Nm torque, translating to a 0-100kmh sprint in 9 seconds. Many buyers will likely opt for the Q4 40 which will have 150kW motor and slightly faster acceleration. The AWD 50 quattro will have two motors for a combined 220kW, 460Nm and 0-100kmh time of 6.2 seconds.

The Q4 is initially coming to market as the 35 and 40, but some time in 2022 will be joined by the 50 with the famous quattro labelling. Pricing will start at just over €40,000 for the 35 version. If you opt for the 40 and decide to go for the top spec you will be paying over €60,000. The 50 quattro will likely cost more than that once it is released for purchase in 2022. The Audi is a very compelling option, and is likely to convert a lot of drivers from combustion cars. It will be in competition with its sister SUVs, the Skoda Enyaq and iD.4., as well as other brands such as the Tesla Model Y and upcoming Nissan Ariya.

This review is in partnership with EV Review Ireland and you can learn more about what I thought of the Audi Q4 e-tron in the video below.

As the transition to EVs gathered pace in Ireland, Hyundai have been one of the success stories with the Kona…

The Renault Megane has been a steady sales success of the Irish motoring industry for many years. It always offered…