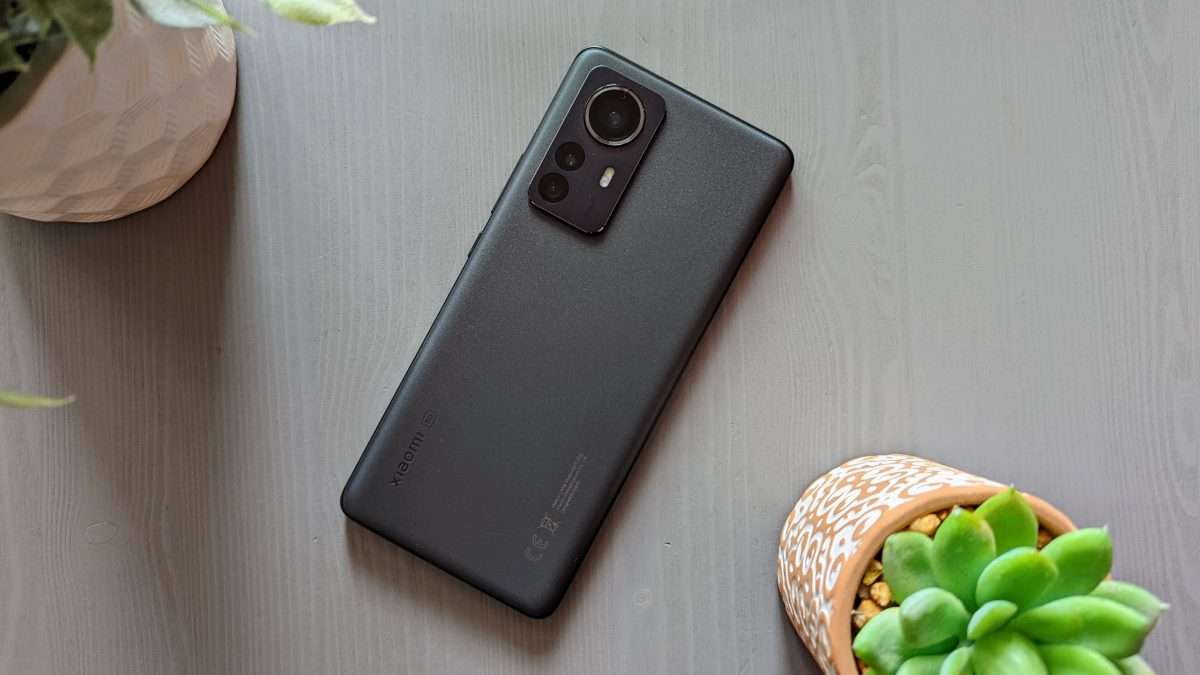 Back in April, Xiaomi officially announced they were entering the Irish market, bringing their latest flagship and Redmi devices to the country across a number of networks and electronic providers. Standing as the star of the launch, Xiaomi also introduced the Xiaomi 12 Pro to Irish audiences and there’s no doubt that it has all the makings of a premium smartphone. We’ve been playing with the handset for a few weeks now and here’s what we made of Xiaomi’s latest flagship.

The Xiaomi 12 Pro definitely conveys a premium, flagship appearance and design with its glass and metal construction. One aspect unique to the 12 Pro is its metal camera housing, which protrudes quite a bit from the back panel and houses the phone’s rather neatly arranged camera modules. 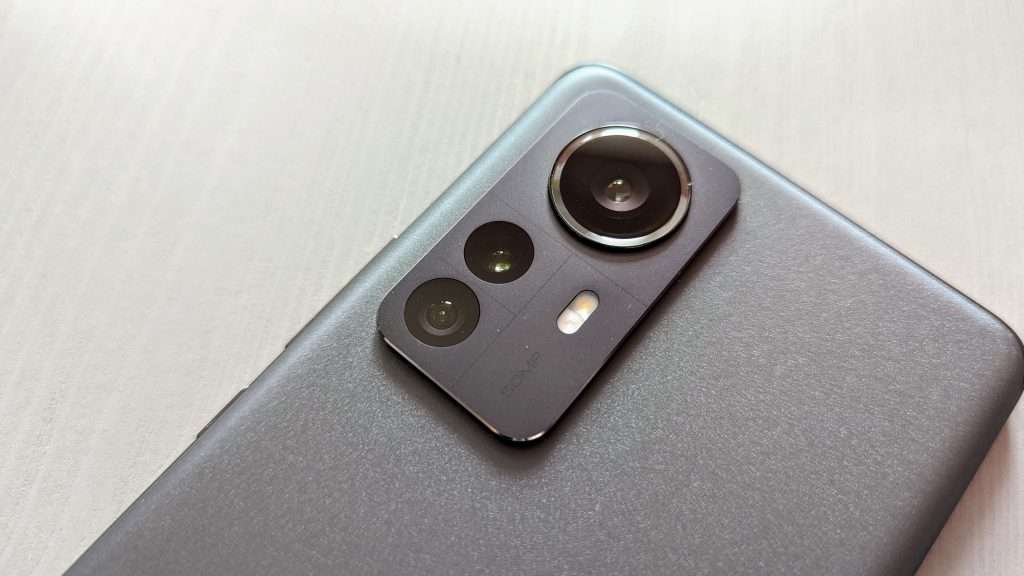 The rest of the back panel has a nice matte finish that is quite resistant to fingerprints, while the handset itself launched in a range of colours including ‘Noir Black’, ‘Couture Blue’, and ‘Opera Mauve’ colour options, Irish customers will only be able to pick up the ‘Black’ option, which is more so dark grey in person. 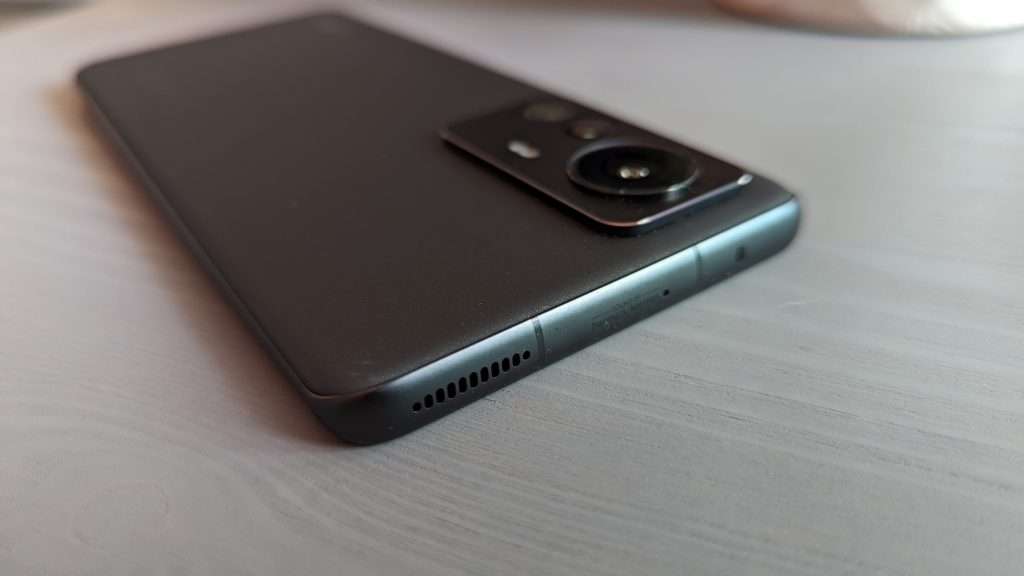 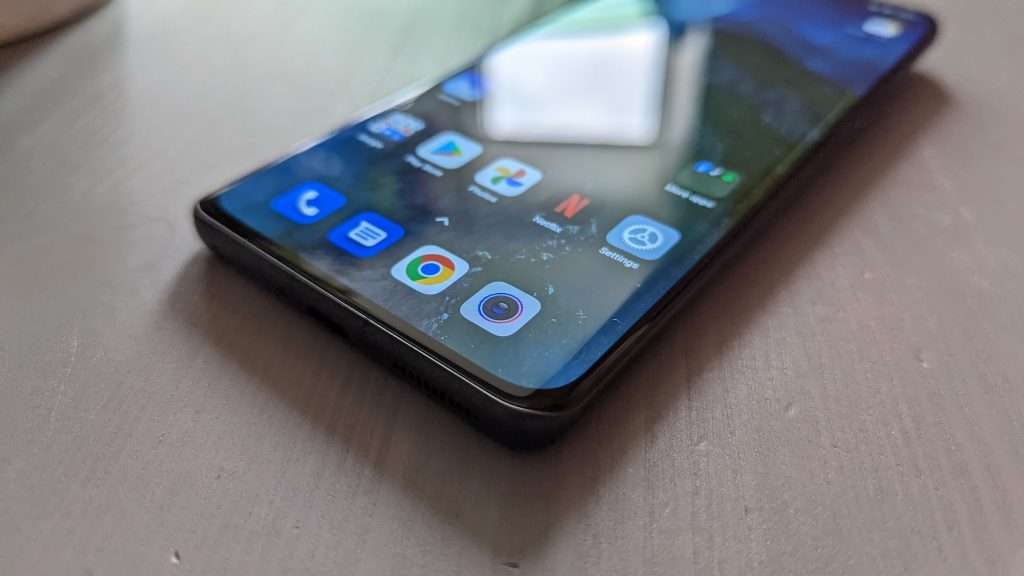 The sound on the Xiaomi 12 Pro is tuned by Harmon Kardon and is Hi-Res Wired and Wireless Audio certified. While the quad speakers don’t produce the loudest audio on a smartphone, it does offer more balanced audio.

The display on the Xiaomi 12 Pro is one of the best in its class with 15 awards from DisplayMate. The display itself uses a 6.73-inch QHD+ (2K+ Resolution) E5 AMOLED panel with an advertised peak brightness of 1500 nits, making it easily visible under direct sunlight. The 10-bit colour display has a 120Hz refresh rate and a 480Hz touch sampling rate, making it excellent for gaming. Additionally, the LTPO2 technology enables a variable refresh rate capable of scaling between 1Hz to 120Hz. 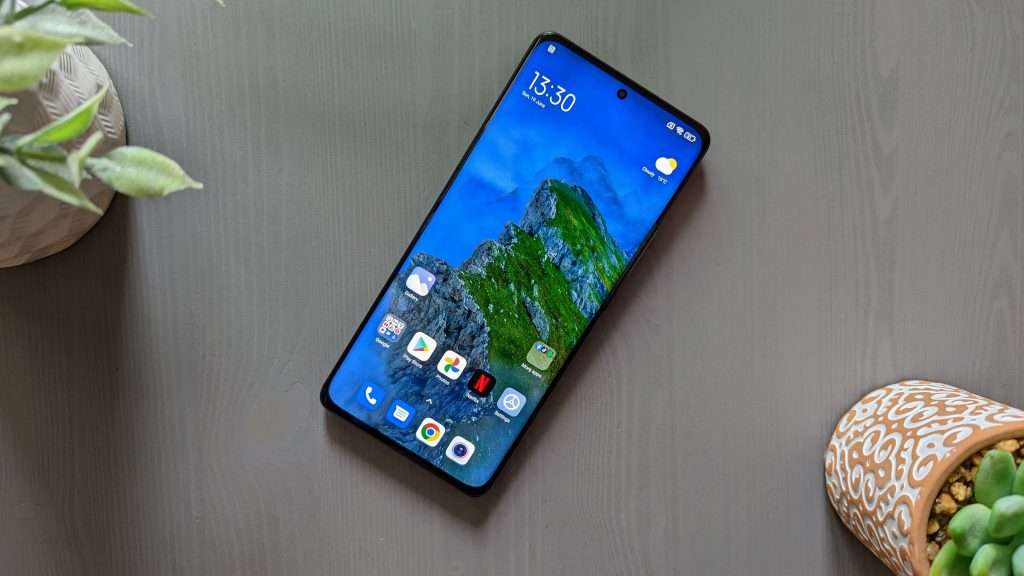 The screen also comes with AdaptiveSync Pro technology that helps switch the display to the exact refresh rate required for the task at hand. The panel also supports HDR10+, and Dolby Vision, and can register up to 10 fingers simultaneously. The screen also pumps out vibrant colours and sharp image quality. It also has excellent viewing angles. This is undoubtedly one of the best displays on a smartphone.

The Xiaomi 12 Pro runs on Android 12 with the MIUI 13 skin on top. The MIUI 13 skin features a ton of OS enhancements as well as a myriad of customisations. MIUI does have its share of bloatware but a lot of it can be uninstalled, although you’ll have to get used to first-party Xiaomi apps. Xiaomi has also implanted a lot of excellent Android features like the new and improved Privacy Dashboard. However, MIUI also brings its own custom features like Atomized Memory, Smart Balance, and more.

I will say that the interface is a lot cleaner than previous versions of the skin. It is worth noting that there are some features from Google’s latest OS that are missing, particularly Material You, but thanks to the myriad of customisations by Xiaomi, not a lot of them are missing. Lastly, Xiaomi is also providing three years of major OS updates and four years of security updates, which is second in Android only to Samsung.

For performance, the Xiaomi 12 Pro opts for a Snapdragon 8 Gen 1 chipset paired with up to 12GB of LPDDR5 RAM. The phone also comes with 256GB of UFS 3.1 storage across both variants. The Xiaomi 12 Pro also has a large cooling system that is designed to keep the phone cool under pressure, and it handles this task pretty well. However, long gaming sessions will see the phone get pretty hot, despite the large cooling solution.

Genshin Impact, Call of Duty: Mobile and Asphalt 9: Legends all ran smoothly without any hitches. In terms of performance, the Xiaomi 12 Pro doesn’t seem to be lacking, in fact, it exceeded expectations in everything I threw at it.

Photos and videos on the Xiaomi 12 Pro are handled by a triple-camera setup. This setup includes a 50 MP Sony IMX707 primary sensor with OIS, a 50 MP ultrawide lens with a 112-degree FoV, and a 50 MP telephoto unit with 2x optical zoom. On the front, the 12 Pro opts for a 32 MP selfie shooter with an f/2.5 aperture. So how do these cameras perform in real-world scenarios; the short answer is pretty good! But let’s flesh it out.

It is worth noting that the Xiaomi 12 Pro has one of the largest main camera sensors, bigger than that of the Galaxy S22 Ultra. The large sensor results in some stunning imagery. The main camera captures photos with accurate colours with a bit of punch and vibrance. 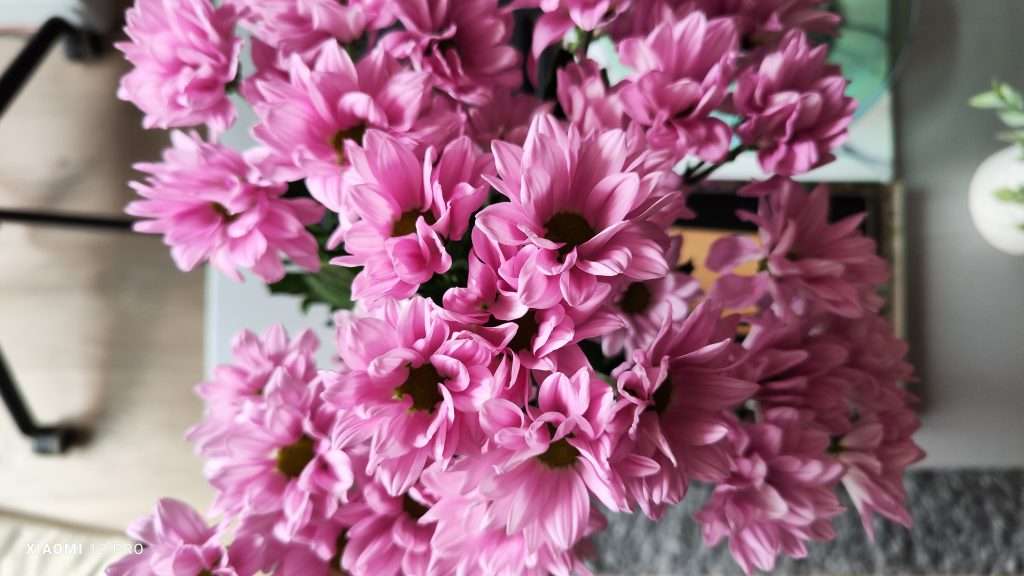 Colour tones are not always natural-looking, but that’s not such a bad thing as it can make photos pop. Additionally, there are no signs of excessive sharpening and dynamic range was always on point. There’s also a 50 MP mode to get more detail in a shot, although it wasn’t very different from the main camera. 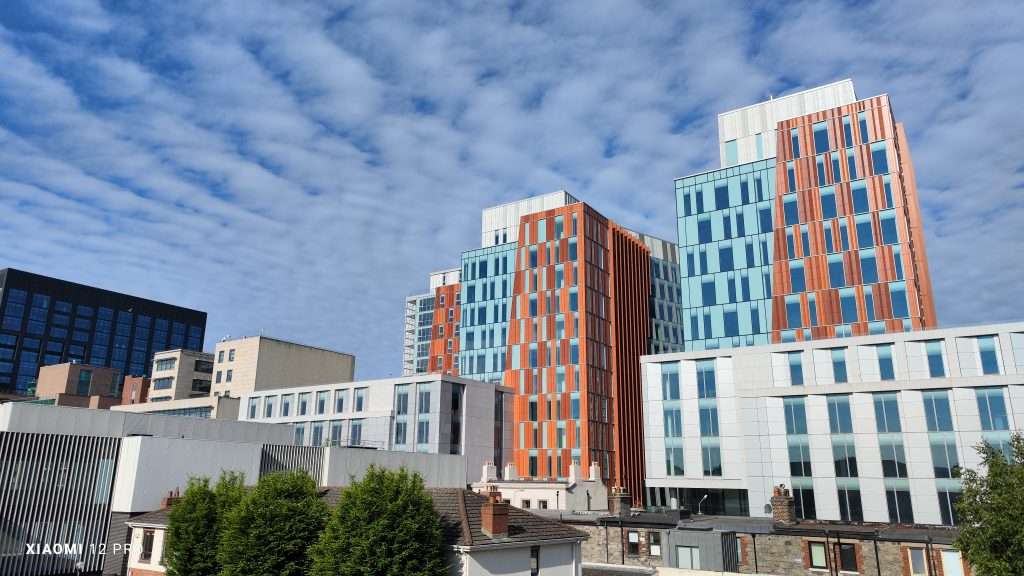 I also found that the main camera dealt with images in complex lighting equally well. Night mode kicks in automatically in dimmer environments and the results are quite impressive. Images are on the darker side as the algorithm doesn’t dramatically brighten shadows, although colours tend to pop, while images didn’t appear too saturated. Night mode also handled noise extremely well and maintained good levels of detail in shots. And all of this is done in a matter of seconds. 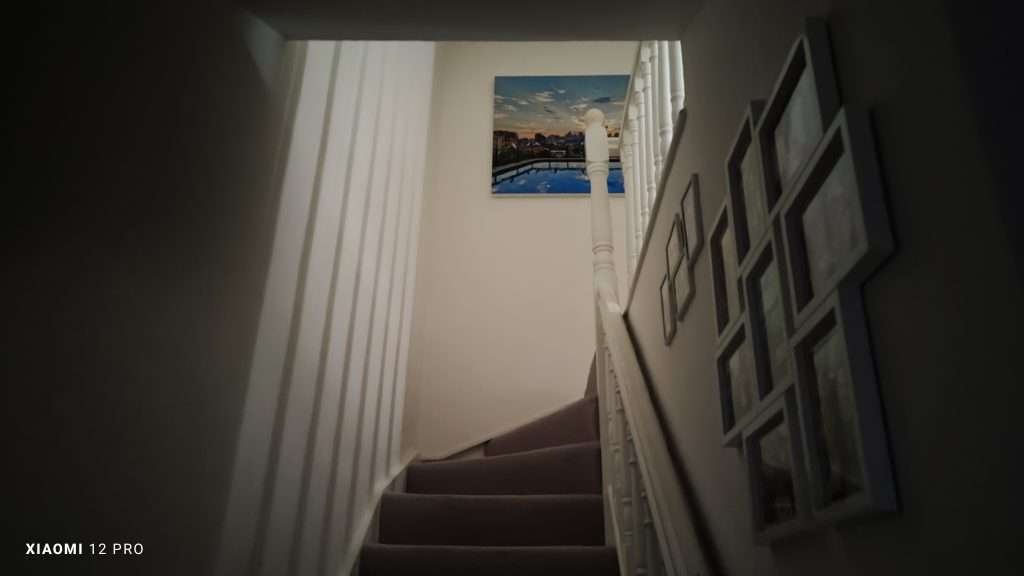 A sample ‘Night’ mode photo from the Xiaomi 12 Pro | TheEffect.Net 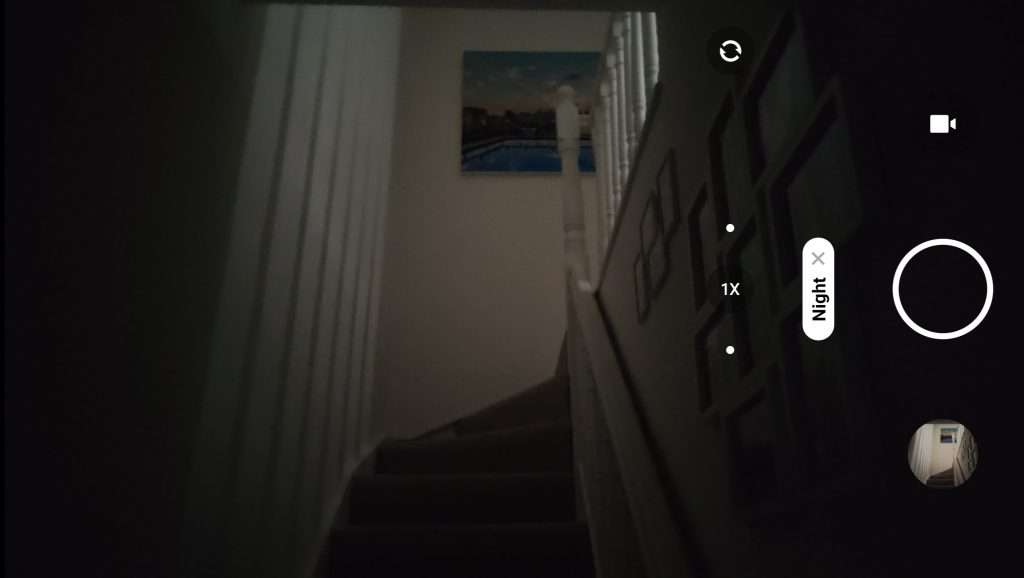 Here is what the viewfinder could actually see when taking the above ‘Night’ shot. | TheEffect.Net

While the 50 MP ultrawide does sound impressive on paper, Xiaomi uses a smaller Samsung JN1 sensor. There’s no crazy 150-degree focal length like we saw with the OnePlus 10 Pro however, the ultrawide maintains colour consistency with the main camera, while also pumping out sharp and crisp photos with good dynamic range and detail. 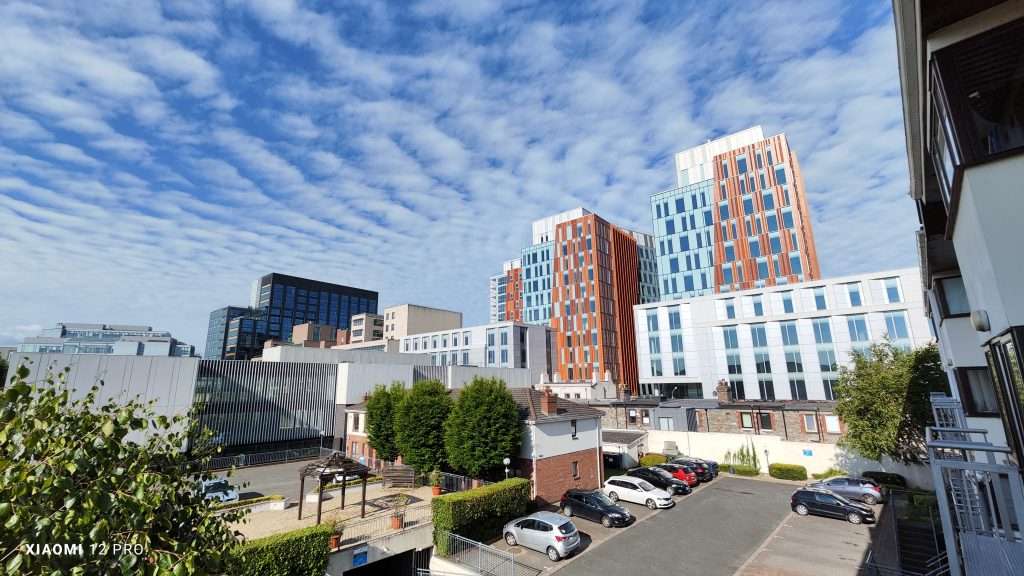 Last but not least is the 50 MP telephoto camera, which uses the same sensor as the ultrawide camera. The unit offers 2x optical zoom, which is rather disappointing considering the crazy zoom numbers we’ve seen on devices like the Galaxy S22 Ultra. The results on the telephoto camera weren’t that much different from that of the ultrawide unit. 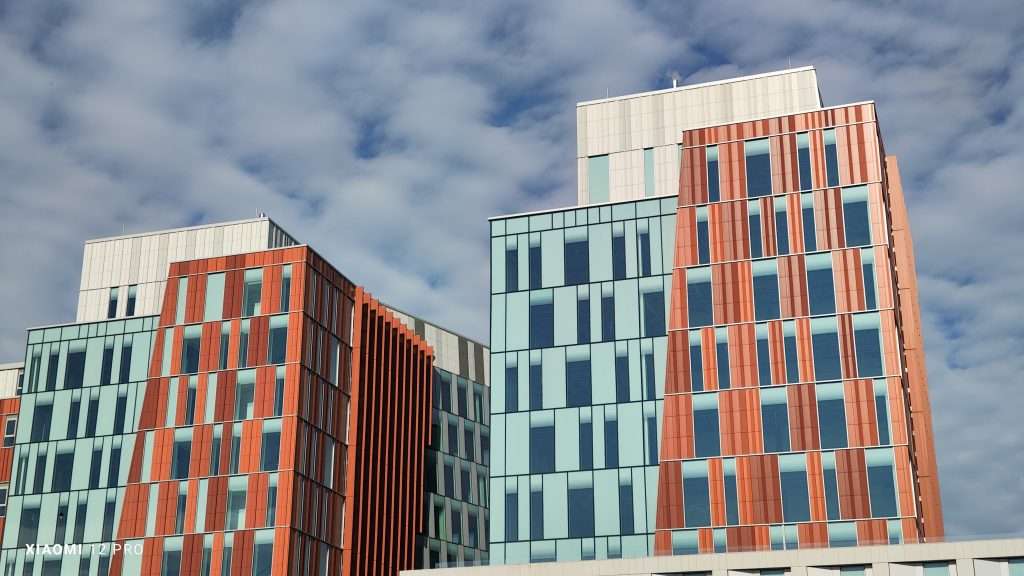 However, detail tends to drop off after 5x zoom, although the phone also remains quite stable at 20x zoom. 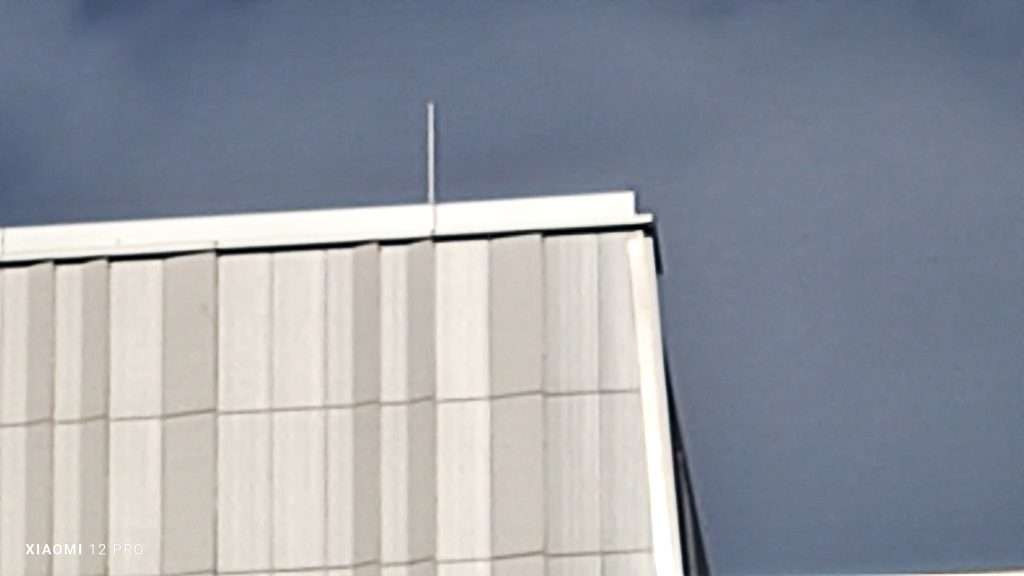 The camera also switches to the telephoto sensor when using Portrait mode, although I’d prefer the option of using it with the main camera as well. Selfies are handled with the 32 MP front camera, producing nice colours with good dynamic range. 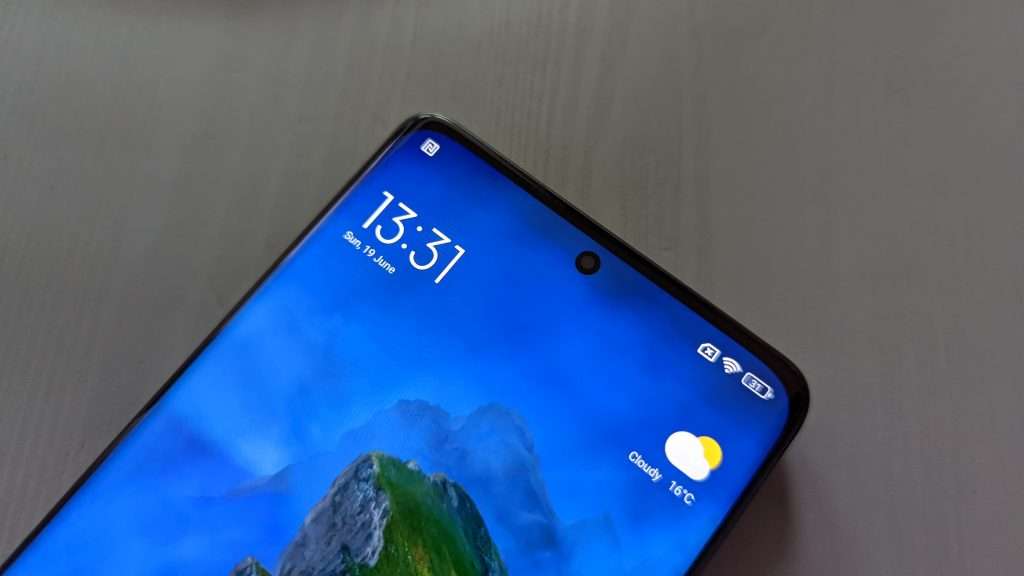 Edge detection was also on point when using the portrait mode on the front camera. 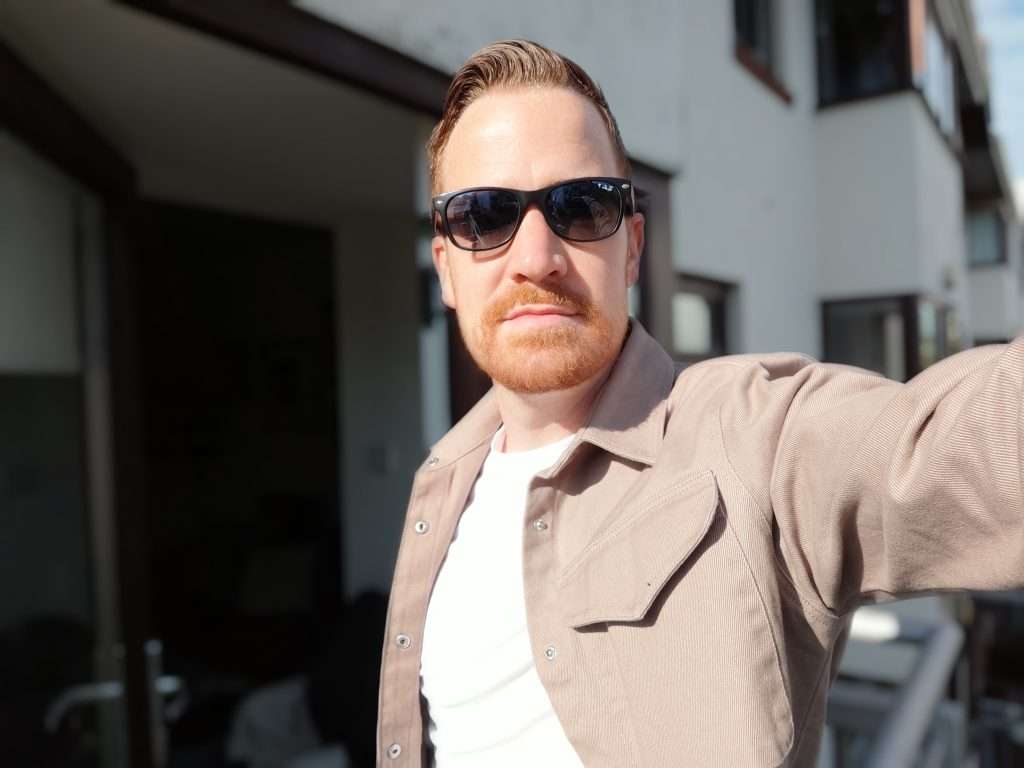 A sample Selfie from the Xiaomi 12 Pro | TheEffect.Net

The Xiaomi 12 Pro has a ton of modes, including a Long Exposure, Dual Video, VLOG, Supermoon, Movie Effects, Short Video, and more.

And since we’re on the topic of videos, the Xiaomi 12 Pro can capture 8K video at 24fps or 4K video at 60fps. However, HDR doesn’t go past 4K at 30fps. I preferred recording video in 4K resolution at 30fps or 60fps at times, you’ll also find good dynamic range and stabilisation across all resolutions, but it is particularly effective in 1080p. The 12 Pro could also impressively shoot 4K video at 60fps across all three rear camera sensors. On the front, the selfie camera was limited to 1080p at 30fps.

The Xiaomi 12 Pro packs a pretty sizeable 4,600 mAh battery that easily gets through a full day, even if you indulge in an hour of gaming. I did notice that the Snapdragon chip worked quite efficiently when the phone was in idle or while performing regular browsing or texting. However, gaming took a much heavier toll on the battery, something we’ve come to expect with the new Snapdragon 8 Gen 1 SoC.

While we are used to quick charging speeds these days, Xiaomi has brought its 120W HyperCharge technology to the Xiaomi 12 Pro, which takes things to another level. As a result, while the 4600 mAh battery will see off a day of use with the display’s resolution maxed out (it is set to full HD+ by default), the 120W charger in the box will get the phone from nix to full in about twenty minutes when in Boost mode.

The Xiaomi 12 Pro is in the thick of it, with competition coming from the best of the best. However, at a starting price of Rs 62,999, the Xiaomi 12 Pro does have an edge over its competitors in the price department. But that edge continues in camera department as well with the Xiaomi 12 Pro offering some of the best photo quality in the segment. The phone also features class-leading performance, display, and charging.

If you are fishing for a very good flagship phone with a limited budget, then the Xiaomi 12 Pro is worth considering. There are many aspects of the Xiaomi 12 Pro, most importantly the camera performance, that surpass that of its competitors, despite their higher pricing.

The Xiaomi 12 Pro is available in a single 12GB RAM +256GB of storage option for €1099 from Euronics Group, Expert Group, JAV Electronics and DID.

The phone is also available on Vodafone bill pay, starting at €40/month with an upfront promotional fee of €599. 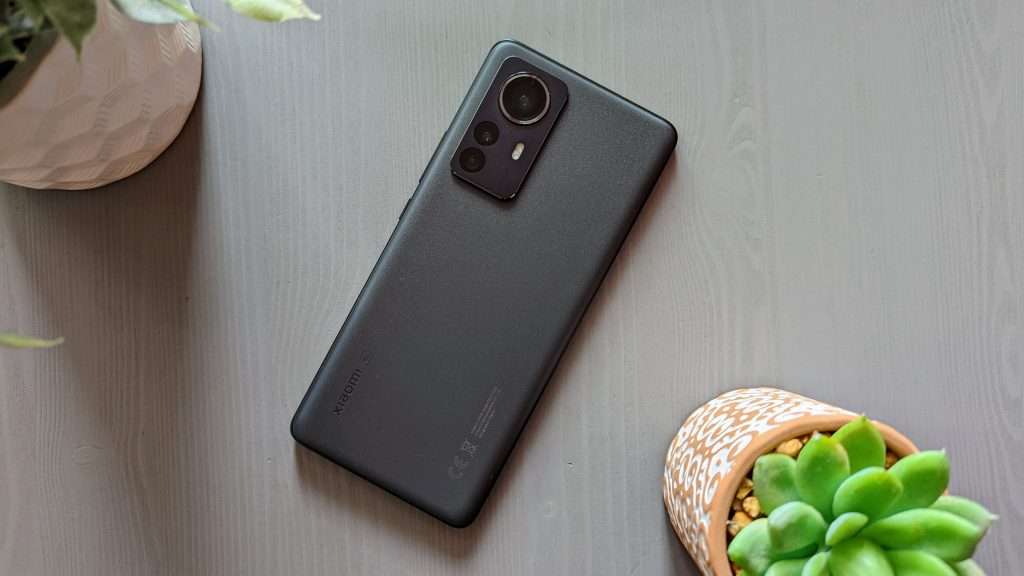 If you are fishing for a very good flagship phone with a limited budget, then the Xiaomi 12 Pro is worth considering. There are many aspects of the Xiaomi 12 Pro, most importantly the camera performance, that surpass that of its competitors, despite their higher pricing.