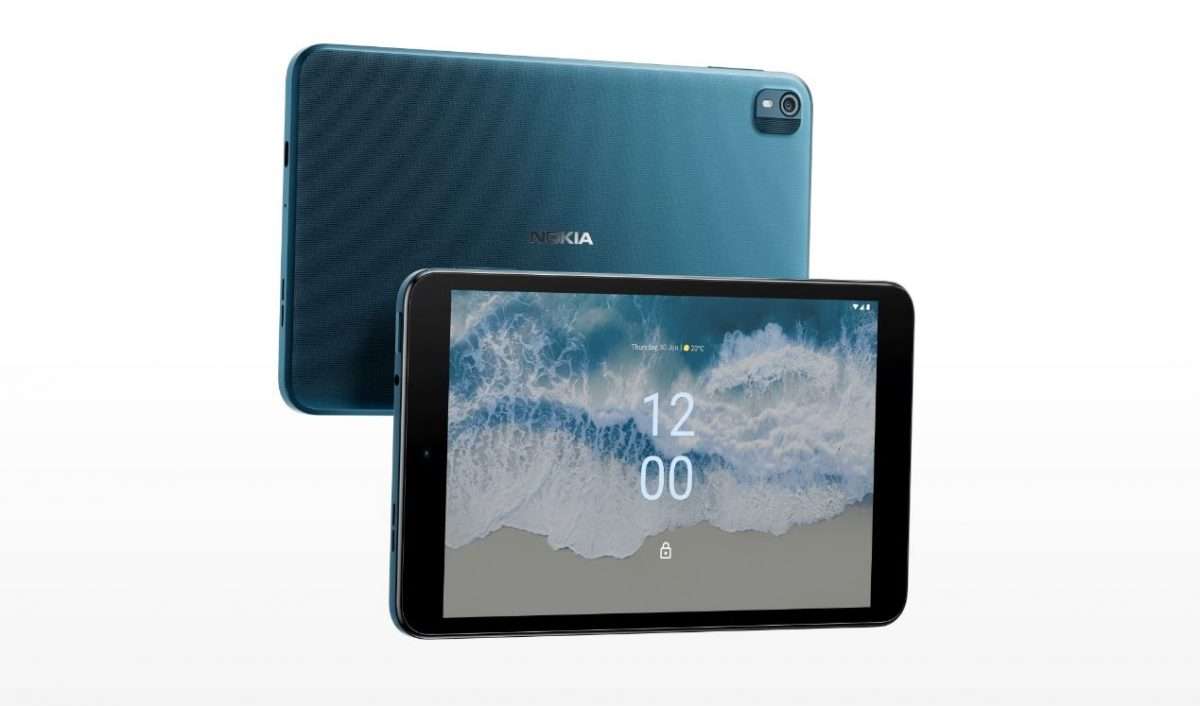 Nokia has just announced their new Nokia T10 Android tablet for the Irish market. The all-new Nokia T10 comes with an 8″ display and has both Wi-Fi and LTE variants. Some of the highlights of the new Nokia tablet include a Unisoc chipset, IPX2 rating, and up to 3 years of security updates. 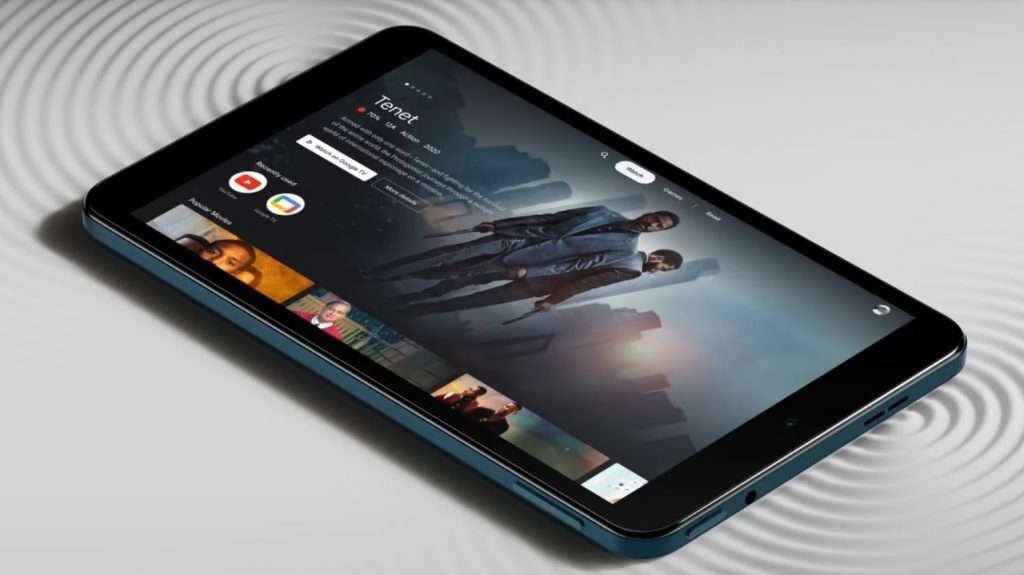 The Nokia T10 comes with a simple design offering a compact display. It sports an 8-inch display with HD+ (1200 x 800 pixels) resolution and up to 450 nits of brightness. It comes powered by the Unisoc T606 SoC paired with 3GB of RAM and 32GB of internal storage. It has a microSD card slot for additional storage up to 512GB.

The tablet features a 2MP front camera for clicking selfies and doing video calls. On the rear, there’s an 8MP primary lens with autofocus support. It also has an LED flash on the rear to assist the camera in dark scenarios.

It packs a 5,250mAh battery with support for 10W fast charging technology. The tablet comes in both Wi-Fi and LTE variants. It supports connectivity options like 4G LTE, dual-band Wi-Fi, and Bluetooth 5.0. The tablet also comes with an FM radio and a 3.5mm headphone jack for audio.

The tablet boots on Android 12 OS out of the box with support for three years of security updates. Nokia claims that it is an Android Enterprise Recommended tablet. It supports facial unlock offering added security. Adding to its durability is the IPX2 water resistance rating.

The Nokia T10 tablet comes with Netflix’s HD certification and has Google’s kids space support. It has a single Ocean Blue color option. 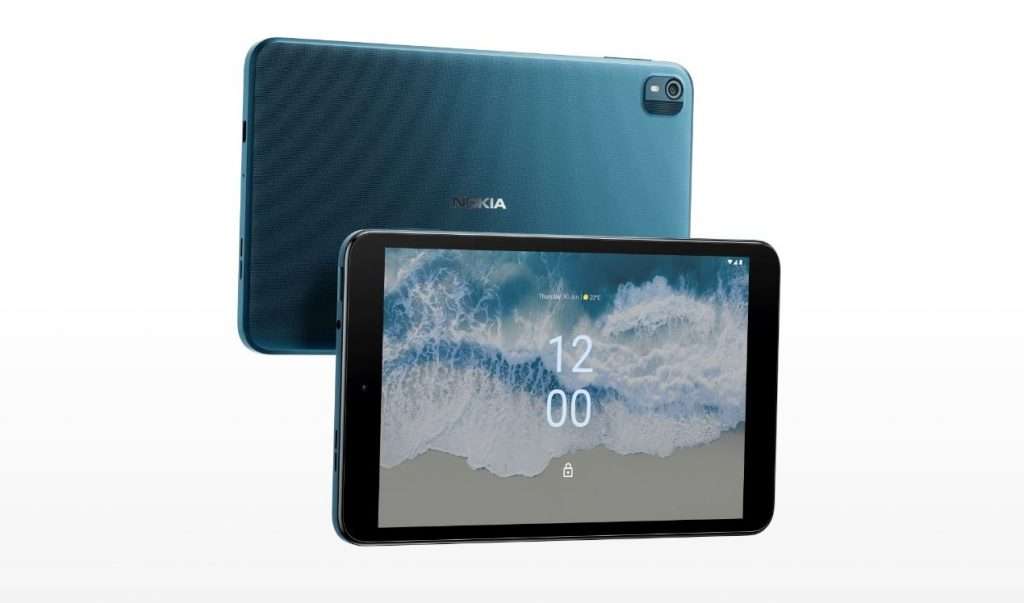 The Nokia T10 is set to cost €169 for its 3GB RAM/32GB Storage variant here in Ireland and is expected to start shipping on July 27th.

The phones come with a design similar to the older phones, however, they are fitted with some modern features. For instance, the Nokia 8210 4G, as the name suggests, brings 4G connectivity to the table.

The most interesting one among the three is Nokia 5710 XpressAudio which comes with built-in TWS earphones at its back. Below are the key specifications and pricing details of the three phones.

The Nokia 8210 4G is the 4G model of the Nokia 8210 launched two decades ago. Its design is similar to its grandfather. However, the device comes with some decent upgrades. It has dual-SIM support and runs S30+ OS. The feature phone comes with a 2.8-inch QVGA display. It has LTE connectivity and is made using durable polycarbonate material. 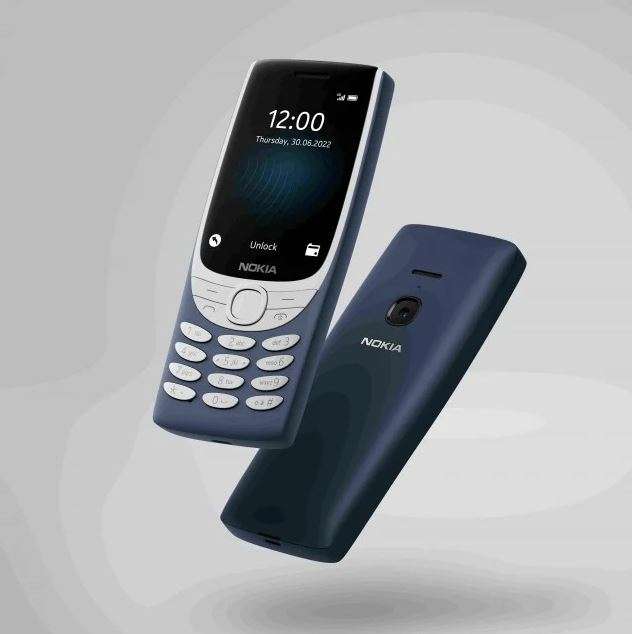 It draws power from a Unisoc T107 SoC under the hood. The phone is fueled by a 1,450mAh battery that can last up to 19 days on standby. It has a VGA camera, 128MB of inbuilt storage (Expandable up to 32GB storage), FM Radio, and an MP3 player. Best of all, the smartphone comes with the addictive Snake Game that we all played back in the day.

The Nokia 2660 Flip, as you might have guessed, is a flip phone. It has the iconic clamshell-like design and comes with dual-SIM support. The handset has two displays. It has a 2.8-inch QVGA display on the inside and a 1.77-inch QQVGA display on the back. 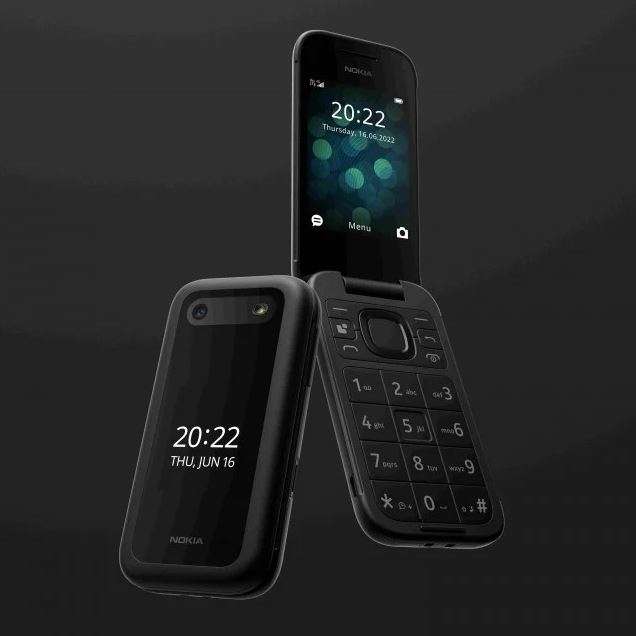 The phone is powered by a Unisoc T107 processor and has 128MB of inbuilt storage which can be extended up to 32GB storage with a microSD card. The device comes with a 1,450mAh battery that can last up to 20 days on standby. It also has an FM radio which works without plugging in the earphones along with an MP3 player and VGA camera.

Nokia 5710 XpressAudio is a unique addition to Nokia’s feature phone segment. It comes with an out-of-the-box design with a slider at the back for in-built TWS earbuds. Nokia 5710 comes with a 2.4-inch QVGA color screen and features audio controls on the side of the display. 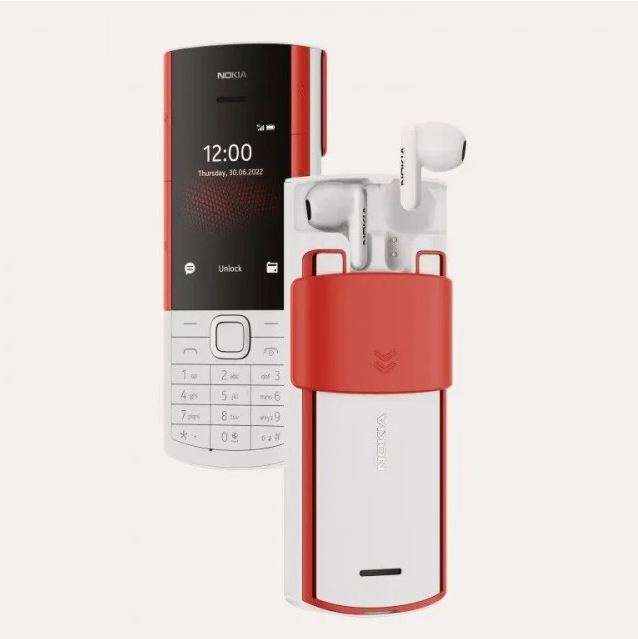 The phone has a VGA rear camera and is powered by a removable 1,450 mAh battery that can last up to 6 hours of 4G talk time. On the software front, it runs the S30+ interface. The handset supports dual-SIM cards and features a Unisoc T107 SoC. It has 128MB storage and expands up to 32GB. 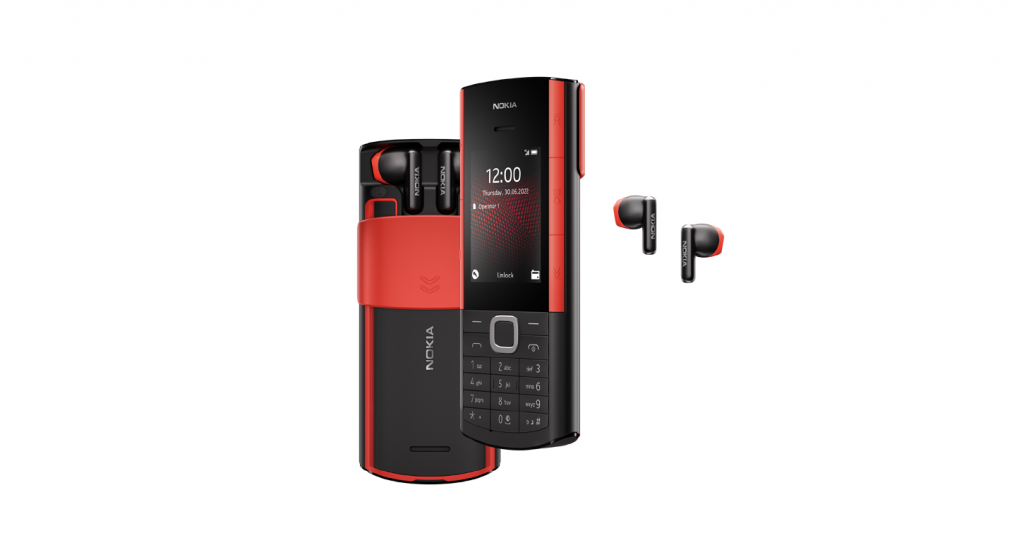 As you're all painfully aware, we've been going through quite the bout of hot weather recently so interest in ways…