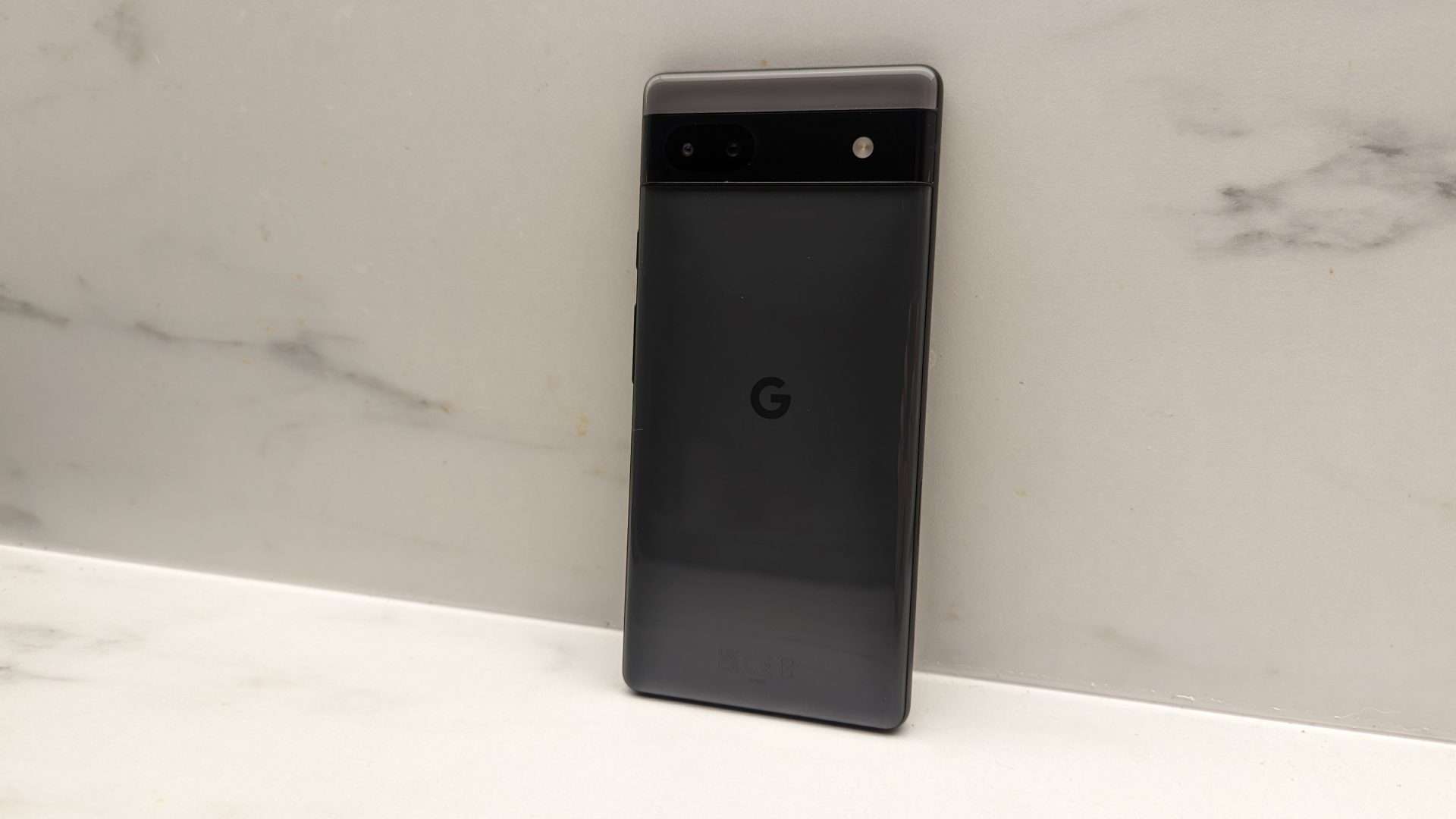 Google’s latest entry in their Pixel A-series is here in the form of the Pixel 6a and, spoiler alert, this is a great phone, in all the places it needs to be for its price point.

Priced at €459, the 6a will launch on July 28th. Preorders are live now also, and you’ll have the choice of three different color options: Sage, Chalk, or Charcoal (black with a dark grey slide on the upper back section) like the one we were sent for review. For a limited time, Google will offer free Pixel Buds A-Series when you preorder the device.

From my time with the phone, the Pixel 6a definitely has the potential to become the new default Android mid-ranger. Sure, there are phones in this price range that might offer slightly better specs or outperform the 6a in specific areas, but because of how well-balanced the 6a’s experience is, the device might as well become the new starting point for shoppers who need an Android phone under €500. It’s just that good. 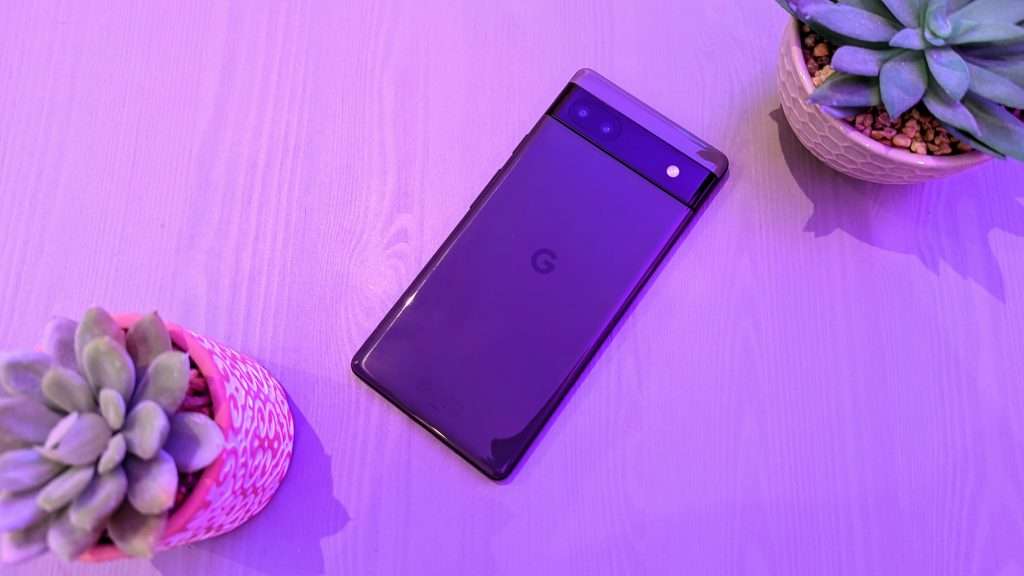 The design of the 6a is terrific, with a nearly identical appearance to the standard Pixel 6 with its aluminum rails and glass exterior. Google isn’t using the fancy Gorilla Glass Victus in this case (you’re left with the aging Gorilla Glass 3 on the front and unbranded 3D glass on the back), but it still makes for a very appealing form factor. It’s also a great size thanks to the 6.1-inch screen. 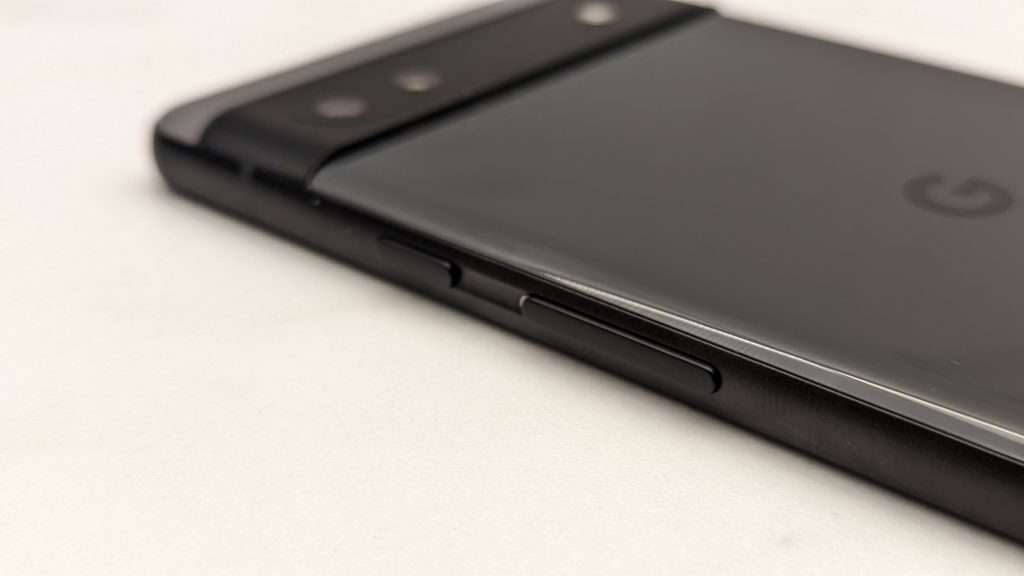 Speaking of which, the display on the 6a is really solid. It’s an AMOLED panel so you get inky blacks and vibrant colors, and it boasts a Full HD+ (2400×1080) resolution that’s plenty sharp. What I don’t like is its inability to get bright enough to see outdoors, and the auto brightness is also pretty slow and clunky. 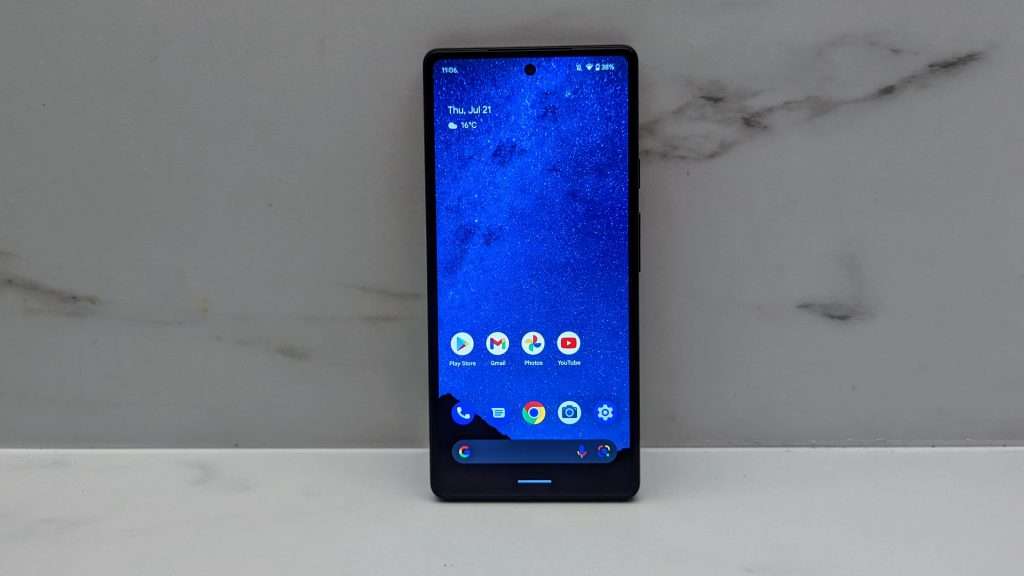 It’s also locked to 60Hz, and because I’m used to looking at 90Hz and 120Hz panels, I’m gonna call this a downside but, admittedly, some users might not care all that much for higher fresh rate or even notice the difference. There’s similarly-priced phones on the market with faster refresh rates, so I’m a little disappointed Google didn’t include it.

I wouldn’t necessarily call it flagship-level performance, but the Pixel 6a is certainly one of the fastest mid-rangers you can get. It’s thanks to Google’s inclusion of its Tensor processor, a chip that can also be found in the Pixel 6 and 6 Pro.

It’s only paired to 6GB of RAM which I blame for the lack of 1:1 performance between the three Pixels, but it certainly gets the job done. Only occasionally would the device choke (such as in the camera app).

I’ve always been a fan of the ‘Vanilla Android’ Pixel experience. I know that other UIs from other companies have gotten better over the years, but using Android 12 on the 6a reminded me yet again why the first Android phone I reach for is always one with a “G” on the back of it. Everything is silky smooth and aesthetically pleasing, and features like Material You and Now Playing continue to be a joy to use. I did run into a few bugs during my review period (some apps would hang, others would stutter when opening, UI elements could act a little funky at times), but it seems that that’s sort of a tradition with new Pixel phones.

The 6a will get five years of software updates from Google, and it seems that Android 16 will be the last major version of Android it’ll get since generational updates will stop after three years. That lines up with what we expect from the Pixel 6 and 6 Pro, so at least you won’t get gipped in the software department despite spending considerably less money for the 6a.

These are Pixel cameras, through and through. So much in fact that Google decided to include the same 12.2MP main lens it’s been using for nearly four years now. It’s paired to a 12MP 114-degree ultra wide camera, and the results are what you’d expect: contrasty, colorful photos in almost any light setting. 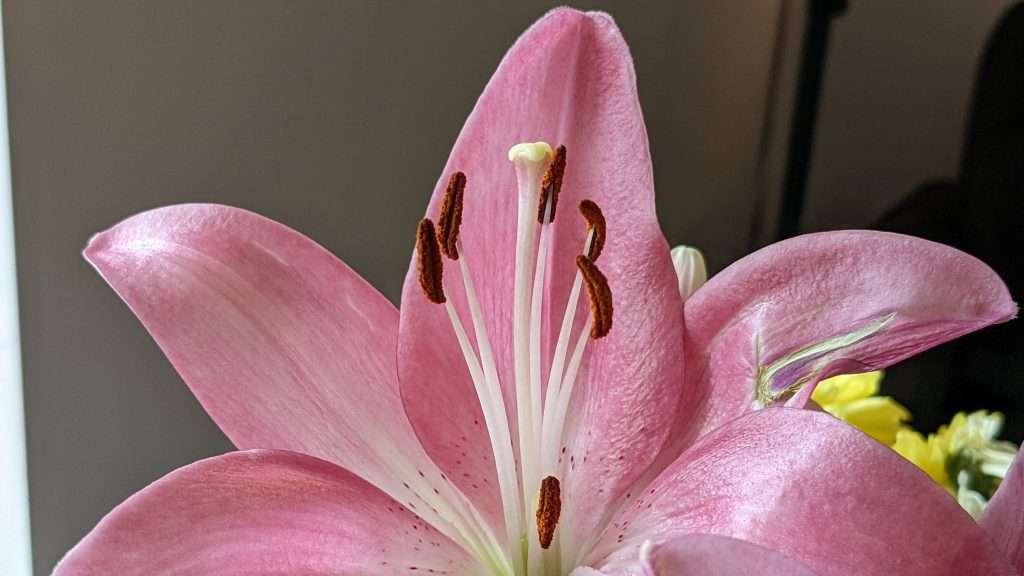 A sample using the 2x digital zoom setting in the camera app | TheEffect.Net 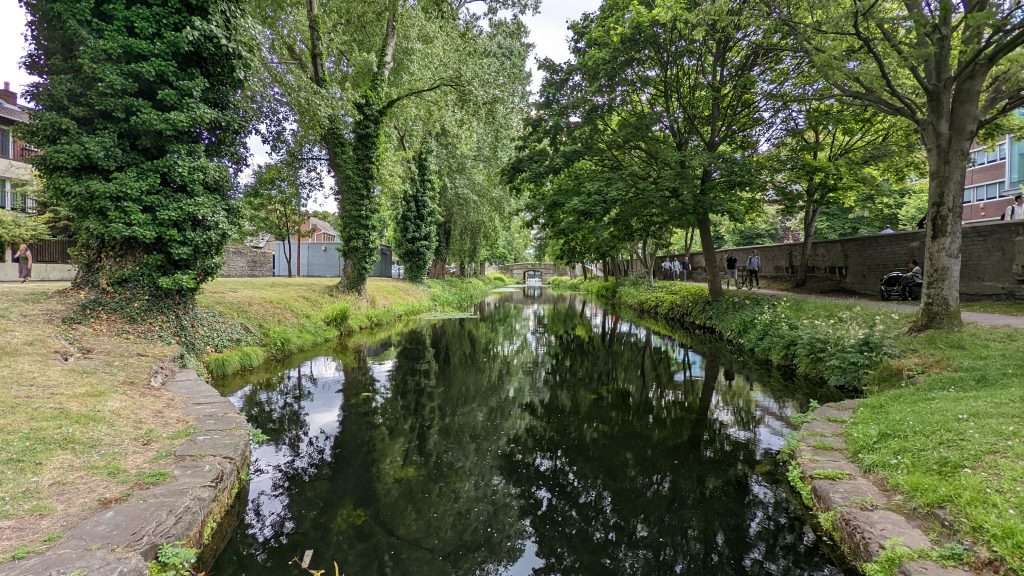 Compared to the Pixel 6’s 50MP camera, you don’t get as much detail or as much light, but they’re good enough (which is nice to say since this is the first Pixel A-series phone not to get the same cameras as its more expensive siblings). 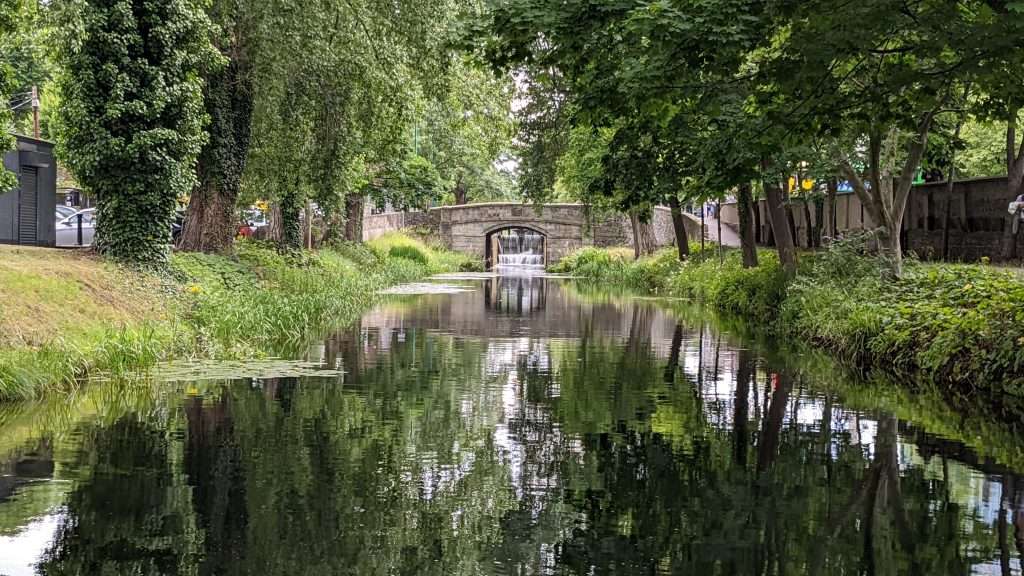 A sample 2x digital zoom shot from the same position as the above image | TheEffect.Net

Thanks to Google’s inclusion of their custom Tensor chip, the 6a is also capable of some of the cool party tricks its bigger siblings can pull off, such as Magic Eraser, but it’s also got first dibs on a new addition to this particular feature called ‘Camouflage’. What this does is, rather than trying to ‘erase’ something from a photo, it allows you to simply ‘dull’ its colours so as to try and camouflage it into the background.

You’ll see I’ve used the effect on the first of the two images below to dull the colours of the red cars in the parking lot and also the blue sign above the entrance to the underground carpark. Whislt not the best example of the feature in action, it could come in handy for adding those final touches to an image where an object or person is simply to prominent to fully remove with the ‘Magic Eraser’ too. 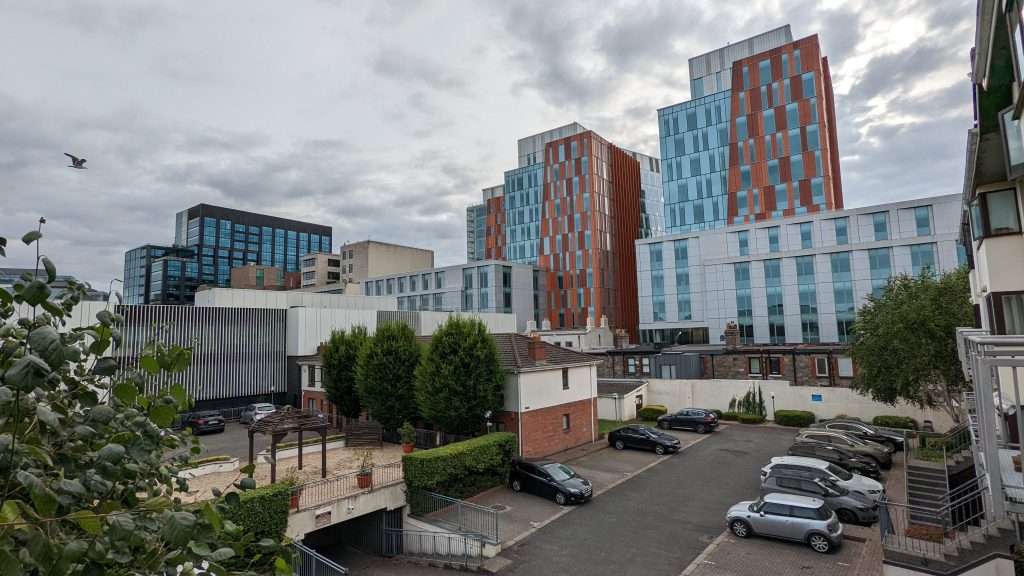 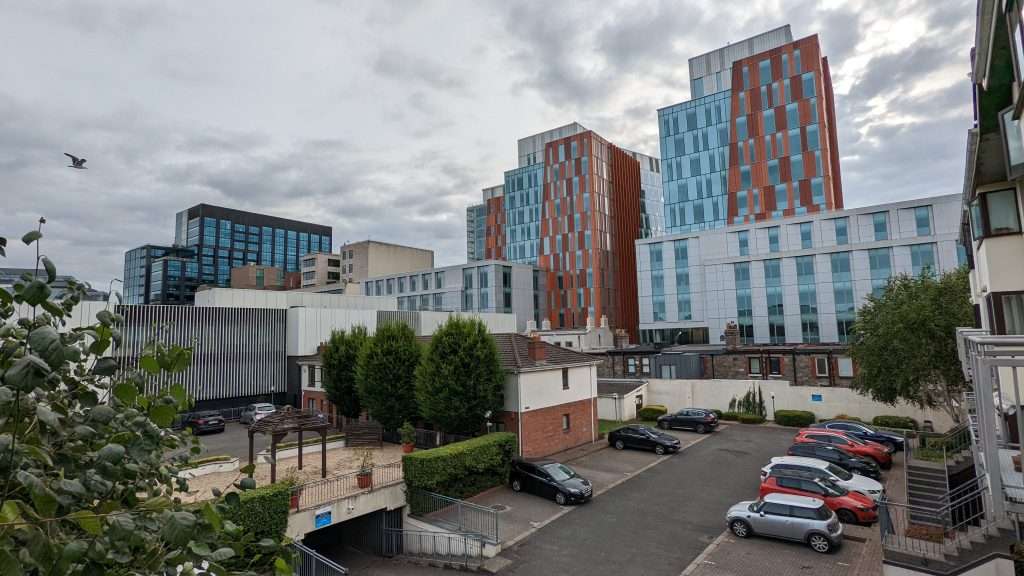 The Selfie camera is also more than capable and produces some impressive portrait shots with good edge detection and colour balance. 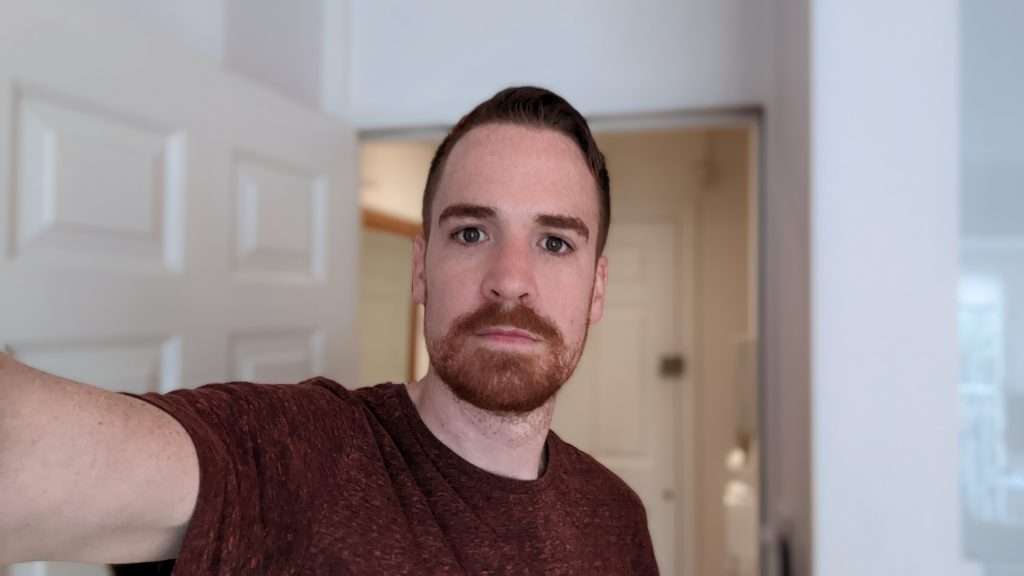 The 4,410mAh battery lasts all day. I never struggled to get through a full day of use during my week and a half with the Pixel 6a. I regularly ended nearly 16-hour days with 30-35 percent left in the tank. There’s no wireless charging, so you’ll have to use the included USB-C cable which can supply up to 18W fast charging (assuming you have a brick that supports it, since google doesn’t include one in the box anymore).

With all of the above taken into consideration, the Pixel 6a is still a pretty easy recommendation, given what you get for the price point. Sure, I have some gripes with it, but at €459, the experience you get is almost unmatched. While other companies focus on only making certain parts of their mid-rangers great, Google wants the whole phone to be as balanced as possible, and that’s what you get with the 6a.

The Pixel 6a is available for pre-order now for €459 and Google will through in a pair of their impressive Pixel Buds A Series earbuds if you do. 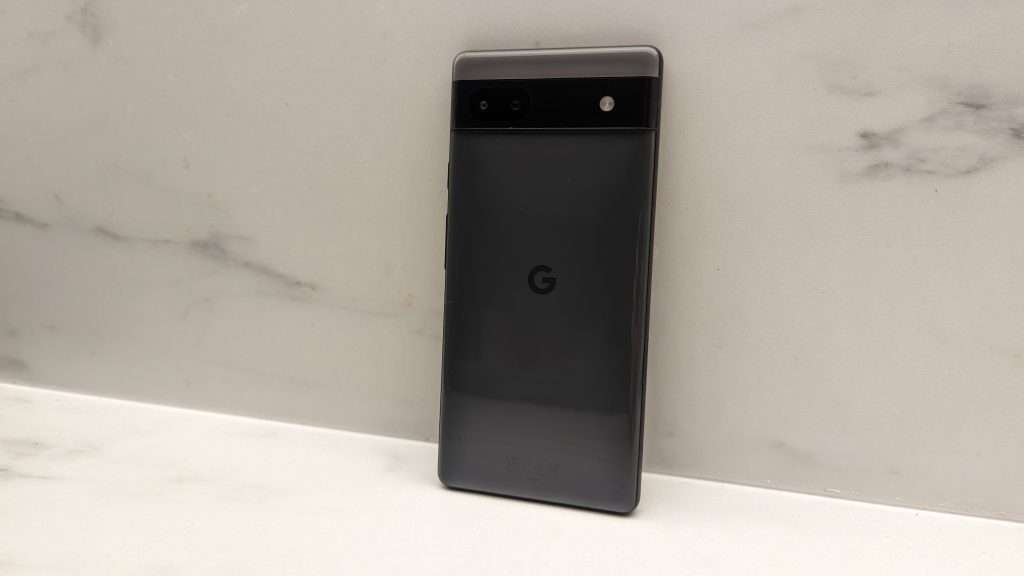 With all of the above taken into consideration, the Pixel 6a is still a pretty easy recommendation, given what you get for the price point. Sure, I have some gripes with it, but at €459, the experience you get is almost unmatched.