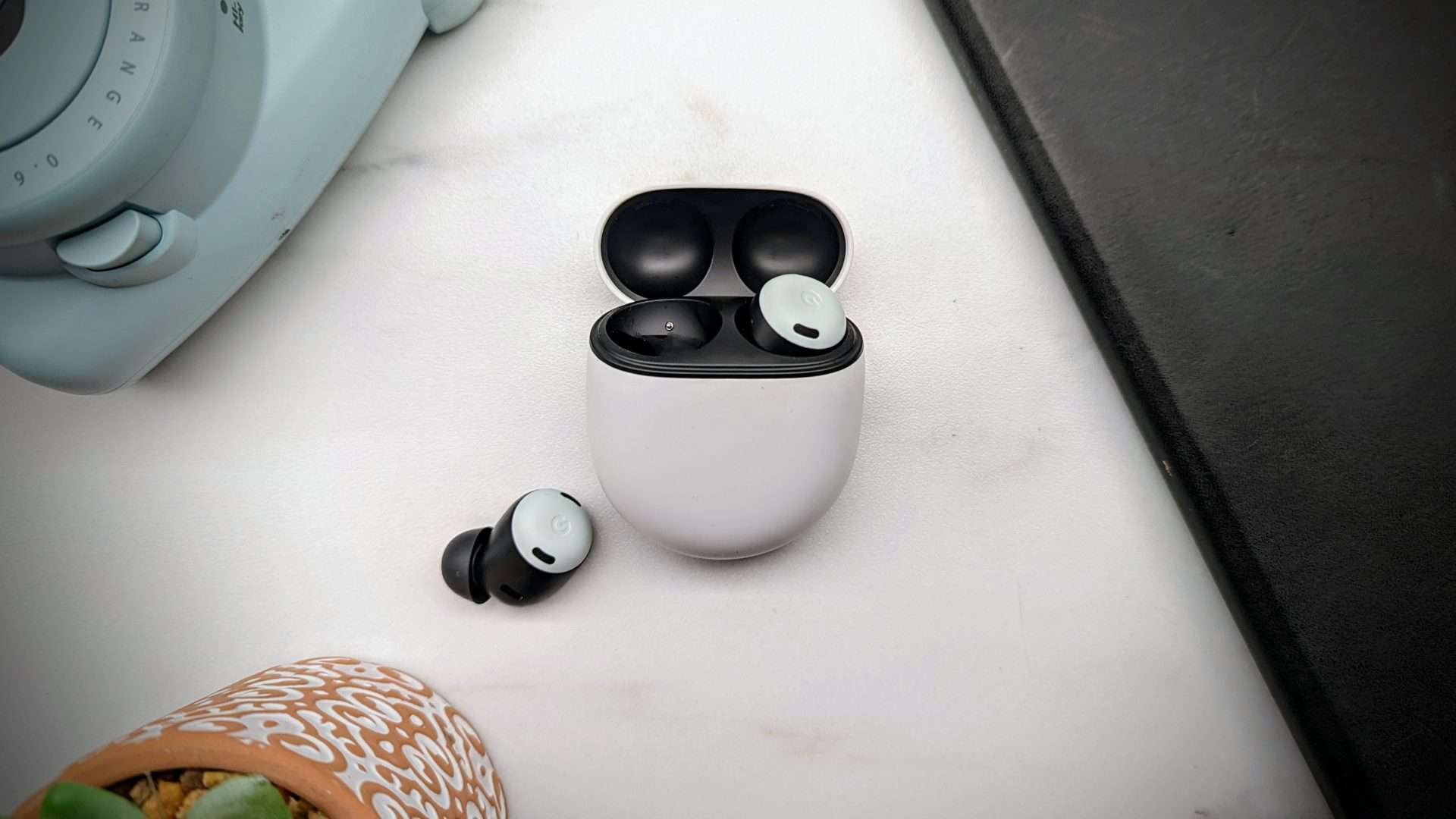 It’s a bit surprising that it took Google nearly five years to release their first pair of flagship-class true wireless earbuds but, finally, the Google Pixel Buds Pro are here and they are the company’s most premium and advanced earbuds yet.

They have all the features you’d expect from a set of flagship-class earbuds: active noise-cancellation, water resistance, an ambient sound mode, wireless charging, multipoint connectivity, and more. And what’s particularly exciting about the Pixel Buds Pro is that, at €219, they are actually one of the more affordable flagship-class true wireless earbuds that you can buy. So, they come at a great price and have loads of features, but are they any good? Let’s find out. 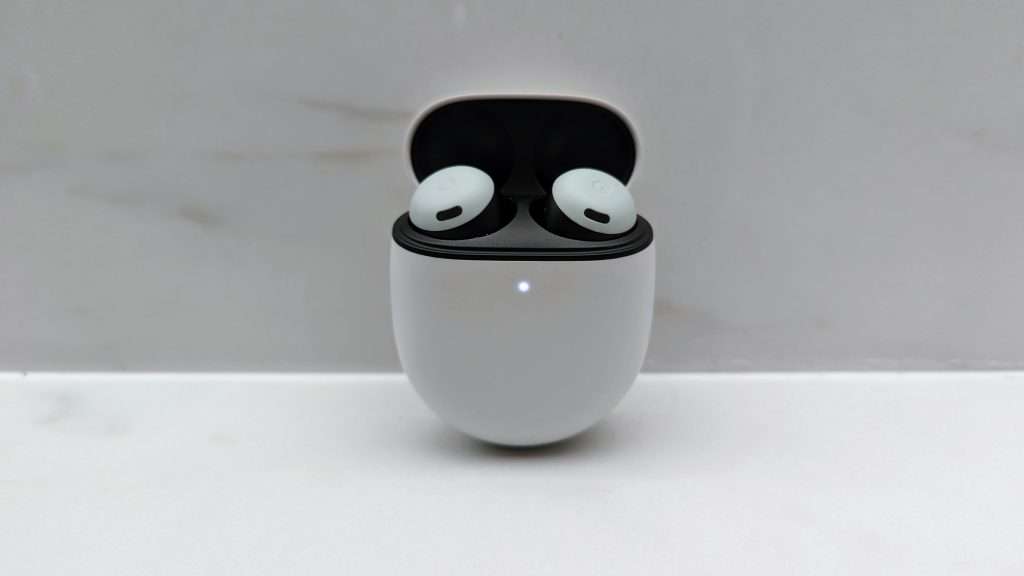 Thankfully, with the Buds Pro being announced in four colour options, Irish users of Google’s online store have the option to pick between all four options when, previously, the Irish market was usually limited to just one colour. We got to test the ‘Fog’ design, which is sort of like a light, sea-foam green colour that grew on us the more we used them. 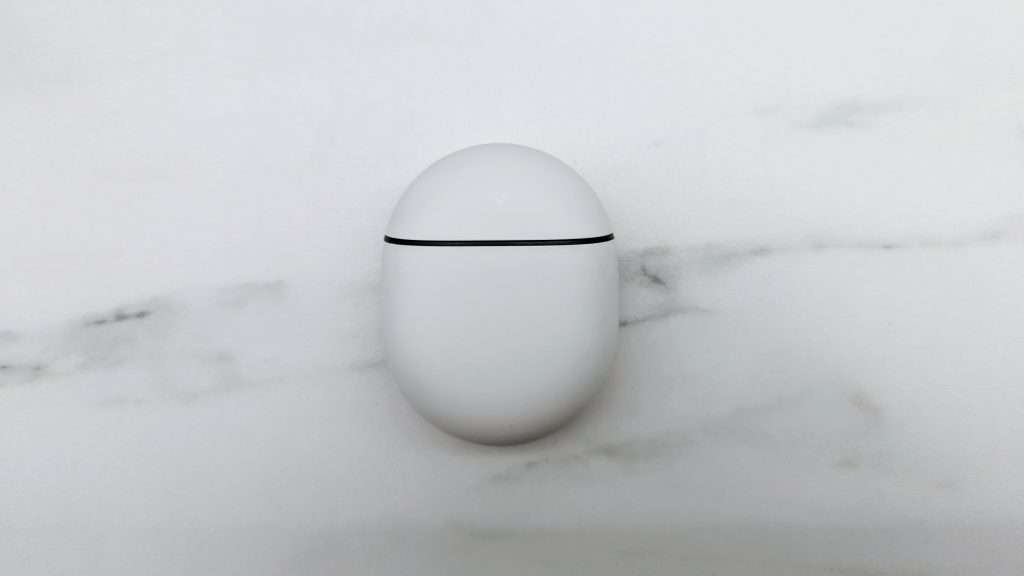 The crucial bit is that the Pixel Buds Pro are compact. The charging case is roughly the same size as the AirPods Pro’s which also means it’ll fit into pockets easily. The earbuds themselves have a smooth bean-like shape and are light. They will slide into ears easily and sit there comfortably for hours. 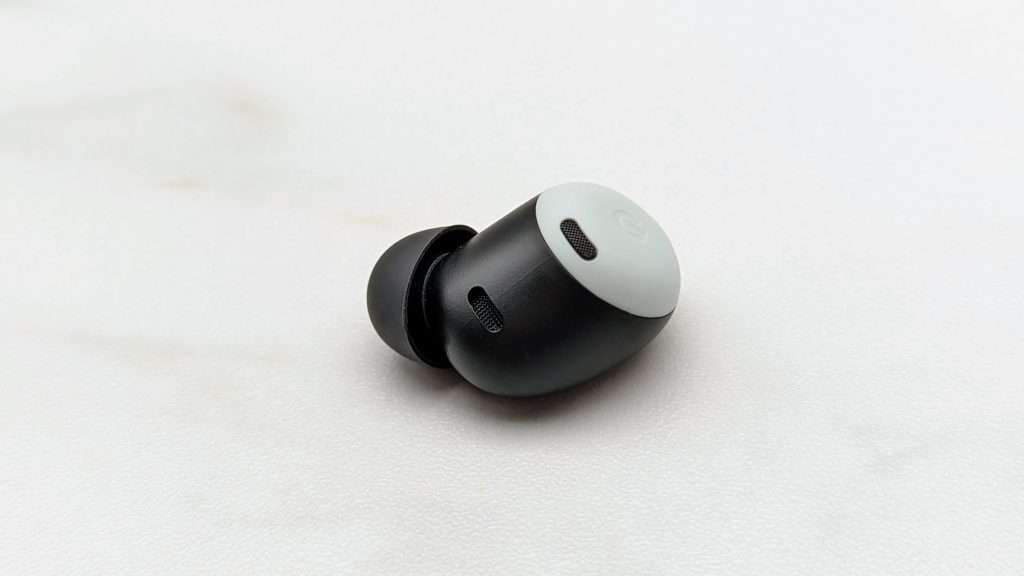 Google provides a pair of smaller and larger eartips and I found that I needed the larger ones to get a good fit. The buds felt quite snug once I had the larger eartips but it doesn’t quite feel as secure as some of its rivals such as the Sennheiser MOMEMTUM True Wireless 3 earbuds. Part of the reason why is because the silicone tips don’t go quite as deep. The upside, of course, is that these earbuds are more comfortable to wear – particularly for folks who have an aversion to sticking things into their ears. You can take these earbuds exercising because it has an IPX4 water resistance rating. 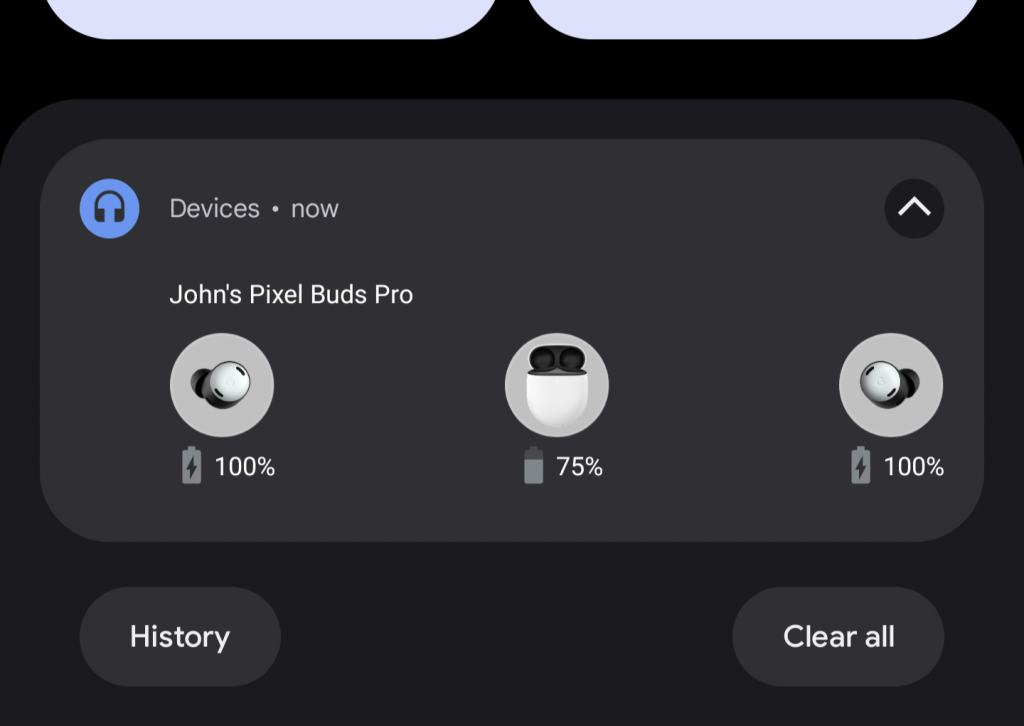 To start, the sensors are responsive and, by default, the touch sensors will let you adjust volume, control playback, and activate Google Assistant. I’d recommend going into the Pixel Buds app (more on it later) and customising it a little so that one earbud activates Google Assistant and the other toggles between the ANC and Transparency modes. This way, you have full control over the earbuds. 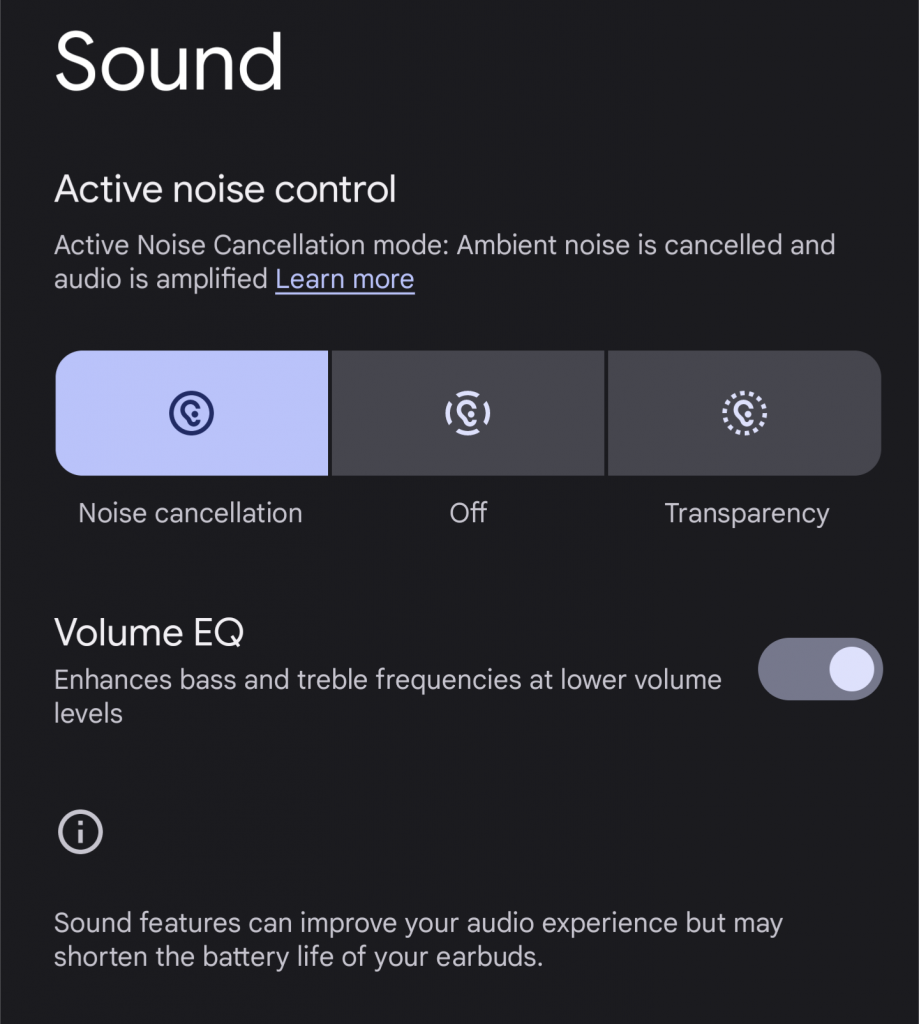 If you’re not connecting the Pixel Buds Pro directly to a Pixel phone, which embeds all the earbuds settings into the Bluetooth settings of the device, the earbuds also work with the Pixel Buds app (Only available on Android unfortunately.) The app is clean and easy to use, but light on features. It lets users customise the touch sensors and Google Assistant features, and there’s a handy eartip seal test if you are not sure you are wearing the buds correctly. You can’t adjust the level of ANC like you can with other premium earbuds and, very curiously, there’s no EQ function either but we’ve been told that this will be added in a future update. 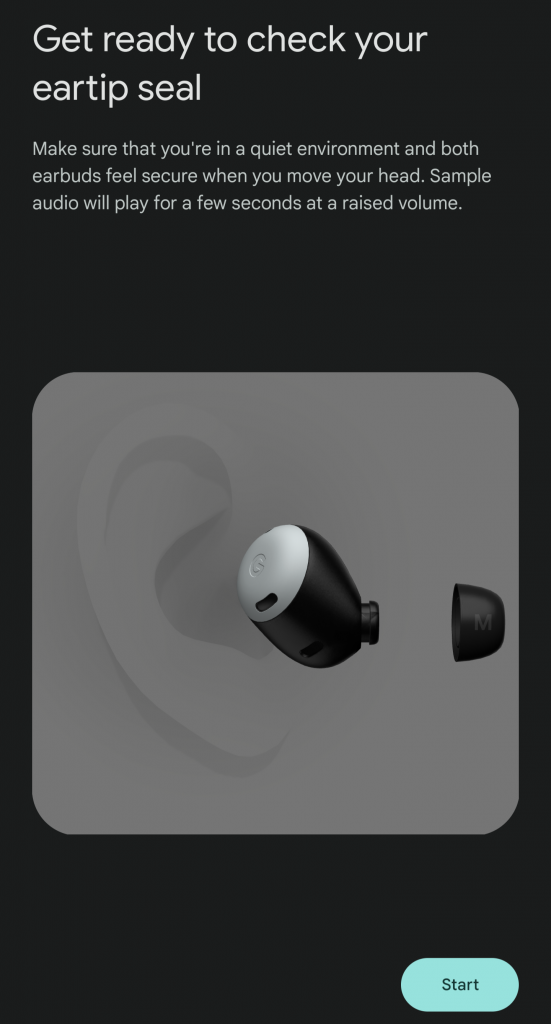 Also strange is that Pixel Buds Pro support multipoint connection but it is not enabled by default. You need the app to turn it on. But once you do, it works flawlessly. It switches between source devices very seamlessly. 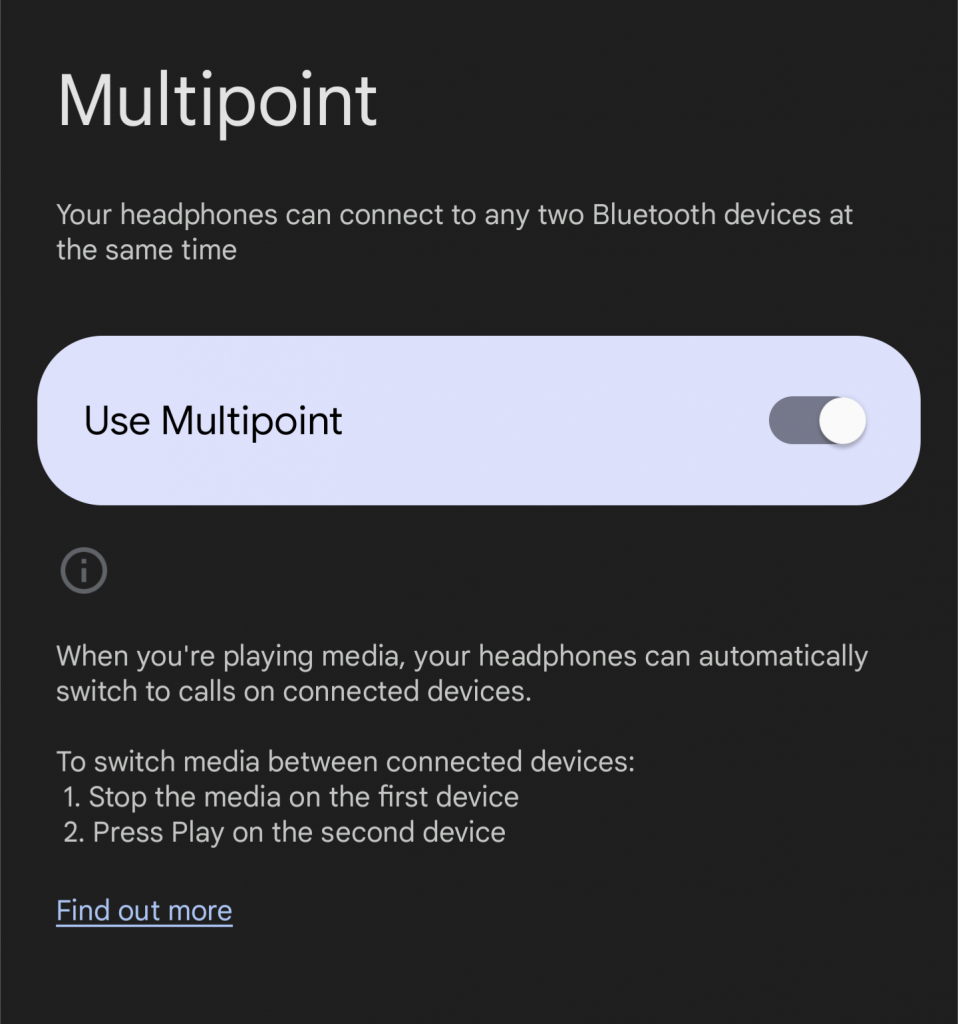 The Pixel Buds Pro use custom-designed 11mm dynamic drivers but Google are keeping stump about the exact material they used for the driver’s diaphragm. However, they did say that the drivers are tuned in-house by their own audio engineering team with an emphasis on clean bass, clarity, and dynamics.

The first thing I noticed about the Pixel Buds Pro is how wide they sound and how much it sounds like I was listening to speakers. Imaging and staging are excellent for earbuds.

The bass is very clean, with only just the slightest amount of bloat to give it a sense of body. However, the overall levels are low, making the Pixel Buds Pro one of the more bass-shy earbuds I’ve heard. As mentioned above, the app doesn’t have an EQ feature yet so you can’t change the way it sounds.

Fortunately, the mids and treble are very good. The mids are smooth and full-bodied, while the treble is clear and easy on the ears. The net effect of these is that the Pixel Buds Pro has outstanding clarity and sense of air. 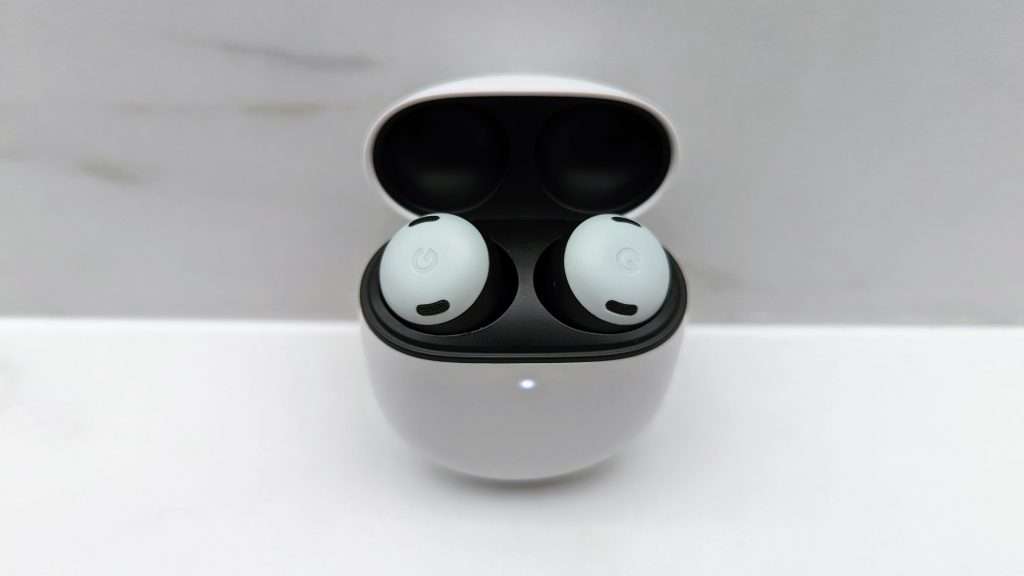 If there’s anything I would nitpick, it would be the way sound ends or ‘decays’. Notes seem to drop-off and end abruptly. This seems most evident on drums and strings. This results in the Pixel Buds Pro sounding a little artificial and synthesised, especially if you are listening to music with a lot of drums and strings, like rock or jazz.

But overall, the Pixel Buds Pro are easily one of the better-sounding earbuds you can buy today. As I said, it could do with more bass but the staging and the way it handles mids and treble are so good that it’s easy to overlook these shortcomings.

These are the first Pixel Buds to have active noise cancellation but, again, Google is keeping quiet about how it actually works. They did say that the feature is possible because of a custom 6-core audio chip “that runs Google-developed algorithms.” They also highlight a new technology they’ve developed called Silent Seal that “adapts” to your ear shape and maximises the amount of noise blocked, thanks to the triple mic set up on each earbud. 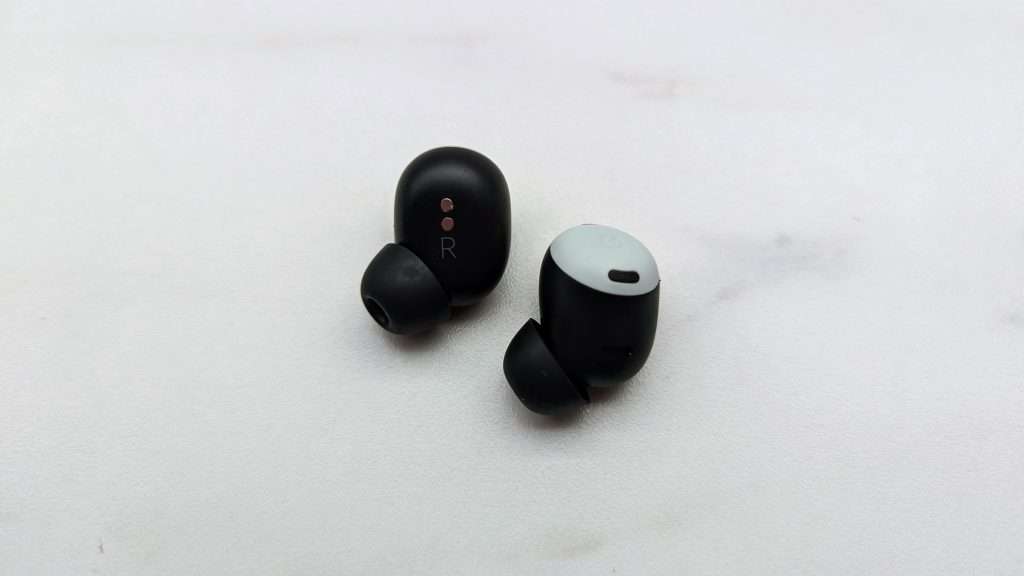 That all sound great on paper but, most importantly, it all works. The ANC on the Pixel Buds Pro is easily one of the best I’ve heard and, I’ll be honest, I was a little surprised as just how good it was for the company’s first attempt. Of course, part of this will be dependent on how good of a seal you can achieve.

There’s also an ambient sound mode that Google calls Transparency Mode that lets you hear your surroundings. According to Google, the Pixel Buds “processes a wide range of frequencies with low latency” to keep the effect sounding natural and in sync. The end result, I’m afraid, is not quite as good. While there’s no discernible lag between what you hear and what’s happening, there’s an uneasy sense that some frequencies are thrown away and some are over-emphasised.

Thanks to the implementation of beamforming tech via the 3 mics on each earbuds, call quality was great and my callers said I sounded perfect, while they sounded nice and clear on my end. In terms of overall Bluetooth connectivity, I had on issue of a dropped connection, which only lasted a second, so Google really seem to have fixed the connectivity woes which plagued their original Pixel Buds. 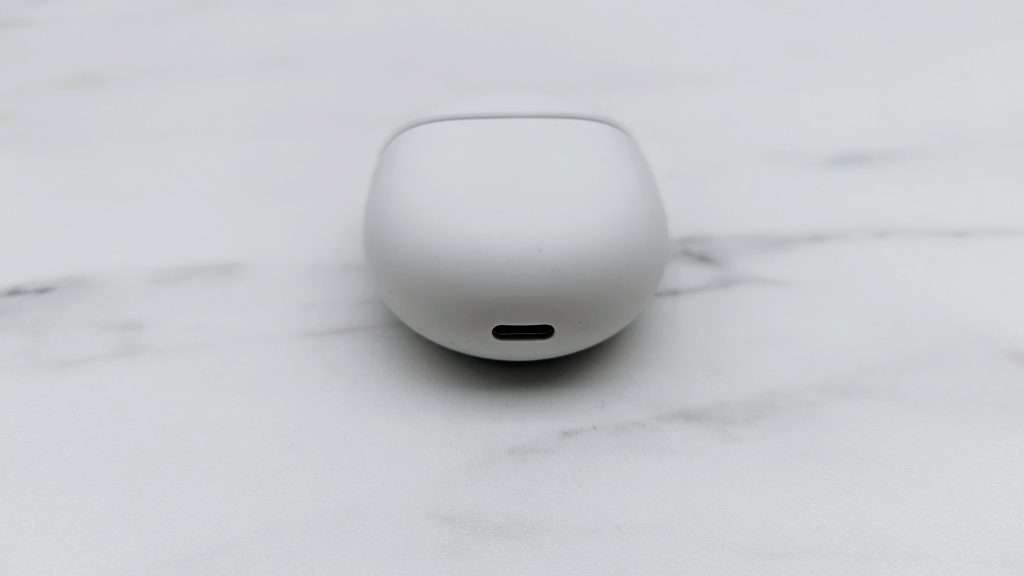 Having used the buds for over a week now, Google’s claims of 7 hours of listening and 20 hours total with ANC turned on seem to be on the money which puts the Buds Pro right up there as one of the longest lasting true wireless earbuds available right now when it comes to battery life. Well done Google!

Android users can rejoice at the knowledge that there’s now another excellent true wireless earbuds that they can buy. The Pixel Buds Pro have deep integration with Android, excellent ANC, class leading battery life, and sound pretty impressive too. As I said in the beginning, at €219, they’re also one of the more affordable flagship-class true wireless earbuds available.

And when you consider their features and how competent their are, it turns out they’re also one of the best value-for-money earbuds you can buy. Considering this is Google’s first attempt at a high-end earbud with ANC, it’s an impressive and mostly successful effort.

The Google Pixel Buds Pro are available now for €219 in four colour options, directly from the Google Ireland online store. 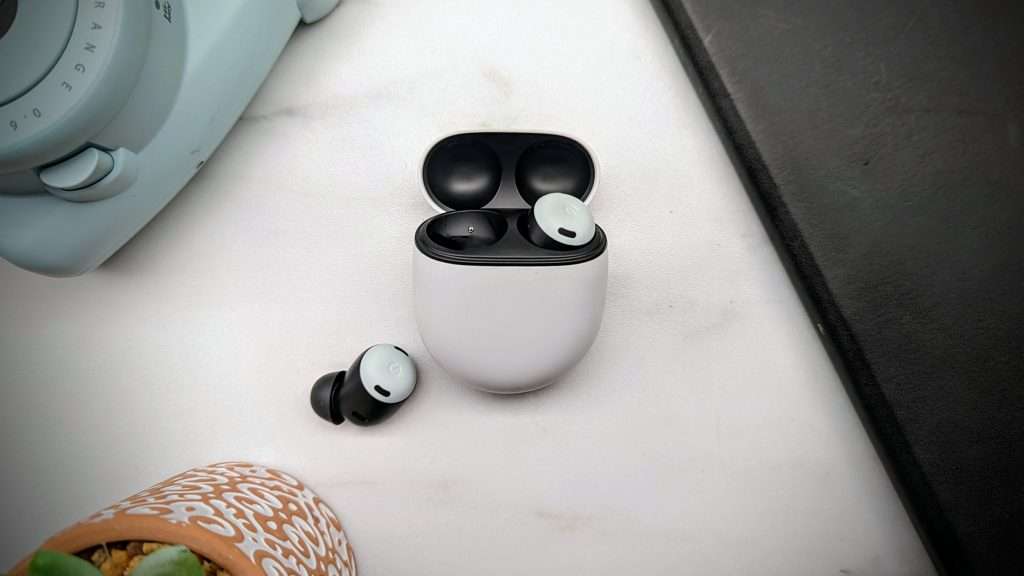 With their Live Pro 2 earbuds, JBL has launched a pair of new true wireless active noise cancelling earbuds in…