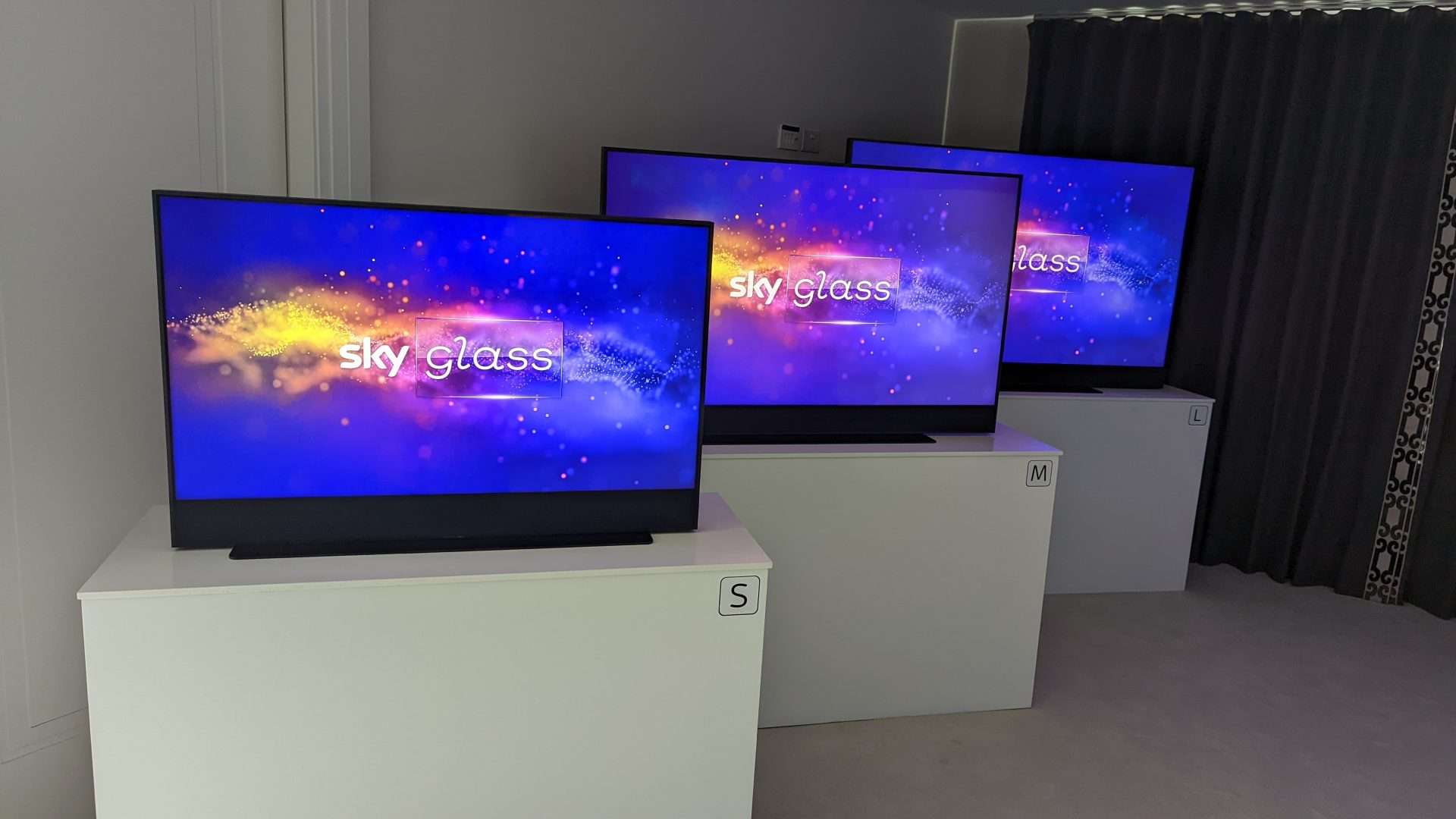 Ahead of its nationwide launch next week on Thursday, August 25th, Sky Ireland held an informative media demo day for their upcoming Sky Glass offering. Housed in an uber-stylish home in Dublin 4, we were invited along to see the new TV and Glass operating system (OS) from Sky in action with Sky’s Global Chief Product Officer, Fraser Stirling, in attendance to help talk us through the key USP’s of the device. Here are some of the key features we spotted during our session.

Every Model has the Same Specs

For customers who are looking to upgrade to the new offering from Sky but aren’t sure about which model to choose for fear of missing out on some hardware features, we were told that all three options, simply referred to as ‘ Small’ (43″), Medium (55″) and Large (65″), will house all the same tech. One or two more niche aspects, such as number of dimming zones on each panel, will differ slightly, with the larger panels offering more dimmable zones (more on these later), but overall, you’ll be getting the same experience across all three models, which should help alleviate any worries some interested buyers might have.

Speaking of specs, each model packs a 4K Ultra HD Quantum Dot panel with support for HDR 10, HLG and Dolby Vision content at 60fps. They also support intelligent zonal technology when it comes to dimmable zones (basically a way to keep the dark sections of a scene dark and the bright sections bright.) Having watched some sample demos in a cinema-style room, I was very impressed with the black levels the LED panel was capable of hitting with some scenes almost looking like the panel was off, like an OLED panel. 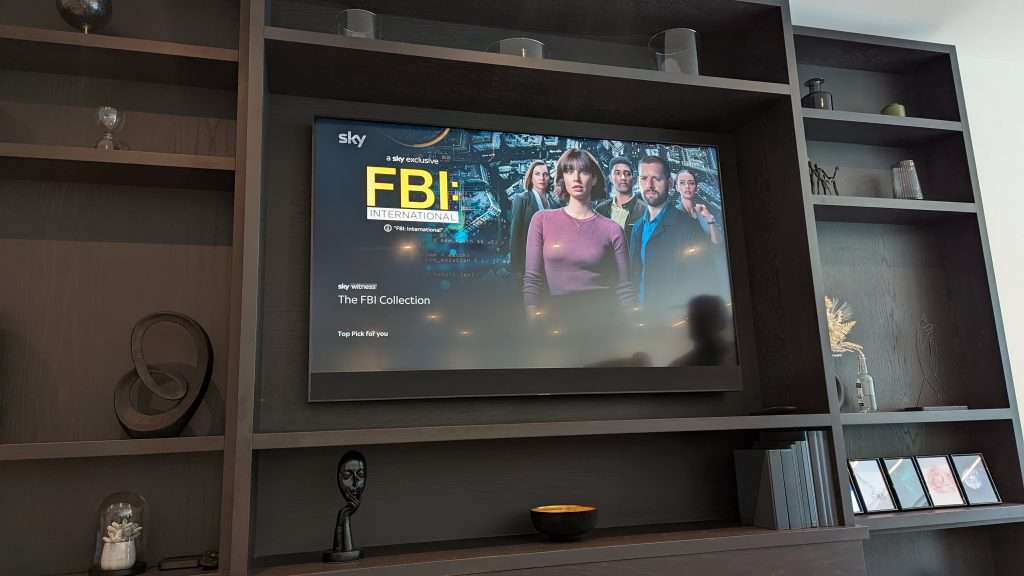 With its built in Dolby Atmos supported sound bar, users can also expect some impressive sound from each model and, having sat through a F1 teaser video with the 65″ model cranked all the way up, the vast majority of users are definitely not going to be disappointed with what the sound bar is capable of delivering.

There are 6 speakers in total including 3 outward firing, 2 upward firing (for Dolby Atmos content) and 1 (albeit small) subwoofer, users won’t have to worry about add an additional sound bar to the mix to get a proper audio experience. Now, for those who love the full ‘true surround’ effect, this won’t replace the quality and immersion of a physical 5.1 or 7.1 surround sound set up but it’s definitely impressive for what it is.

Voice search, like Sky Q, is also present, in both the remote as well as the TV with the use of ‘Far Field Voice’ audio capture functionality so you can simply walk into the room and ask your Sky Glass to switch on and jump to whatever show or app you would like.

Overall, design-wise, the new Sky Glass units definitely give a strong nod to Apple’s latest Mac offerings, even with their various colour options, (including a surprisingly nice ‘Dusky Pink’ option) which is, by no means, a bad thing and should fit in pretty well in most home set ups. 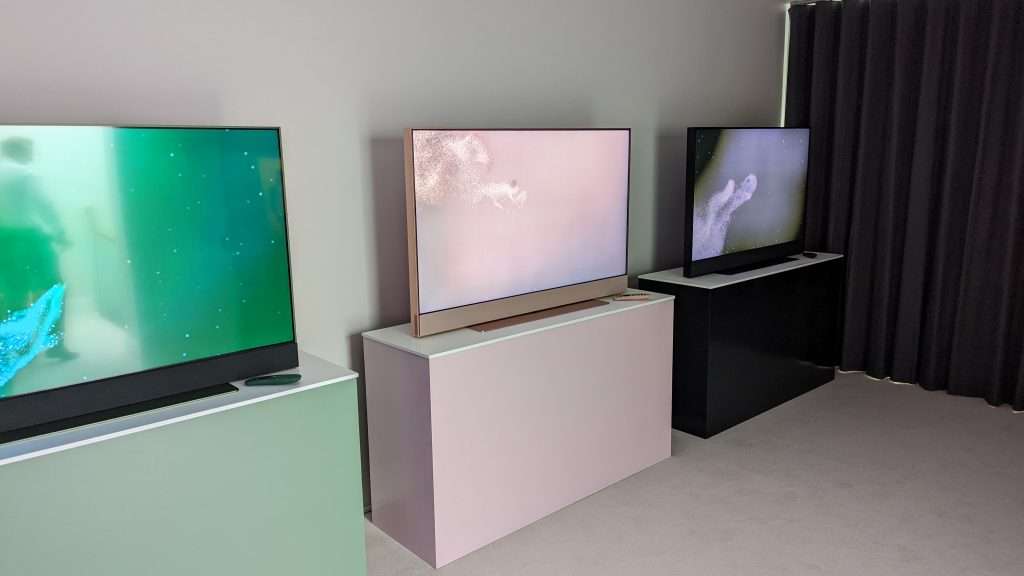 Sky Q users will already be familiar with Sky’s constant efforts to ensure their users have the latest and greatest TV shows and films recommended to them at the top of their Home page and that’s the same for Sky Glass. Fraser even went on to tell us that these recommendations are updated 6 times a day and will be intelligently tweaked to ensure you’re pushed the type of content you should like, based on your viewing habits or what’s gaining a lot of interest on the platform.

With their rail system similar to what Netflix/Disney+ etc. offer, you’ll see a number of different rails including one for ‘Top 10’ pieces of content, pulling from all connected apps, which is a really nice feature and one which goes to highlight the impressive functionality Sky has in being able to place all these ‘competing’ apps side by side on a single rail.

Again, as Sky Q customers are already aware, Sky has struck some fantastic deals with a wide number of the top streaming platforms available to Irish customers including Peacock (NBC Universal’s streaming service) available for free, exclusively on Sky, Discovery+ free of charge for all Sky Cinema subscribers and Netflix’s SD subscription package included in their payment subscription offerings for Sky Glass.

Other popular video streaming services are obviously available on the OS too including Disney+, Apple TV+ and Amazon Prime Video along with the more local offerings from RTE Player and Virgin Media Player. Music is covered too with Spotify integration along with a few other more niche music streaming apps with more said to be on the way. All this, along with Sky’s own original content, is merged into one easy to use interface that takes away a lot of the complexity some users might face when jumping between subscription services across a range of platforms and devices.

Given that there’s actually no storage capabilities built into the TV itself, Sky has created a new ‘Playlist’ feature, which has its own dedicated ‘+’ button on the remote, that allows users to add whatever show or film they want to a cloud-based playlist which acts as your ‘recordings library’. For content from the likes of RTE, Virgin and even BBC (a first of its kind deal for Ireland) users can store their favourite shows and films from these networks on their playlist for up to 30 days.

For other on-demand content like Netflix, Disney+ and Prime Video, any show or film added from these services will sit in your playlist, to act like a bookmark of sorts, so you can jump to them immediately when you’re perusing what to watch from your curated list.

There is a ‘Games’ section available, which includes some simple interactive games and other gaming related video content but, when asked about the possibility of the inclusion of Xbox’s Game Pass streaming app and other game streaming services, the response was simply, ‘we’d love to see it happen’. So, I guess that means ‘watch this space…’?

Works with any Broadband Provider

Given that this is a massive step towards true cloud-based TV and content viewing from Sky, it’s great to hear that the new product isn’t locked to their own broadband network (cough.. eir TV..) For HD content on Sky Glass, including their own HD channels (which will come as part of the entry ‘Sky Ultimate’ package) they recommend a minimum broadband speed of around 10Mbps and around 30-40Mbps for 4K HDR content streaming.

Sky Glass launches in Ireland on Thursday August 25th with a range of payment and bundle offerings. Starting prices for the 43″ unit on the subscription plan are just €15/month with a €31 upfront fee. This plan is for 48 months, or 4 years, which is quite lengthy but there is no difference in price if you decide to go this route over paying for the unit outright.

For those of you who are already ‘Sky multi-room’ users, there is also the new ‘Sky Stream’ puck, which looks like a slightly larger Apple TV, that can be added to your bundle for €19/month and your first puck is free. This device talks directly to the cloud but syncs all your content and playlists from your main TV so there’s continuity across your screens. 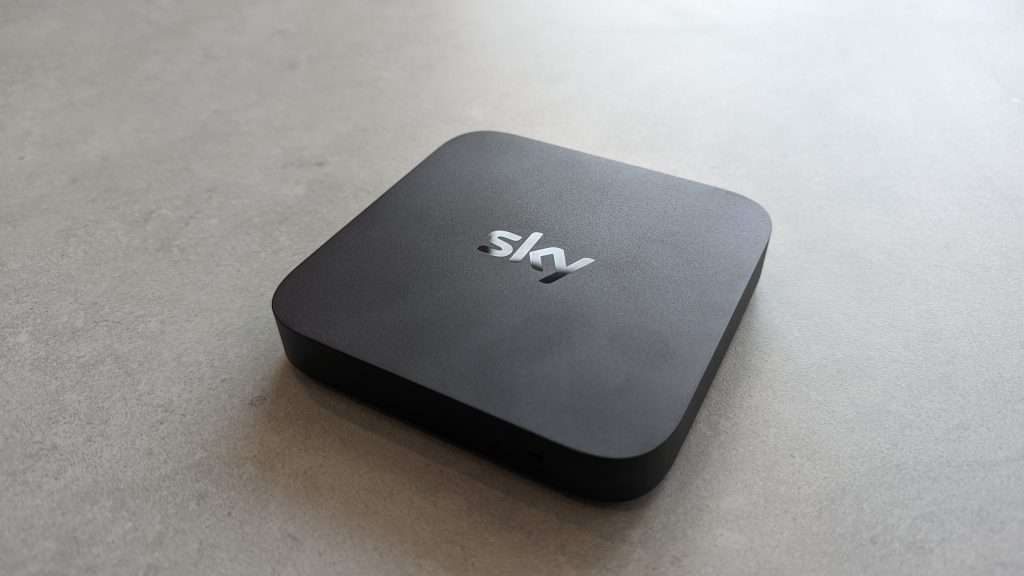 You can then add your starting ‘Signature’ TV bundle but, it must be noted, to get the most out of the TV’s impressive panel and speakers when watching Sky’s own HDR & Dolby Atmos content, you’ll need to make sure you add the ‘Sky Ultra HDR and Dolby Atmos’ package to your bundle, with this coming in at €10/month on top of whatever else you include.

You won’t  need to pay for this pack to access non Sky content in UHD/HDR/Dolby Atmos. For example, Disney+ content is available in UHD/HDR without the add on pack.

You can learn more about the new Sky Glass offering and pricing options at Sky.com/Glass and, if you’re interested in seeing the device in person, all of Sky’s new retail stores in Dundrum, Blanchardstown, Mahon Point, Cork and The Crescent, Limerick, will be kitted out with Sky Glass from next week onwards. 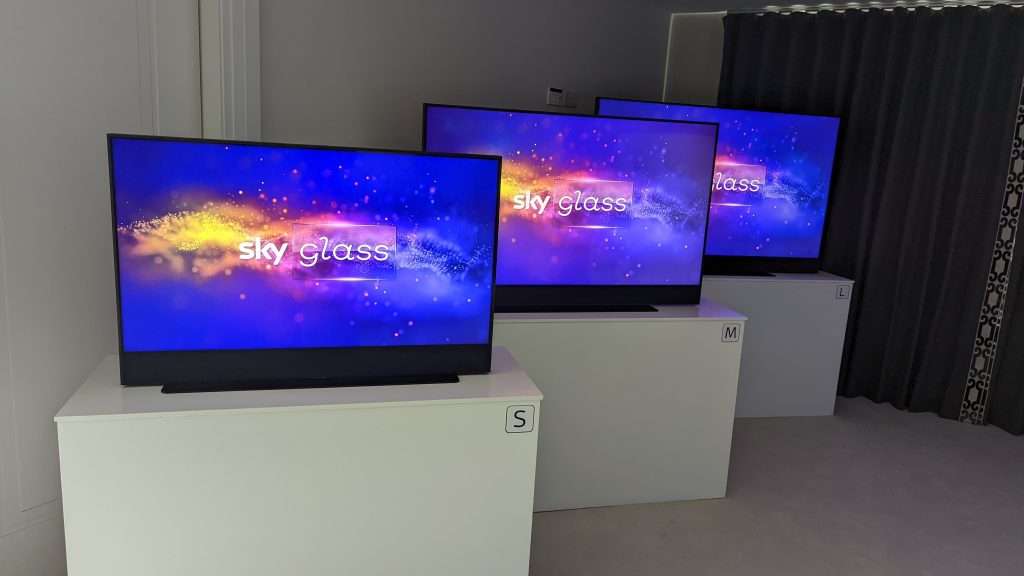