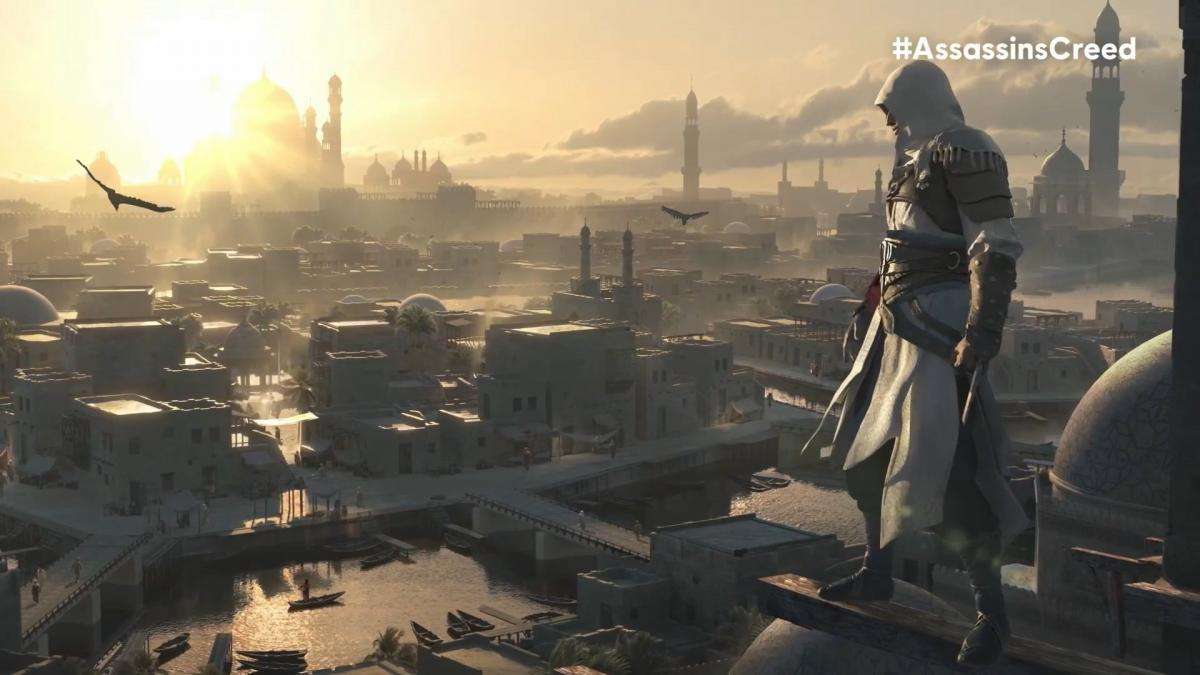 Over the summer, Ubisoft opted to individually showcase Skull & Bones and place Mario + Rabbids: Sparks of Hope in a Nintendo Direct Mini, so it skipped out on holding its own dedicated showcase. Over the weekend, the French game publisher revived the Ubisoft Forward showcase series brand for a new presentation highlighting Ubisoft’s upcoming titles.

The pre-show highlighted updates for Anno 1800, Brawlhalla, For Honor, The Crew 2, and more. Then, the main Ubisoft Forward show contained some deep dives into Mario + Rabbids: Sparks of Hope and Skull & Bones, in addition to an entire segment dedicated to Assassin’s Creed Mirage and the first two games included in Assassin’s Creed Infinity. This is everything that was announced during the September 2022 Ubisoft Forward showcase.

Ubisoft gave us another in-depth look at Mario + Rabbids Sparks of Hope ahead of its release next month. During its segment that kicked off the main show, we got a look at gameplay on Terra Flora, one of the game’s worlds, and saw a boss fight against a Wiggler.

Ubisoft confirmed that the game will receive at least three pieces of DLC. The third post-launch update pack will introduce Rayman as a playable character, although we didn’t see any gameplay from it. Mario + Rabbids Sparks of Hope releases as a Nintendo Switch exclusive on October 20, 2022.

Ubisoft’s long-in-development pirate game Skull & Bones got a spotlight during the Ubisoft Forward show. Its segment started by highlighting The Helm, which will serve as the player’s base of operations. Ubisoft then showed the game’s Insider Program and ship customization. It also confirmed that PvP can be turned off and that Skull & Bones will have cross-play. The game is scheduled to launch on November 8.

Netflix announced that it is working with Ubisoft to bring three new games exclusively to Netflix Games. The first is Valiant Hearts 2, a World War 1 game that will release in January 2023. The second is a sequel to The Mighty Quest for Epic Loot, which will release sometime later on in 2023.

After a lot of leaks and an official announcement from Ubisoft, we finally got an in-depth look at Assassin’s Creed Mirage during that series’ portion of the showcase. It got a lengthy cinematic trailer before its Narrative Director explained how the game goes back to basics in its Baghdad setting and features voice work from actress Shohreh Aghdashloo.

Ubisoft also confirmed that the game will release across PC, PS4, PS5, Xbox One, and Xbox Series X/S in 2023, with those who pre-order getting access to an exclusive questline titled The Forty Thieves.

Meanwhile, Ubisoft Montreal’s Codename: Hexe is set during witch trials in the Holy Roman Empire. These games are further out than Assassin’s Creed Mirage, so we didn’t see much of them beyond teaser footage. Both games will be housed within Assassin’s Creed Infinity, a hub platform for future games. Ubisoft also noted that it’s looking into creating standalone multiplayer Assassin’s Creed games, which may also live within Infinity.