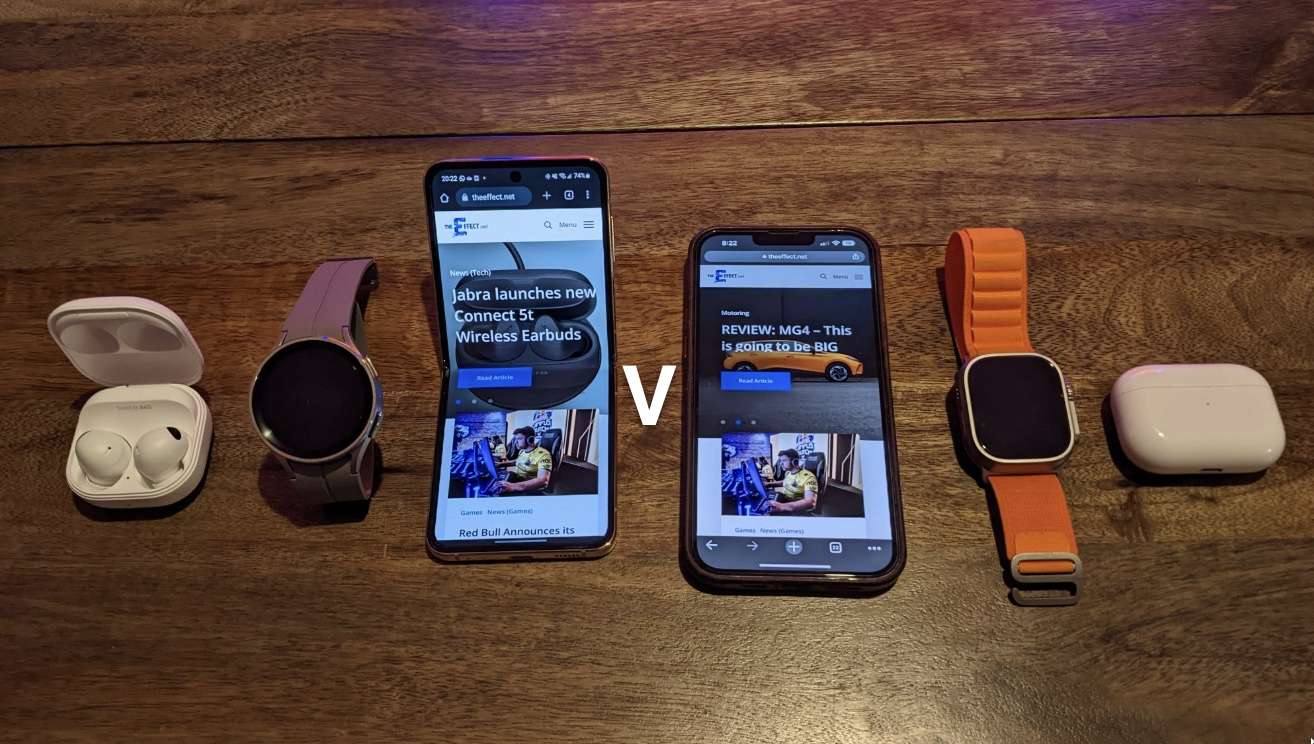 We have the new flagship range of Samsung devices to take a look at. As a person who is firmly in the Apple ecosystem – how does life look like on the other side? Let’s find out as we review the Samsung Galaxy Z Flip4, Samsung Galaxy Watch5 Pro and Samsung Galaxy Buds2 Pro

We’ll start with the phone which is always the core of the experience. The Z Flip4 has a near cult following now in the Android community if my Reddit and YouTube feeds are to be believed. After looking at last year’s Z Fold3 (the bigger cousin that folds open into a tablet) – I’m convinced this is the foldable that’s got it right. 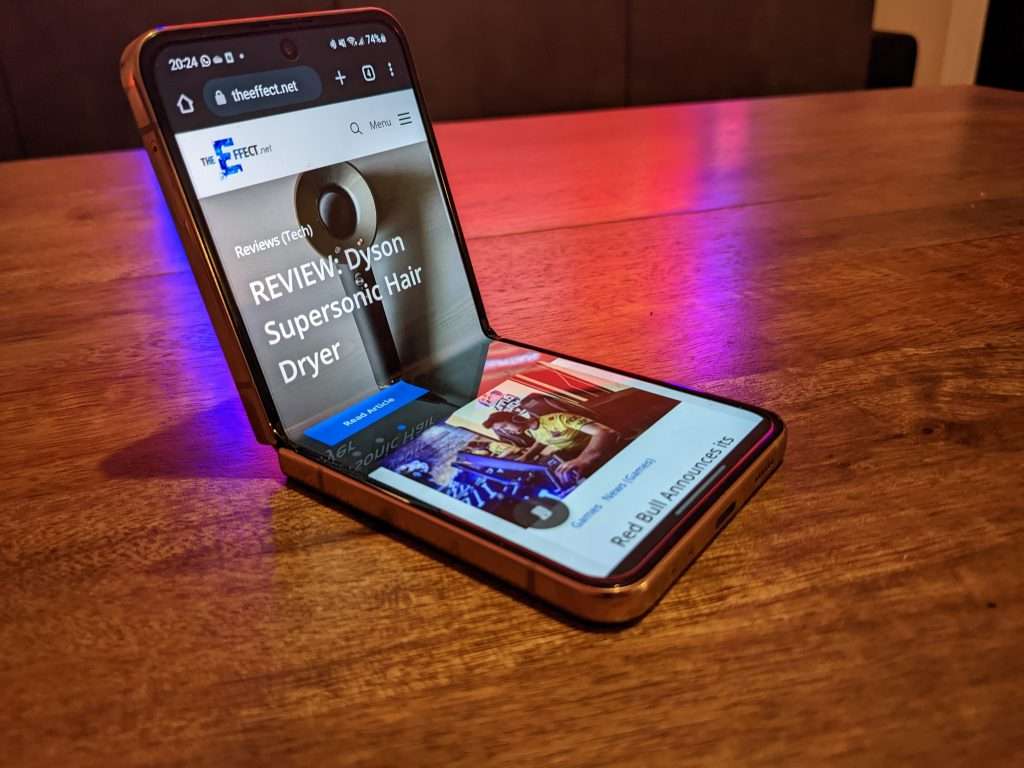 Let’s start with the screens. It’s Samsung, so I expected a great quality, high refresh screen and of course, there is one. Unfolded, you get a 6.7” AMOLED screen so colours are vibrant with a small hole-punch camera at the top. The aspect ratio does take some getting used to as it’s quite tall. Samsung knows this with the OS being tweaked to place important buttons lower down but it does make some apps a little more unwieldy.

The Z Flip4’s screen itself isn’t glass as we know it. There’s a super thin layer you’ll never touch, you’ll be touching a soft plastic screen protector basically, as the phone needs to fold. It does an OK job of resisting any nail marks but I’d worry if I had longer nails. There is a noticeable crease on the screen where it folds  but, surprisingly, after just a few minutes, you tend to just forget about it. That being said, you can still feel the crease but that’s not a dealbreaker for me. Plus, as it folds, you get an outer screen for basic notifications and widgets. It makes for an excellent viewfinder for selfies but it’s still very limited in functionality given its smartwatch can do far more with roughly the same amount of space.

Specs-wise, the Z Flip4 is top of its class. You’ll get the fastest processors out there in an Android phone with 8GB of RAM so it zips through everyday tasks and handles gaming well enough too. With a 120hz screen and a lot of upgrades – Android simply hasn’t felt this buttery smooth to me before.

Camera-wise, there’s another upgrade too with cameras that are nearly identical to the Galaxy S22’s from earlier this year so they’re excellent quality. In testing, I took the Z Flip4 to the Jameson Distillery to test brighter photos, darker indoor photos and how it performs close up. You’ll note I didn’t mention ‘zoomed in’ photos there, the Z Flip4 only has a wide and ultra-wide camera. In regular conditions, I couldn’t pick a winner between the Z Flip 4 and my iPhone 13 Pro Max (which is a feat given the price difference) but in low-light, the iPhone definitely won for me each time if only by a small margin. You can see this especially in the bottom image with colours that were more true to life and dark areas staying dark. Either way, you can get this phone and feel confident in getting a photo that will look great on your Insta story.

I will say, coming from an iPhone – Samsung (and Google) need to do way more to make the set up experience friendlier. There’s a seemingly endless list of T&Cs to accept the more you use the phone and there are also duplicates of many common apps like the browser and email apps. I’d love to see more of this covered at set up so you can give the phone the permissions you want and only install the apps you want to use. You’ll note I haven’t mentioned actually folding the phone much yet and well… because it’s unremarkable in a really good way.

This phone feels solid and gave me little reasons to worry as I might have done a few years ago. The hinge feels great, it helps prop the phone up halfway for selfies or Zoom calls and your screen is always protected (because it’s hidden when folded). It’s hard to describe, it’s cool but it feels really normal to fold this phone which is still a mad concept given the last 15 years of mobile phone development. The Z Flip4 is just a great phone, and one that just so happens to fold in half too, which is a fantastic feat of engineering by Samsung’s hardware team. The Z Flip4 will appeal even more to those of us that want smaller phones (or phones that fit in our pockets, rucksacks or purses), it’s the perfect small phone that can still unfold to watch YouTube in widescreen. It doesn’t cost the earth either, starting at just over €1100 with some amazing trade-in offers at the moment and I’m sure discounts to come too.

Congratulations Samsung – you’ve made the first phone since the OnePlus 7 (and the pop-up camera) that made me want to switch to Android!

Now, onto the rest of the ecosystem. I’ll start with the good and that’s the Galaxy Buds 2Pro. For €239, you’re getting AirPod Pro level sound quality in a lovely little package. I actually found the Buds2 Pro much more comfortable to wear in bed listening to a podcast, as you don’t have large steps poking into your ears. 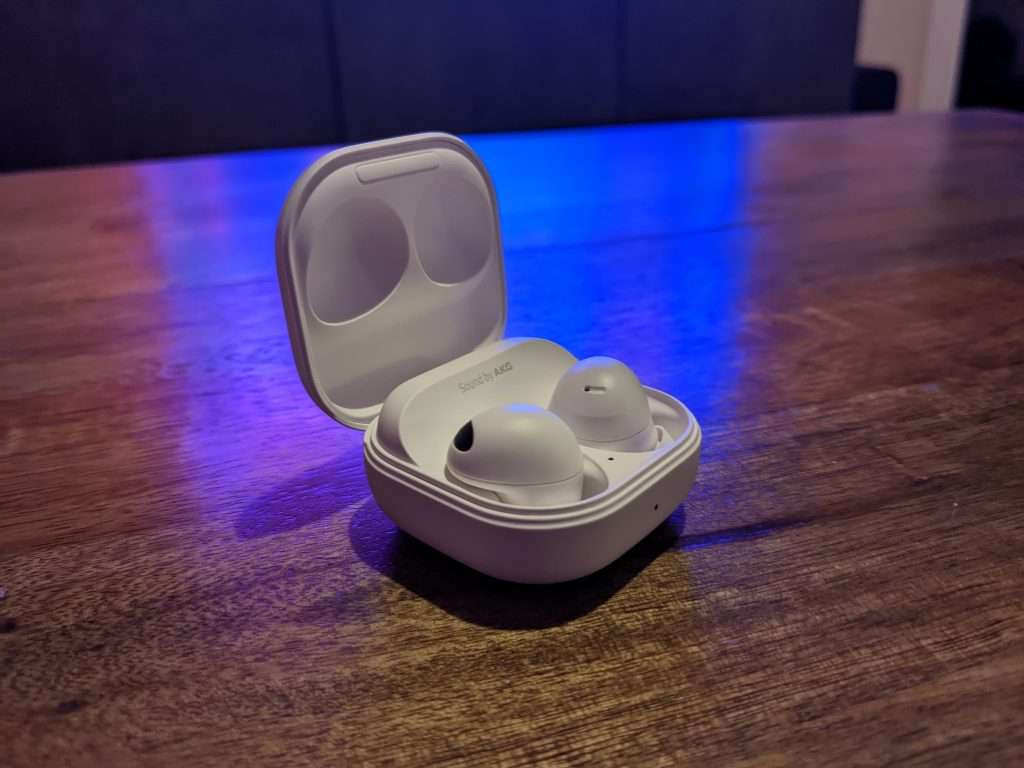 In the gym, they block out a decent level of noise thanks to their active noise cancellation and didn’t fall out so they’re great for working out (they’re also water and sweat resistant to boot). Mic quality is ok (Airpods are still king for me) but they’ll hold up on a Zoom. Having recently upgraded to the new AirPods Pro myself, I will say for €70 more, you don’t get a bunch more compared to the Buds2 Pro. I did find the touch controls on the Buds2 Pro fiddly (and putting them into pairing mode even moreso) and missed some of the OS integrations that Apple offers but they’re still really great value. The Buds2 Pro retail for around €240.

Lastly, the watch. Oh the watch. We tested the Samsung Galaxy Watch5 Pro and unfortunately, even comparing this to the cheapest Apple Watch on offer, I’d still take the Apple Watch every single time. Unboxing the watch, I had to look for a video guide on how to use the watch strap. Then, once I got started and using the watch, I found it quite frustrating and confusing to do quick things. 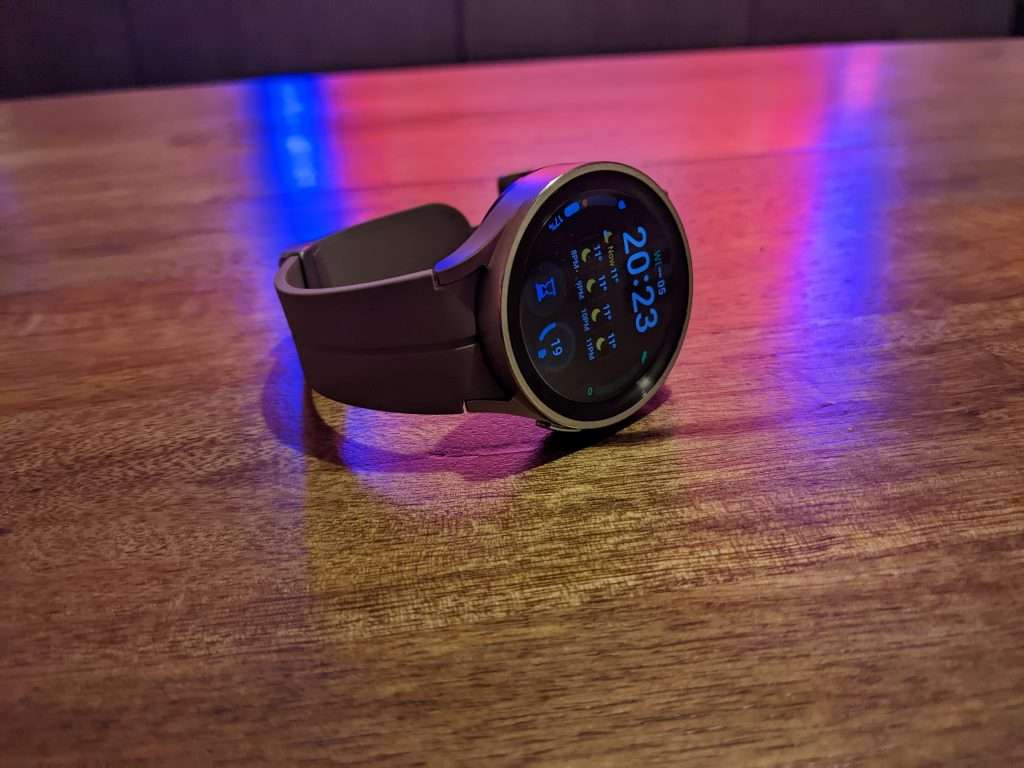 Google Assistant is a faff to get working and to make it the default (especially as there is a dedicated button for it on the watch). You can’t add your cards to Google Pay for contactless payments in Ireland at the time of writing (link). Navigation is a pain with no crown to scroll through all of the options, replaced instead with a sort of touch-based scroll wheel around the bezel of the phone. Nice in theory, but you end up covering the screen’s contents when you’re doing it. Frustratingly, in earlier versions of the watch, they had much better implementations of it. Especially with watches like the Apple Watch Ultra on the market, the Watch5 Pro needs to do far far more to earn its ‘Pro’ title, especially at the €479 price of entry.

So overall? Two wins and a pass for Samsung. If only they nailed the watch and refined the software experience a little more I’d seriously consider making this my everyday carry. As someone who is so used to how well their phone pairs to a watch and earbuds, a watch is a really integral part of an ‘ecosystem’ experience for me. Especially for someone like me who is getting more and more into fitness, sleep tracking, paying for something while out for a run and who needs a long battery life – it’s a dealbreaker for me. For you? Maybe not. Either way, if you buy a Z Flip4 at Samsung or other retailers at the moment (and at time of writing) you’ll get a Galaxy Watch4 for free so you might get last year’s edition as a nice bonus.

Let’s not forget Samsung nailed folding phones here with the Z Flip4, something no other phone manufacturer available in Europe can say so bravo Samsung!

You can buy these devices over at Samsung.com, Harvey Norman and many other retailers.