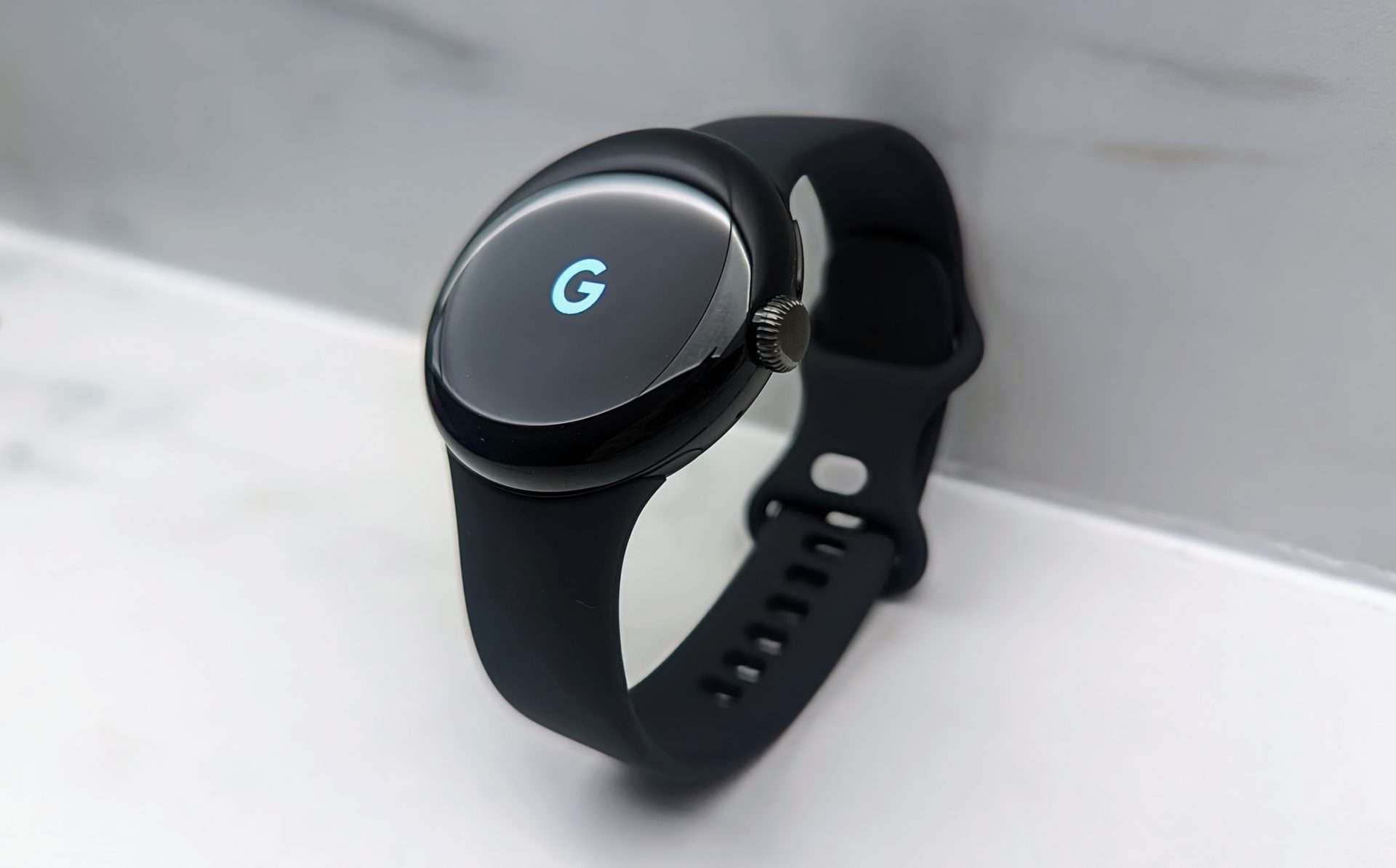 After years of developing smart wearable software, acquiring Fitbit, and teaming up with Samsung, Google is ready to deliver its own smartwatch. The Google Pixel Watch is a 41mm round smartwatch with an AMOLED touchscreen display under a Gorilla Glass 5 dome. This device runs Wear OS 3.5 and requires a smartphone (an Android smartphone, to be specific) to activate, and it’s pretty nice to look at, too.

If you’ve been wearing smart wearable devices over the past decade, you might expect that you’ll know what you’re getting from the Pixel Watch before you buy it. But this is no ordinary Android wearable. Instead, you’ll find a finessed, focused product with hardware and software that truly feel like they were made for each other.

Much in the way Google has created a truly solid, reliable experience with its Pixel smartphone line, so too does it seem like Google’s true vision for a smartwatch has arrived at last. 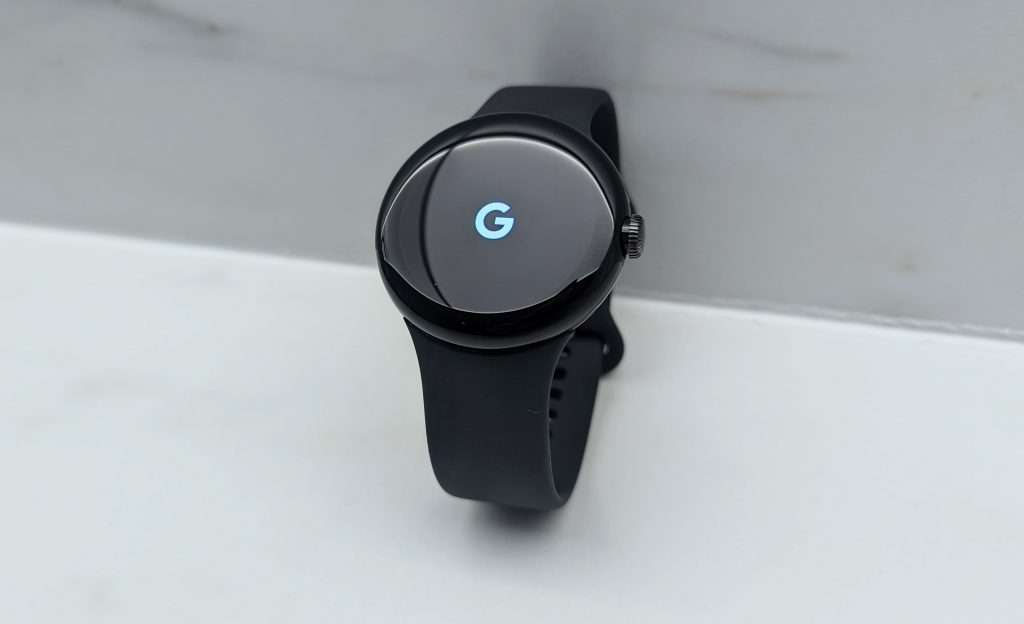 The Google Pixel Watch is a beautiful piece of hardware. The shape is elegant and the design looks and feels comfortable.

The display is bright, colorful, and responsive. In the past, I’ve found smartwatch software in general to be entirely too unintuitive. This device has a version of Google’s wearable software that can be navigated easily in a variety of ways. I was surprised to find how quickly I became accustomed to switching between using the touchscreen, the crown, and the button. 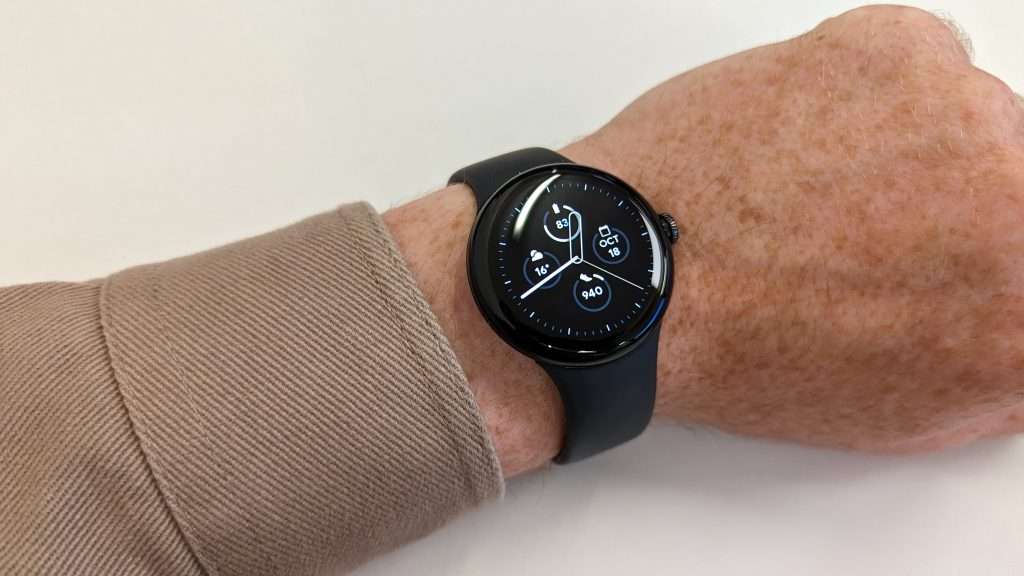 The button on this device is well hidden but easy to access, as it should be. It’s positioned just to the side of the crown and is capped with the same finish as the rest of the watch case. A single press brings up recently accessed apps, and a long press summons Google Assistant. 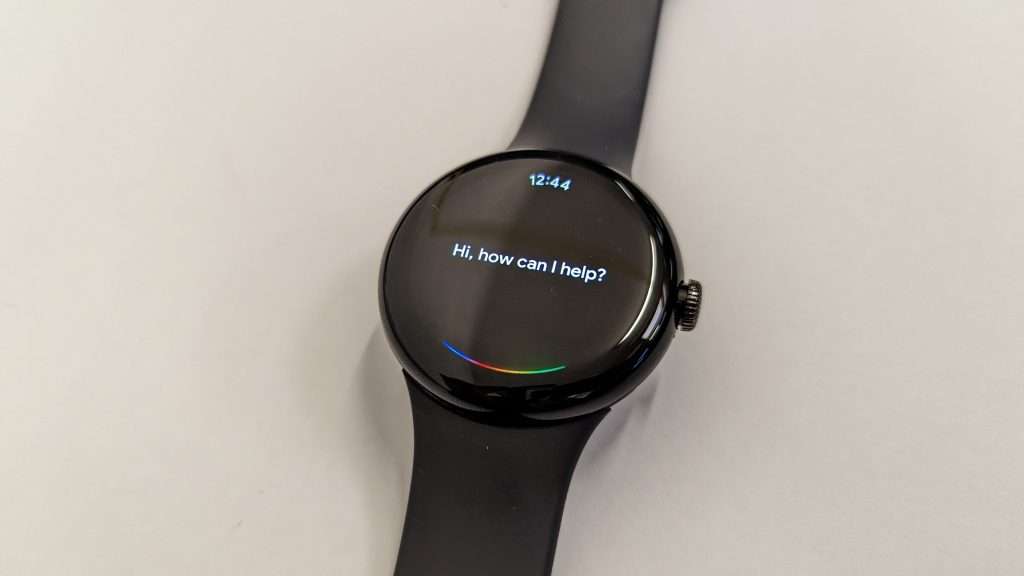 The crown works in concert with haptic feedback that goes a long way in making the hardware and software feel like a single entity. You’ll feel tiny bumps as you roll through a list, and scroll to the top of a menu, you’ll feel a more substantial bump. 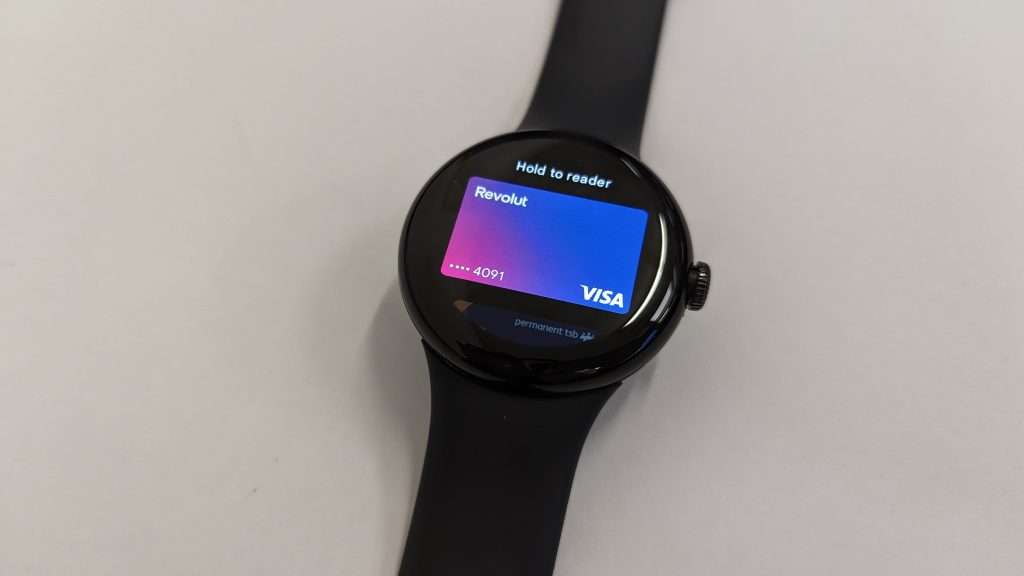 The touchscreen may feel small to you if you’ve used an Apple Watch or any other more massive wearables from companies like Samsung. I assumed it would feel too small to me when I first heard the size of the screen, but since I first put the device on my wrist, I really haven’t noticed its size.

If you get the 4G LTE version of this watch, you can potentially connect to a wireless network via eSIM. There is no physical SIM card slot on the Google Pixel Watch. The watch needs to be connected to the same carrier as its paired phone, but once it’s activated, you don’t need to be near your phone to connect to mobile data.

In terms of connecting to your favourite music streaming apps, Google actually includes YouTube Music with the device and attempts to get you to join by offering a 3 month trial subscription for free. But, as with Spotify, you’ll find an array of apps that have basic compatibility with remote control, too. I was also able to have some basic control of podcasts with Pocket Casts — though there we see the limits of an app that hasn’t yet developed a full control UI, as I only really had the power to play and pause.

The Google Pixel Watch has its own GPS system built in, so you can navigate with Google Maps at your leisure. There you’ll find another use case where the watch doesn’t really replace your need for a smartphone, but it makes access slightly less distracting.

Google acquired Fitbit and continued to run Fitbit as a separate sort of entity — you can still buy Fitbit devices with the Fitbit brand. Now, with the Pixel Watch, we have a Google-branded wearable that aims to deliver the level of fitness tracking previously only found in Fitbit-branded devices. 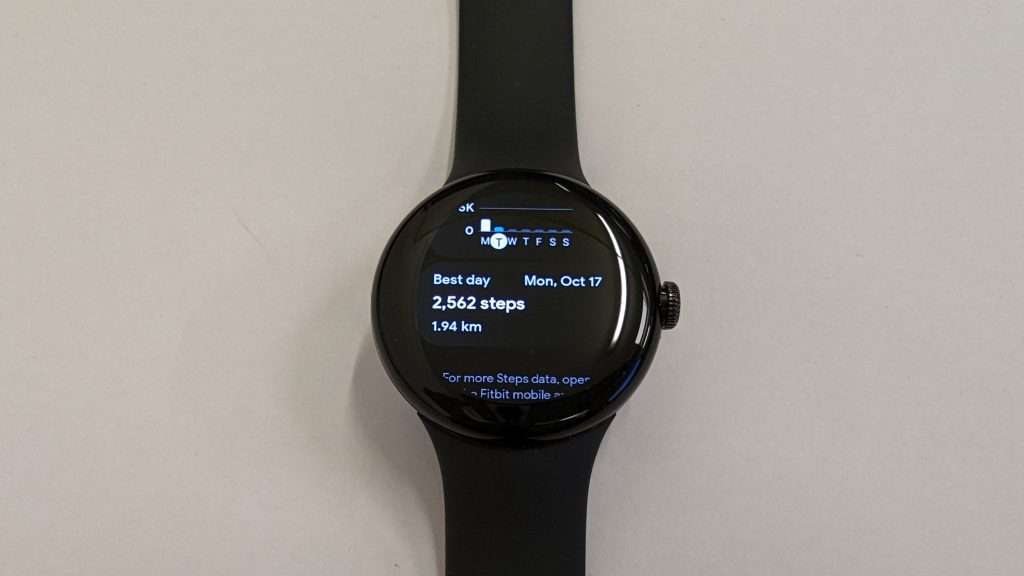 If you’re looking to get in on tracking your fitness in a very serious way and do not mind paying a subscription fee, this device and its access to the Fitbit universe are a fantastic choice for you. If you’ve used the most high-end Fitbit devices in the past and are already all-in on Fitbit, you might want to think twice before buying a Google Pixel Watch.

If you want to track the number of steps you take and see your heart pressure and heart rate at any given time without a subscription fee on the Pixel Watch, you can do that too. If you’re a real “just the basics” sort of person when it comes to fitness, the Pixel Watch is on-point.

You will need an Android smartphone to activate the Pixel Watch, though that Android device doesn’t have to be a Pixel phone. Google might disagree, but though the only basic requirement for an Android phone is to activate this device, the functionality strongly suggests that you have a phone on-hand most of the time. 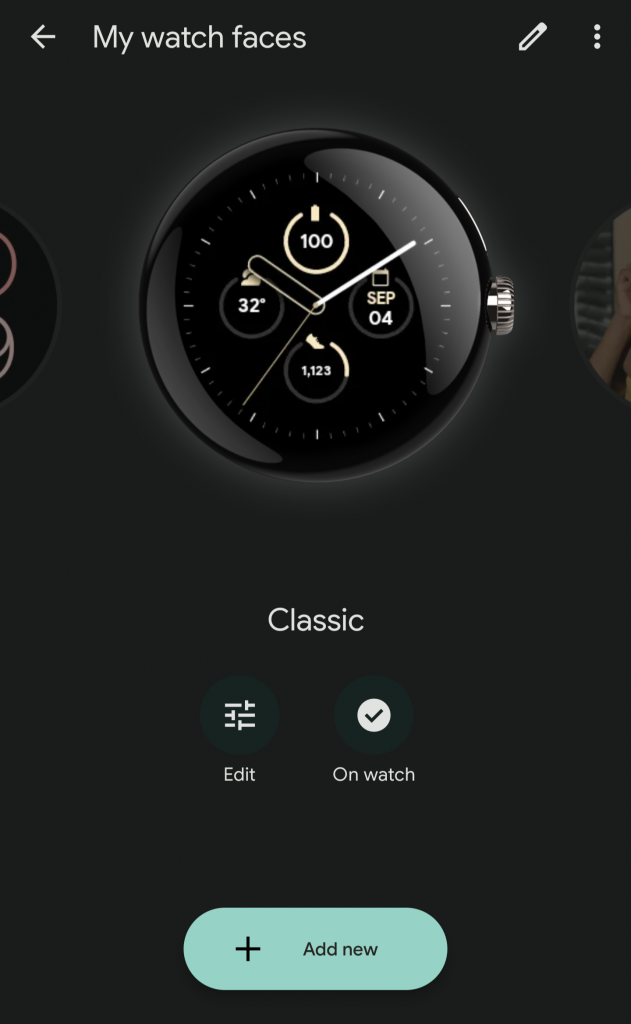 Activation requires a phone with Android 8 or newer. That’s Oreo, so if you’ve purchase an Android phone in the last several years, you’re almost certainly upgraded beyond the minimum. 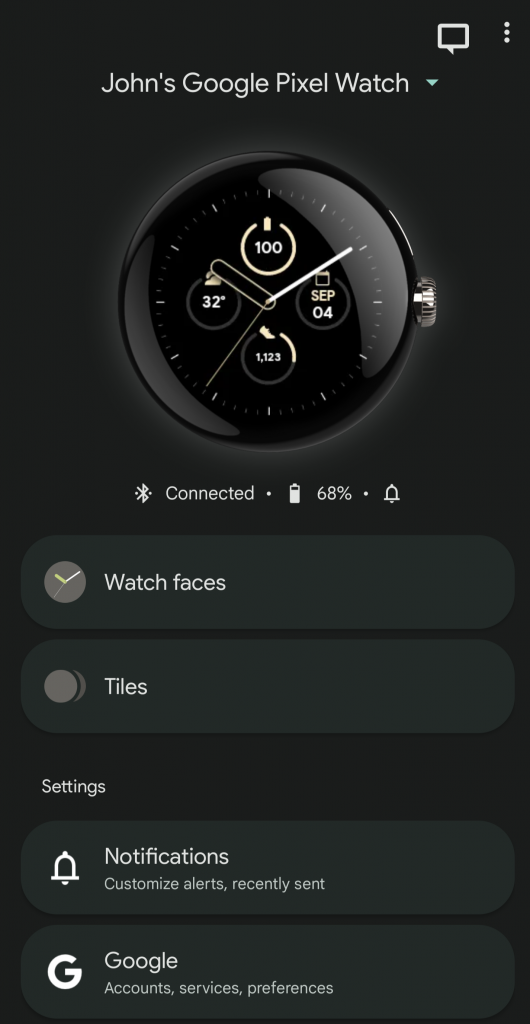 This device does not activate or offer any significant functionality with any iOS device. That may change in the future, but for now, the Google Pixel Watch is made to work with Android phones only. That shouldn’t be a shock, but for all iPhone users: turn back now. 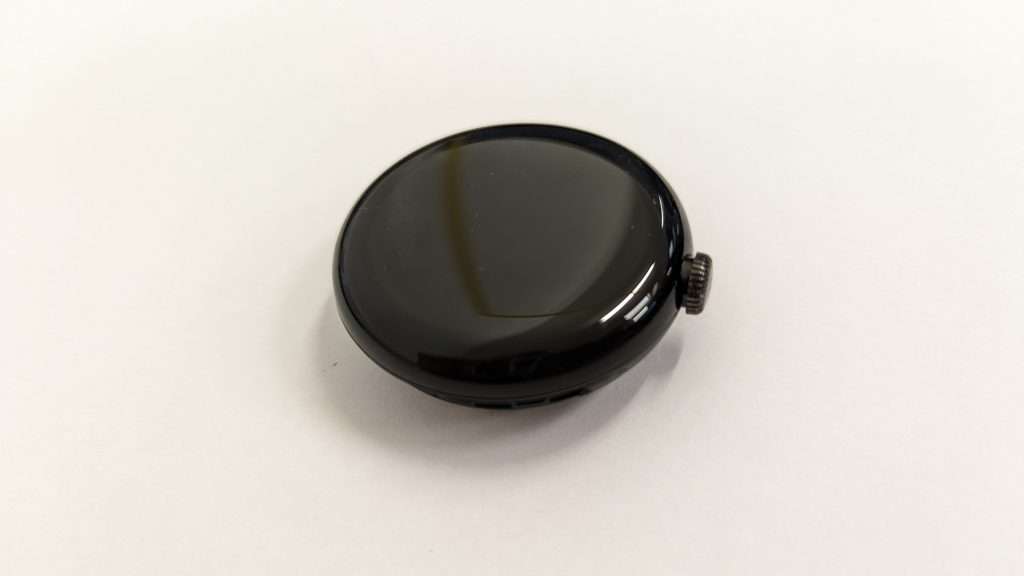 It’s also important to note that you’re working with a watch that has its own proprietary watch straps. 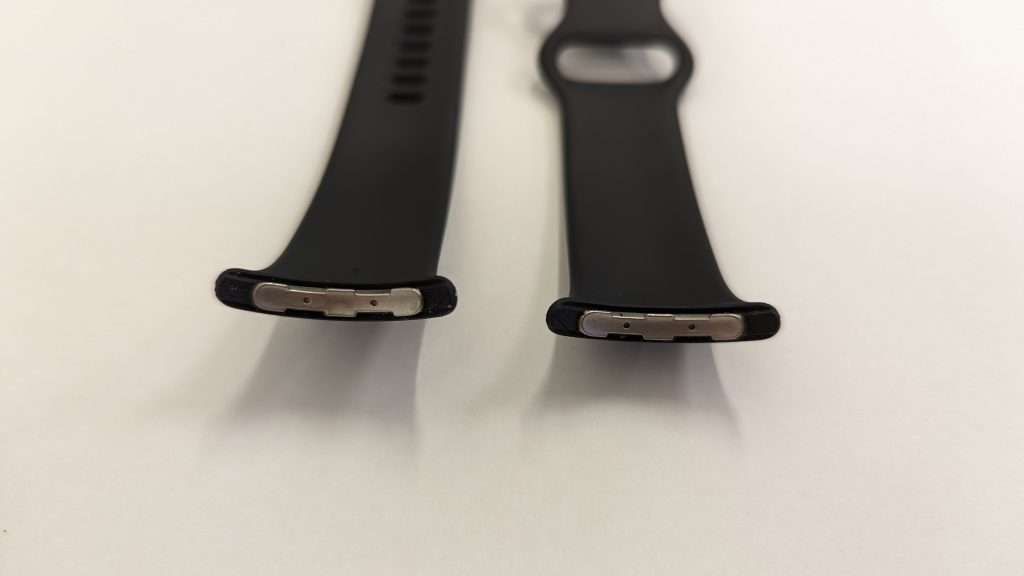 You can remove and replace each strap with a simple push of a button. Under the straps you’ll find two rather curious elements: a set of pogo pins and a hole. 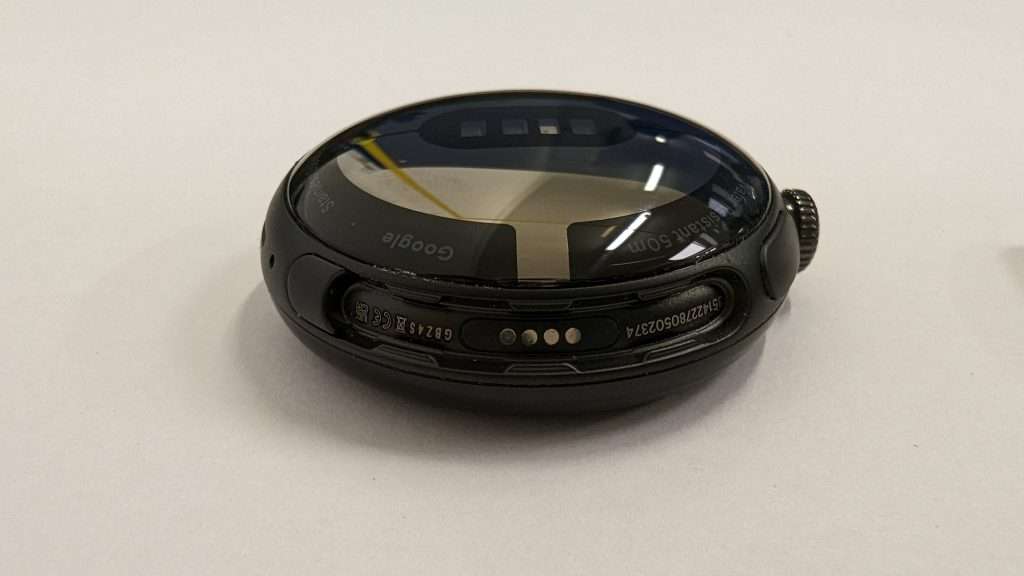 While it’s no big secret what we’re seeing here, these elements aren’t (yet) included in any official diagrams of the watch. According to Fitbit and Google, the pogo pins are “used for software development,” and the hole on the opposite side is the smartwatch’s barometric vent. 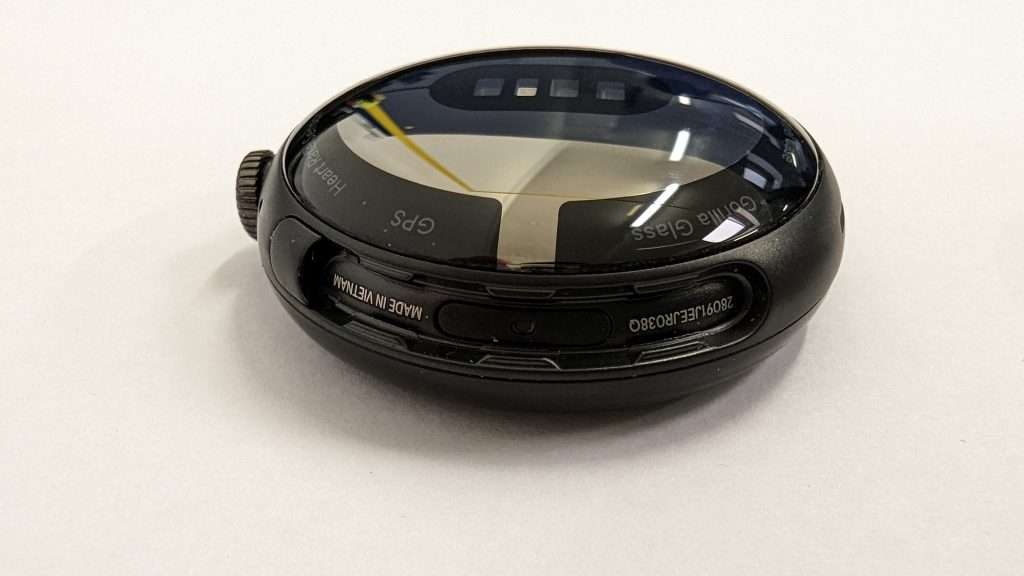 You’ll be given 6 months of Fitbit Premium when you purchase this watch. You do not need to activate this subscription to use the watch. You will need to have a Fitbit account to access some functionality, but you do not need to pay a fee unless you’d like the full Fitbit Premium experience. Just as well, you can still access data from this watch’s sensors without paying a subscription fee.

This device comes with 3 months of YouTube Music Premium. You can just as easily use a different music service, so long as it has some form of Wear OS companion app available, but YouTube Music is what Google recommends you use. You’ll have the most extensive control options and you’ll more than likely see the most updates to software if you’re using Google’s recommended apps with this device.

Google’s Wear OS platform is better established than it’s ever been before, but it remains limited when it comes to variety in available apps. Search Google Play for “music” for your Google Pixel Watch and you’ll find Shazam, iHeart, SoundCloud, Spotify, Calm, and a few others — a total of fewer than 30 apps. Search “podcast” and you’ll find around 23 with a lot of overlap with your search for music.

The good news is that when it comes to media playback with apps like Pocket Casts, you’ll have automatic basic control, regardless of if the developers of that app have put the effort into developing a proper Wear OS app.

Google claims that the Pixel Watch will last up to 24 hours on a full charge. I’ve found that to be true — this watch never lasted more than a full day on a single charge. 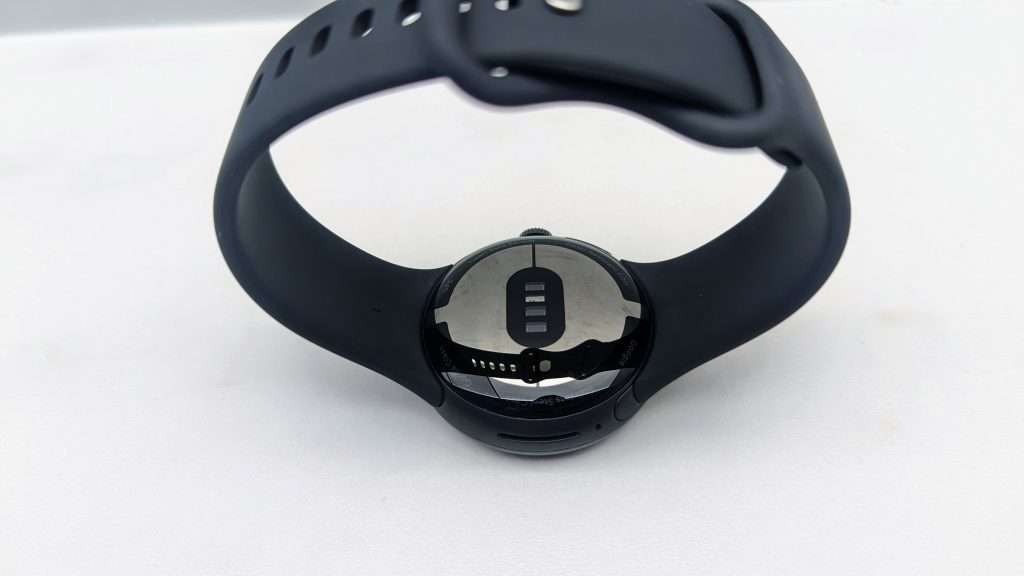 It’s not that the device didn’t notify me in time that I was going to run out of battery — I’m sure that, with time, I’d grow used to charging this device every night, as I do with my smartphone. It’s just that because the watch felt like such an extension of my arm, the idea that I needed to take it off for a recharge didn’t come nearly as naturally as charging a phone. 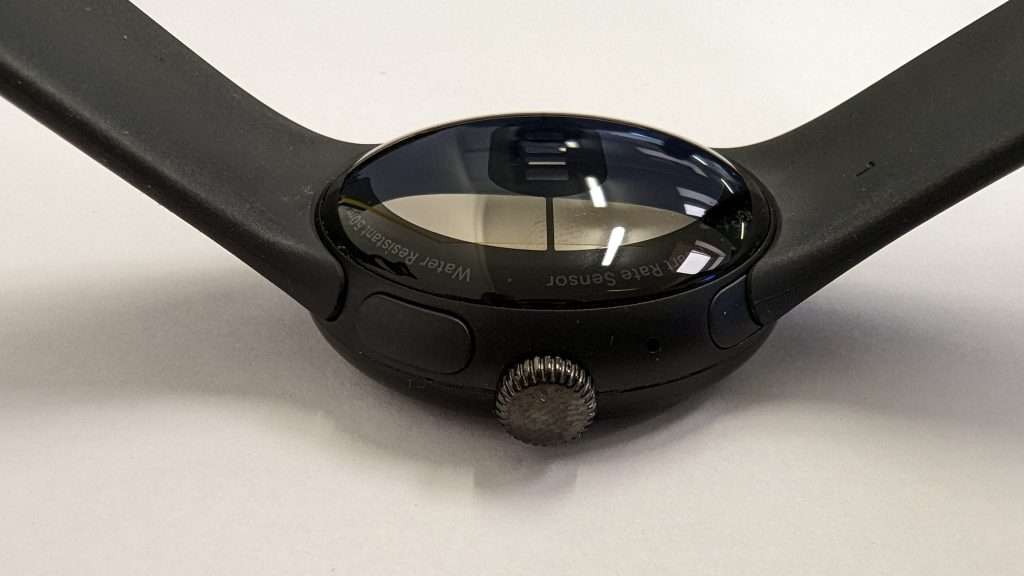 The speed at which this device charges is right on-point with what Google’s claimed. The 294 mAh battery in this device is charged with an included USB-C magnetic charging cable at a fast clip. It takes approximately 25-35 minutes to charge from zero to 50%, and it’ll be charged all the way in a little under an hour and a half.

Google has worked with many manufacturers to create Wear OS (formerly Android Wear) devices over the past decade or so. Despite having experience with the vast majority of devices that were released with this software, the Google Pixel Watch is the first that I’ve considered using beyond our standard review period.

This is the first Android smartwatch I’ve used that feels like more than just a toy. Early smartwatches and wearables always felt like something of a burden to me. I’d ask myself why I would want yet another device telling me I had a new email or tracking my steps when my smartphone already did the same thing.

Now I’m convinced that there’s more to the equation. Google finally has a wearable product that’s not just putting a phone on my wrist. At long last Google has delivered a wearable smart device that the average person will find worth wearing.

The Pixel Watch is available from the Google Store for €379 in four different colour combinations. The version we’ve reviewed here is the Matte Black case with Obsidian Active band model. 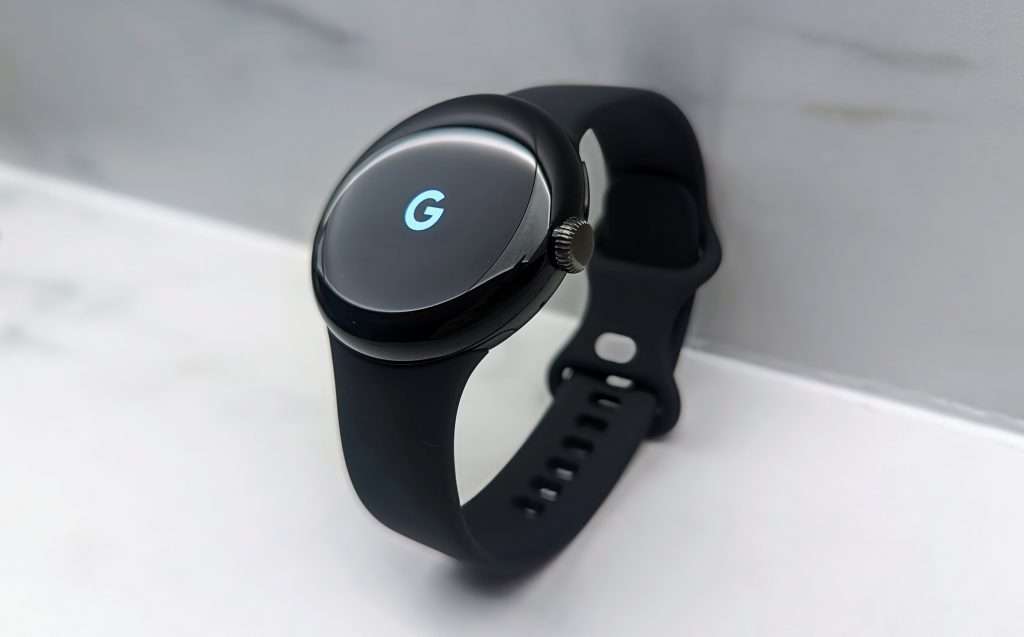