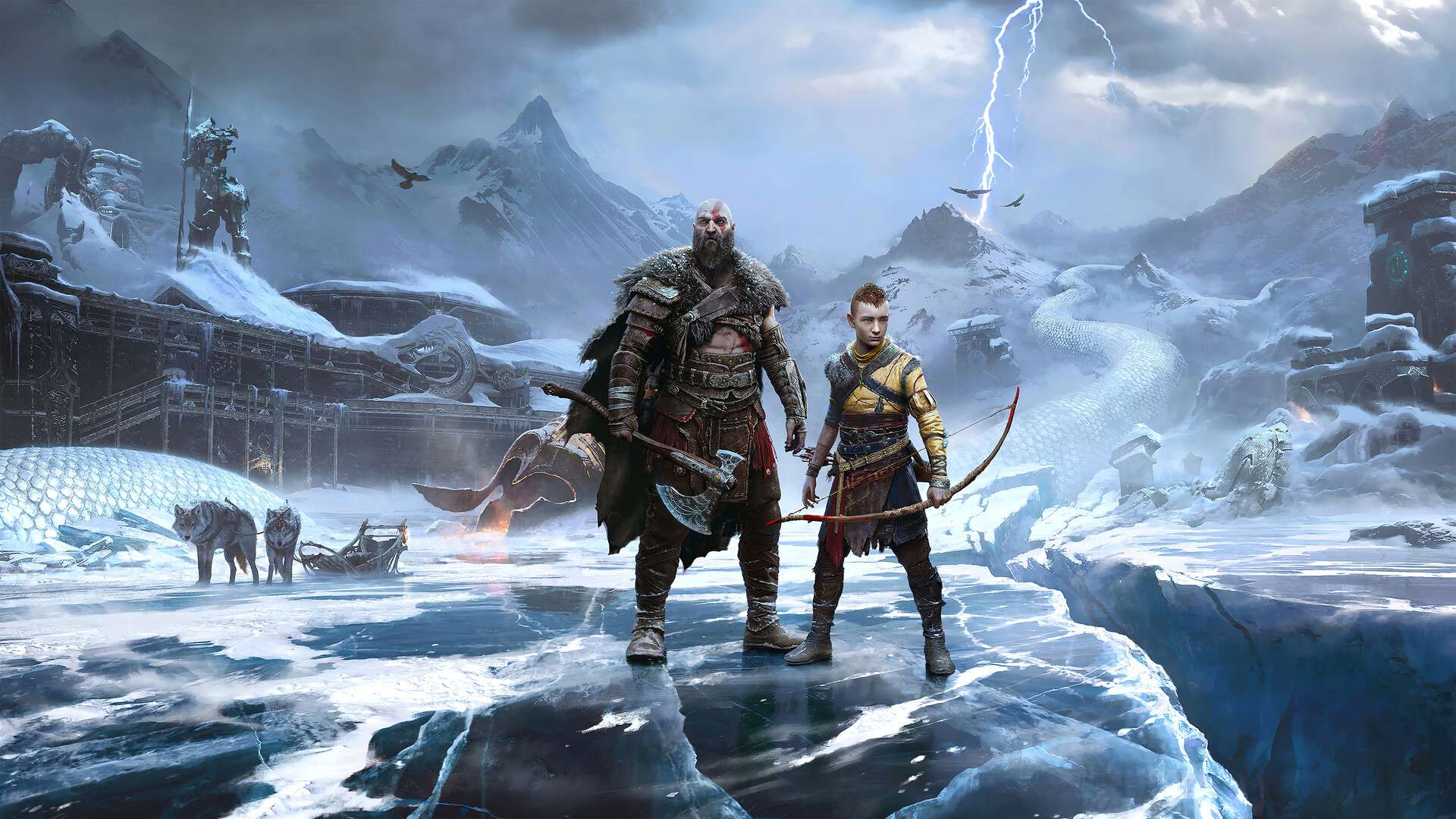 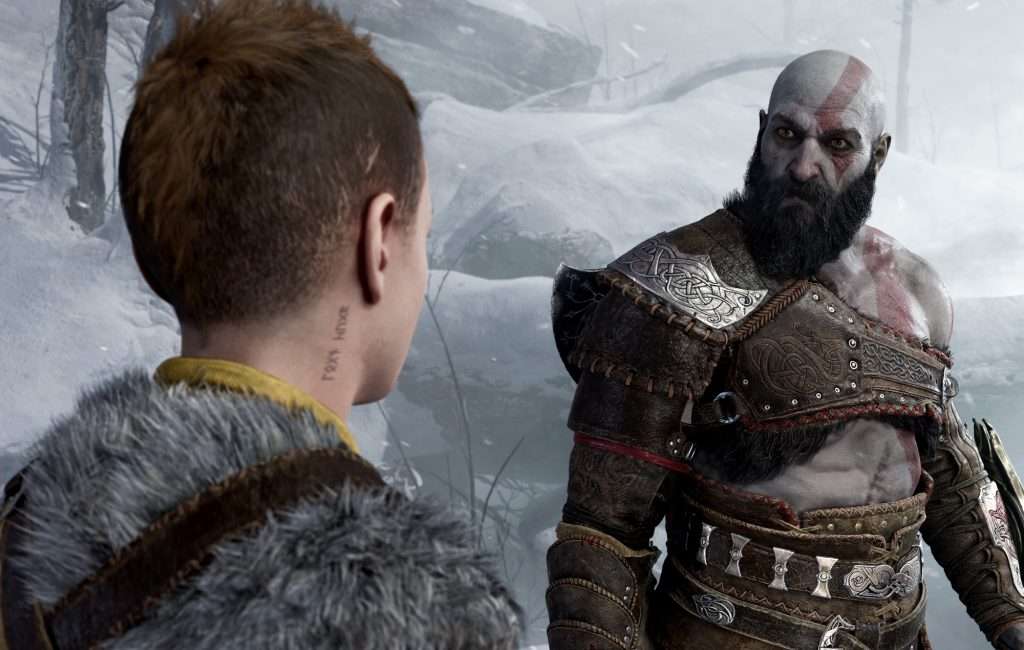 Screw this game for making me cry.

I’m going to try my best not to spoil much, but God of War Ragnarök starts off a little while after the events of the 2018 game with Atreus now aged up, physically and mentally, but still with a thirst for knowledge and understanding. 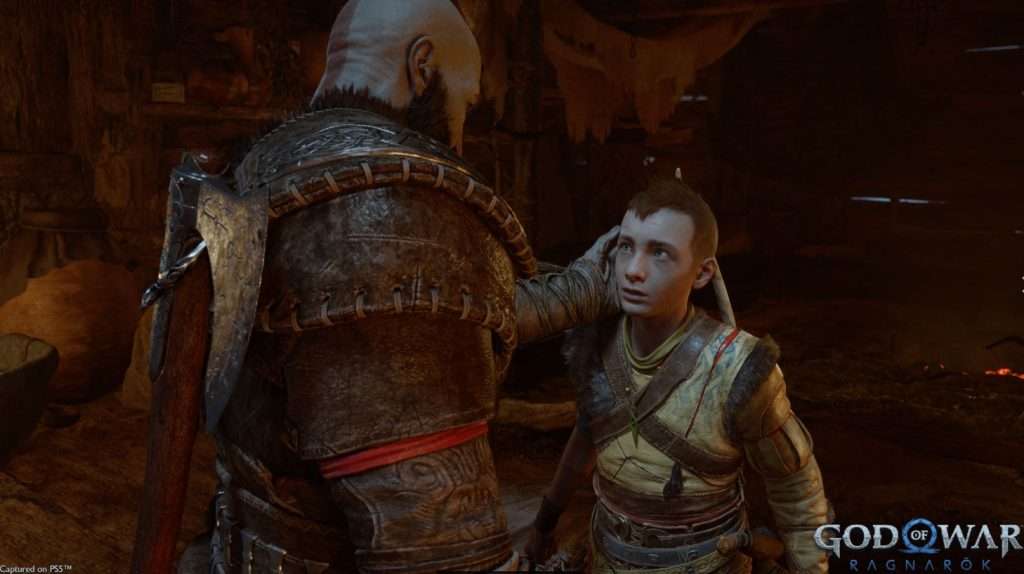 You’ll head off to explore the realms to go and figure out everything there is to do with Ragnarök itself, amongst other things, armed with a strong cast of friends which all serve a great purpose to helping Kratos and Atreus understand themselves and each other better. 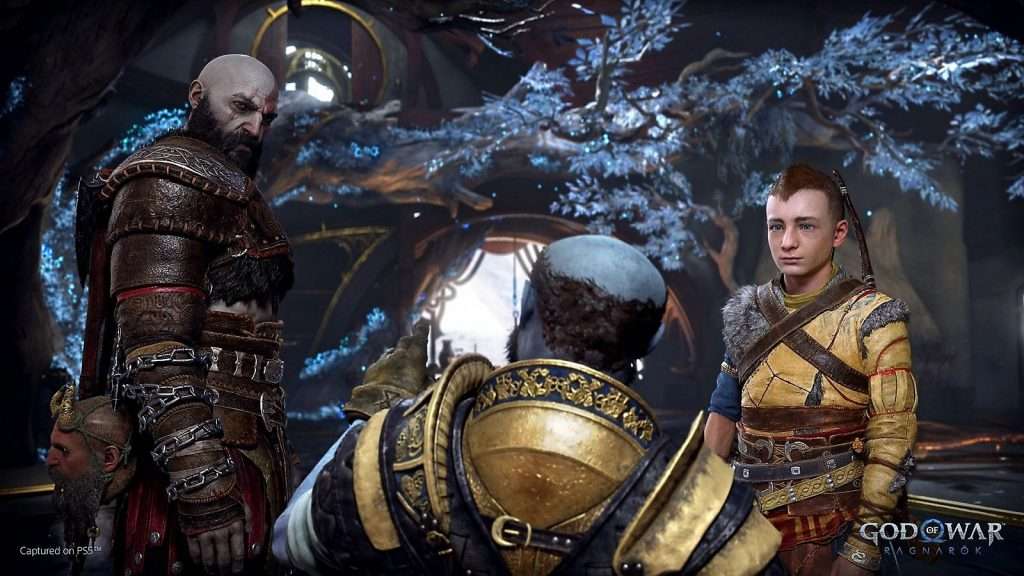 Also, they’re incredibly well rounded and written in their own right with none of them playing just a stereotypical character. With camerawork that’s seamless to bring you in and out of cut-scenes but to maximise dramatic effect – you feel fully immersed in the story. Even during combat, or climbing up large rock-faces, you’ll find story elements continuously fed to you, meaning there isn’t really a moment where you can’t not pay attention. I mostly spent my time on the main path of the story but there’s a whole list of side quests to complete. Even with a fairly maxed out character, I’m so excited to go back for these side quests, just to learn more about the cast. That’s how well written and presented they are. 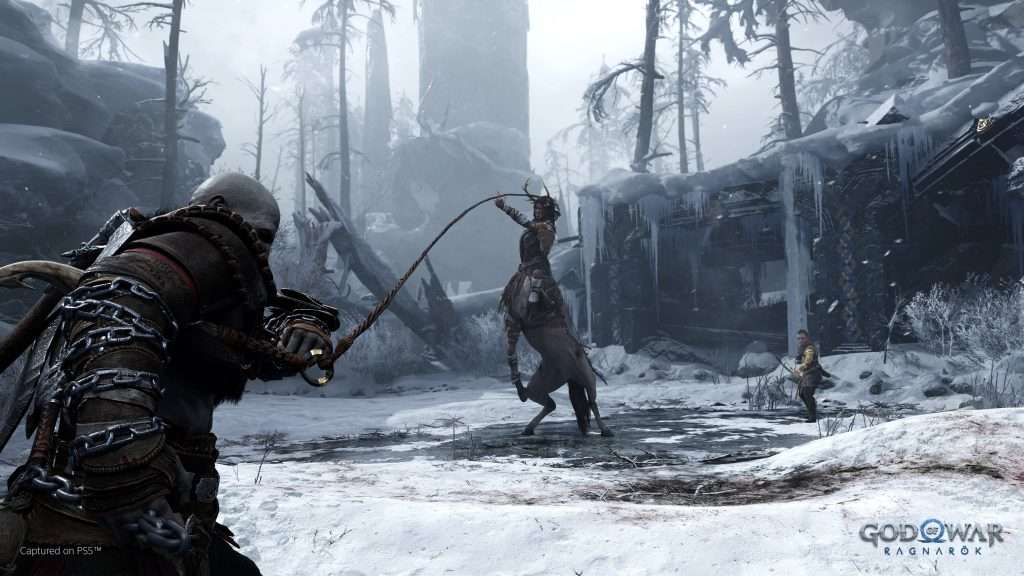 God of War Ragnarök stands at the pinnacle of video gaming story telling.

After the last God of War, I really wondered how Santa Monica Studios would be able to make things interesting in Ragnarök. I’m happy to report that, for nearly the entirety of my 30 hour playthrough (which I was speed running to finish the game in time for this piece) – every single mission brought a new mechanic or enemy to tackle. Weapons feel weighty, sound sharp and are endlessly customisable, thanks to different attacks and set ups, so you can build your character up to be a defensive tank – or a devastating powerhouse. 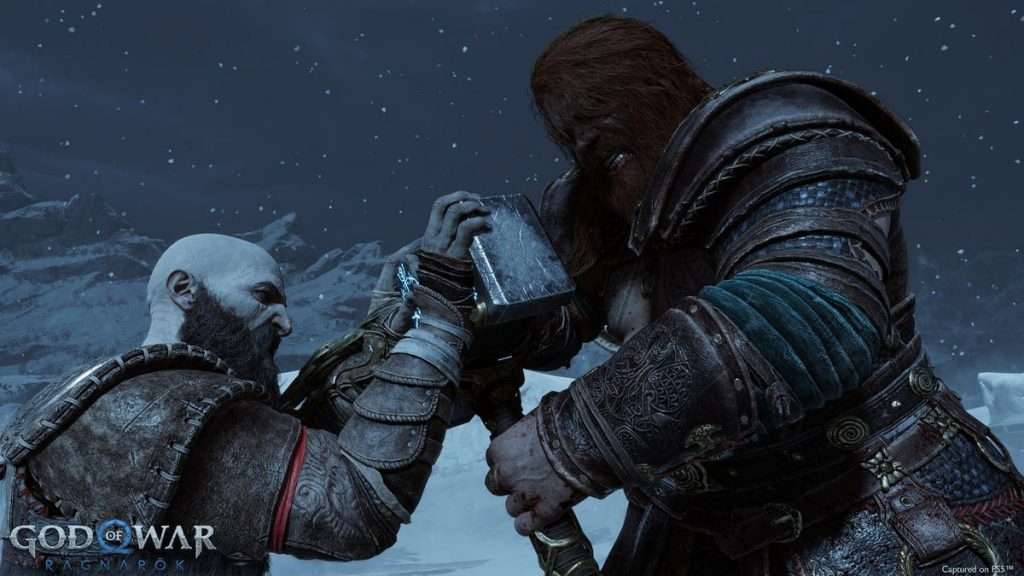 Combat feels, genuinely, perfect in this game. On the surface, it feels amazing to take down enemies, satisfying to finally figure out how to take down a boss and trust me, there’s a bunch of them to take down. If you’re reading this, remind me to go apologise to my neighbours after this review because of the sheer amount of expletives I shouted loudly towards the end of the game. Even on balanced (aka Medium) mode, God of War Ragnarök doesn’t hold back. Every single mistake you make can and will be punished. At times, the game almost feels more like a rhythm game as you dodge, roll, parry and block attacks. It’s good! 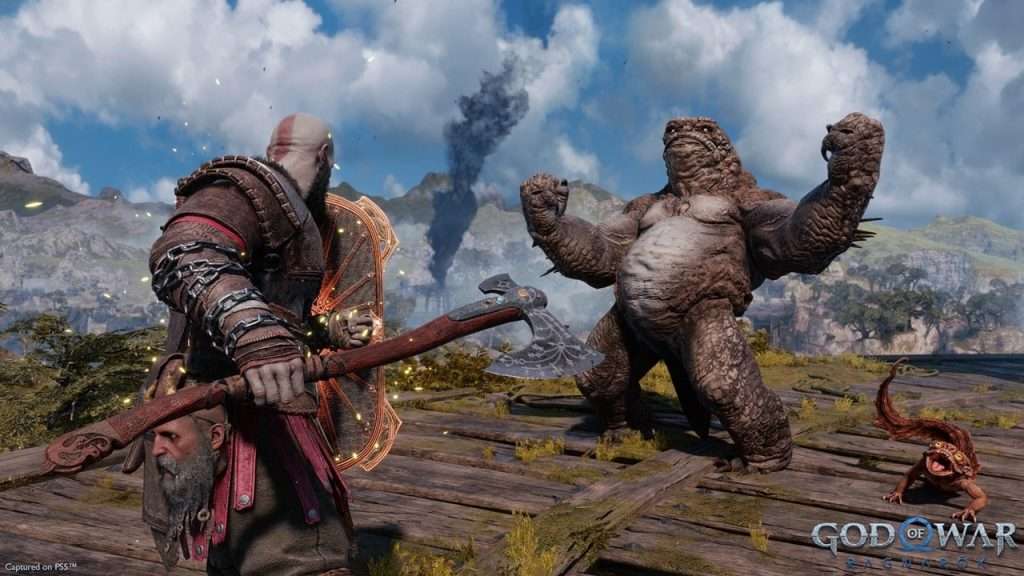 The other thing that God of War Ragnarök does to keep you engaged is you don’t spend all your time playing as Kratos as you’ll be joined by multiple different characters on your journeys, all with their own skills and even skill trees. It forces you to switch up how you play, how you approach puzzles and gives you a different perspective on each of the characters, all of which goes a long way to deepen the story.

Speaking of pinnacles, throw another on the list. God of War Ragnarök also holds the title for not only one of the most graphically gorgeous games I’ve played but also one of the most visually diverse games too. Every single realm, every single character, every single attack is insanely detailed. Lighting in particular stands out in the game, with the warm glow of a fire, cold reflections of ice and deep lava pits all greatly changing how scenes and characters are lit and do so much to help land all of the game’s story and emotional beats. 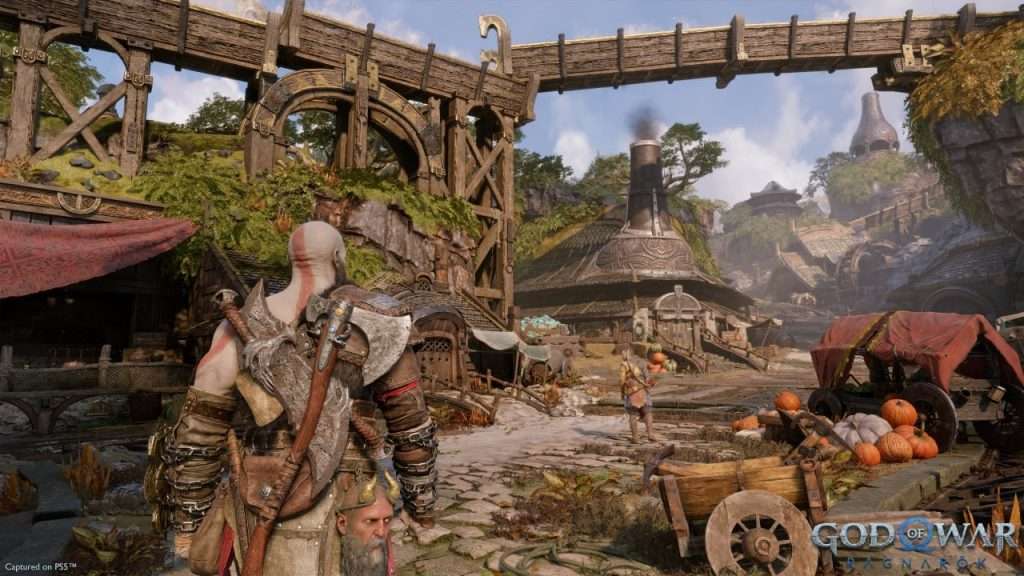 Did I mention, it does all that on top of weapon specific finishers this time around and factoring in a huge arsenal of armour / weapon combos? There are genuine moments in this game where you too will probably swear just in how gruesome an attack might be or simply how beautiful a vista can be. Don’t forget about sound too. If possible, it’s definitely worth playing this game with the PS5 Pulse headset or using a surround sound system, because you can hear just how much love Santa Monica Studio have poured into this game with endless lines of well written dialogue, immersive foley and weapons and grunts that just sound visceral. They sound sharp. It’s excellent.

God of War Ragnarök is a superb visual showcase for just what both the PS5 and PS4 are capable of in the hands of incredibly talented people.

Now, while God of War Ragnarök is certifiably one of my favourite games of all time, there are a few small critiques. There is a sameness to 2018’s God of War – not helped by the fact you’re retreading a lot of places you’ll have already explored in the 2018 game. Now, those places look absolutely gorgeous on PS5 and have their own changes but still. Puzzles? All achingly familiar too with most still just revolving around swinging something around with a hammer hit.

In a game where you’re going to be spending 30+ hours traversing, it means the story has to work a bit harder to keep you engaged. Performance wise, I have to be kind because we tested near release code but as you die a lot, fast reloading times are really important to keep things flowing and reload times for certain areas took nearly 10 seconds at one point. Also, no photo mode at launch is criminal – Sony, sort that out ASAP because I cannot wait for people to appreciate just how gorgeous this game truly is. 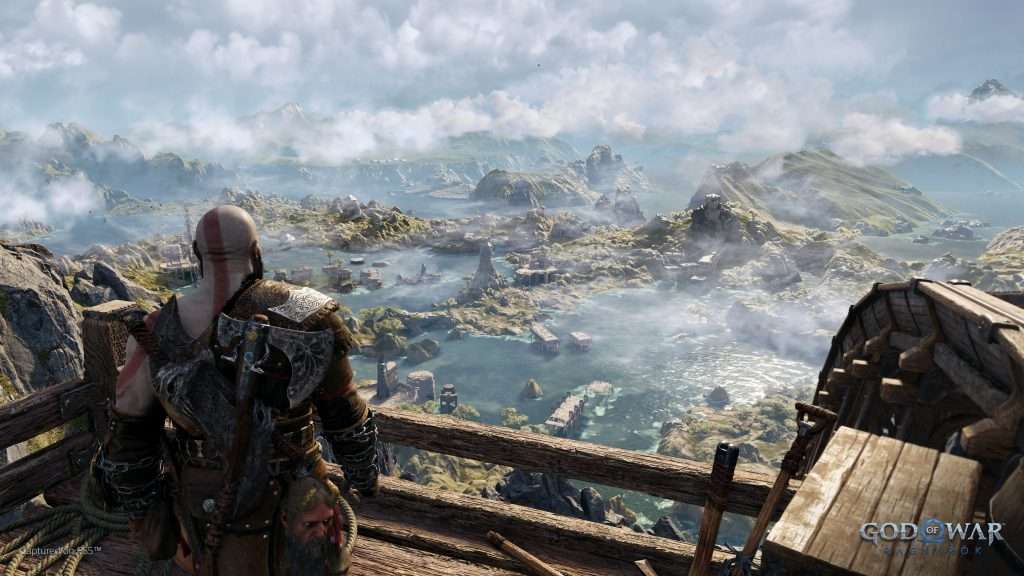 God of War Ragnarök feels claustrophobic with most of the game being corridors interspersed with cracks to squeeze through as it loads in more of the game. Some may say it’s for narrative or pacing but if you took a drink every time you had one during a night’s gaming session – you’d be hammered in an hour.

You can see clearly how ambitious Santa Monica Studios are in developing a beautiful combat adventure game that plays smoothly and well… compared to games like Horizon, Ghost of Tsushima, Elden Ring… it just feels like the PlayStation 4 is starting to hold back gaming and the studio just did their best to make it run great across both platforms. There’s hints at it where the developers showed they really wanted to build on this, with small open world sandboxes you can explore via ‘vehicle’ (really trying to not spoil anything) but it feels like a missed opportunity. 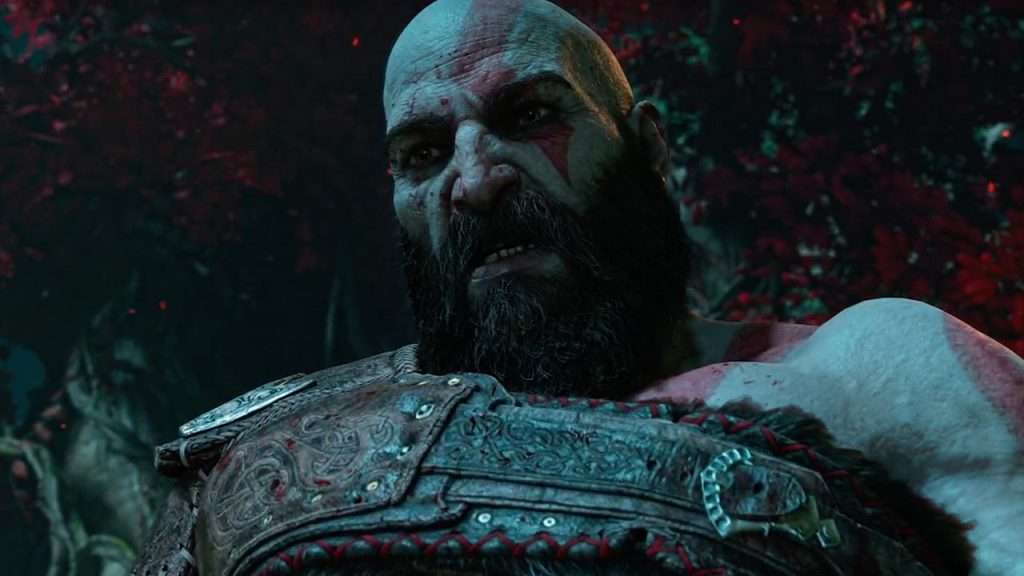 Don’t let my critiques put you off. God of War Ragnarök is a bone-fide masterpiece and a perfection of the genre. Think of it like an excellent Season 2 of a TV show you love but with an even bigger budget. If you’re not already, you should be very excited to go play it. It’s got blockbuster storytelling, incredible visuals and satisfying but deep combat. If you play one game this year… play this.

God of War Ragnarök is available Wednesday, November 9th, from €69.99 for the PS4 edition and you can pre-order it now on the Playstation Store via this link here.

A review code of God of War was supplied to TheEffect.Net from Sony Playstation Ireland and was reviewed on a Playstation 5 system. 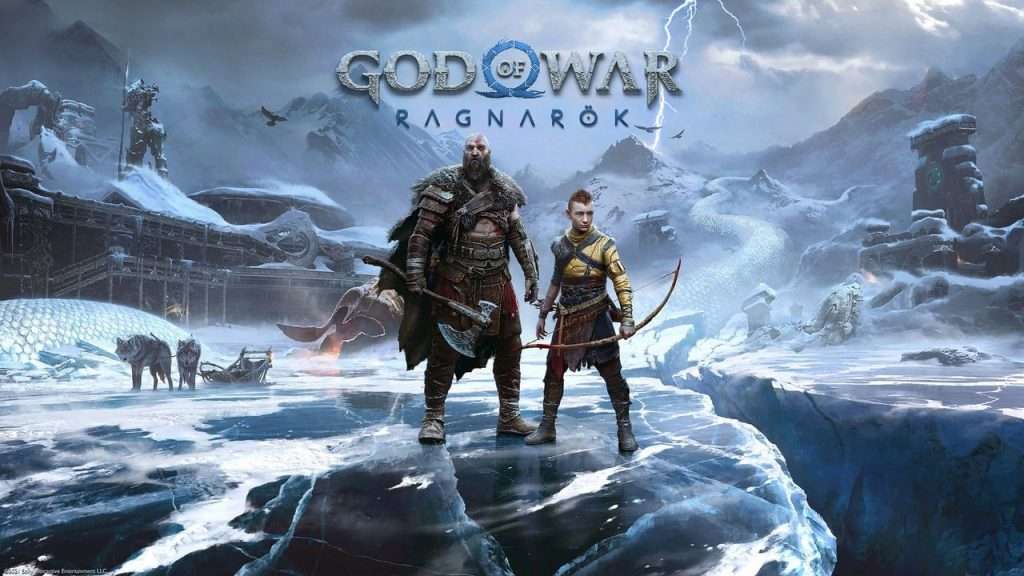 God of War Ragnarök is a bone-fide masterpiece and a perfection of the genre. Think of it like an excellent Season 2 of a TV show you love but with an even bigger budget. If you’re not already, you should be very excited to go play it.