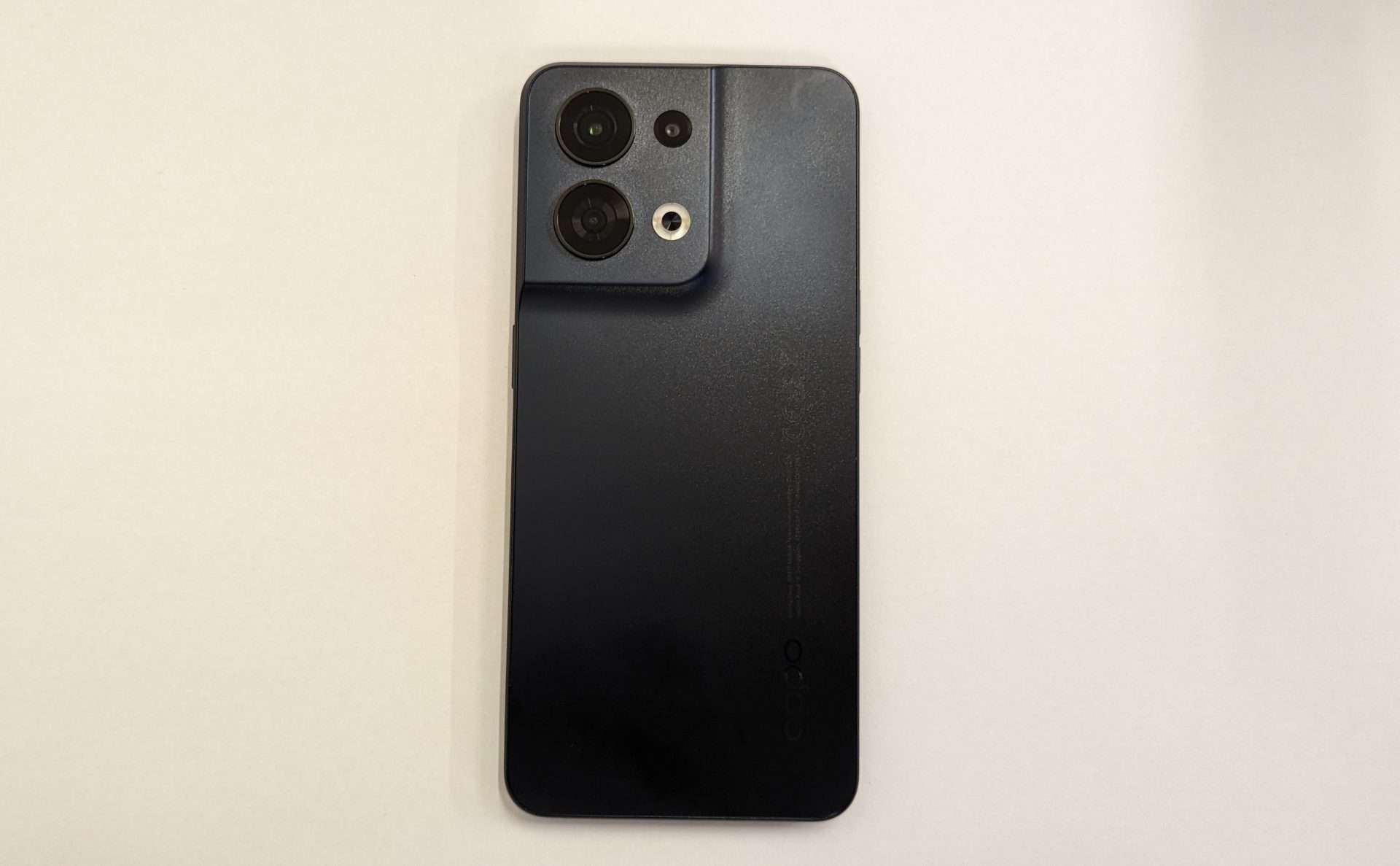 OPPO’s Reno8 5G is the company’s latest entry into the mid-range phone market. It’s a device for those who don’t want to spend €1000+ on a handset but still want something that won’t let them down on the basics and even excel on certain fronts.

It has a streamlined look synonymous with more expensive devices; is capable of solid performance; can take Instagram-worthy photos; and has a decent battery backed by 80w charging capabilities. We’ve been using the Reno8 for a few weeks now and here is what we thought. 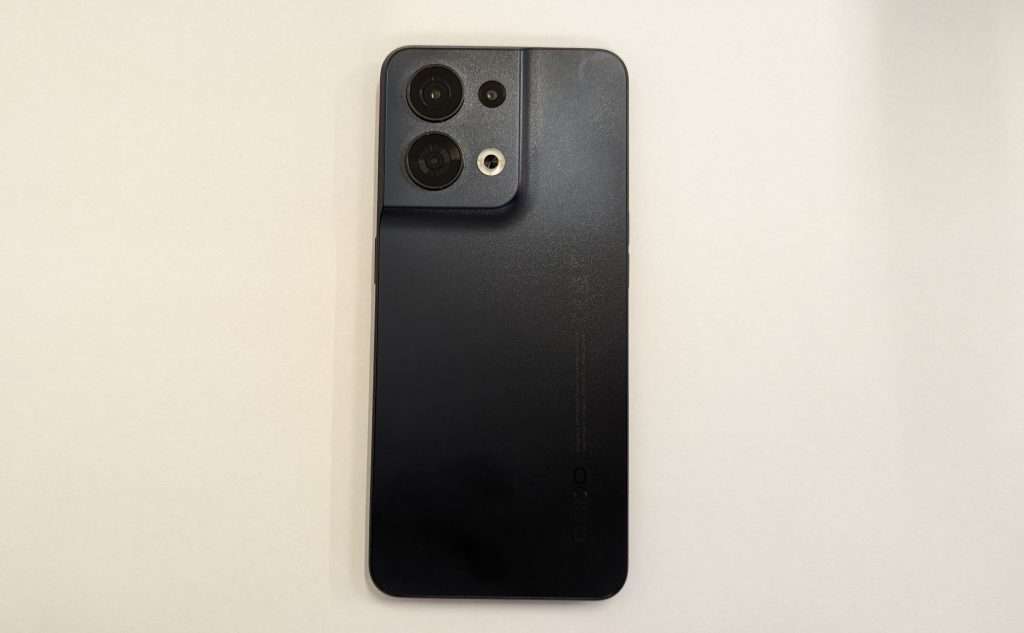 The Oppo Reno8 has a box-shaped design as opposed to rounded edges around the sides. However, the edges are curved to prevent the phone from digging into your palms. The Reno8 has a slightly large chin bezel but the rest of the three sides have very slim bezels. On the back, the Reno8 has a unibody design with a single piece of glass used to cover the entire rear panel, including the camera island. OPPO’s unibody design was previously only reserved for its flagship phones, which gives the Reno8 a premium look. 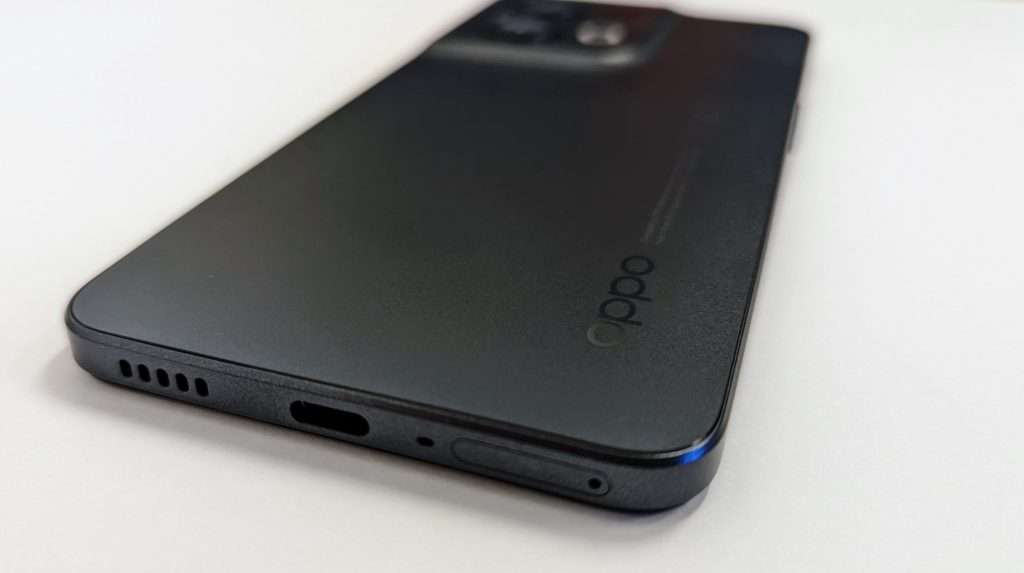 The OPPO Reno8 comes in a ‘Shimmer Black’ colour option only here in Ireland but it’s still a nice, ‘cover all bases’ colour and doesn’t take away from the premium look of the device. The OPPO logo is seen on the bottom of the rear panel, but apart from that, there’s nothing else inscribed on the back, giving the phone a clean matte finish. The one thing I did notice is that the rear panel did catch dust and the occasional fingerprints. The frame of the phone is made of plastic, so while the phone looks premium, it doesn’t quite feel it. 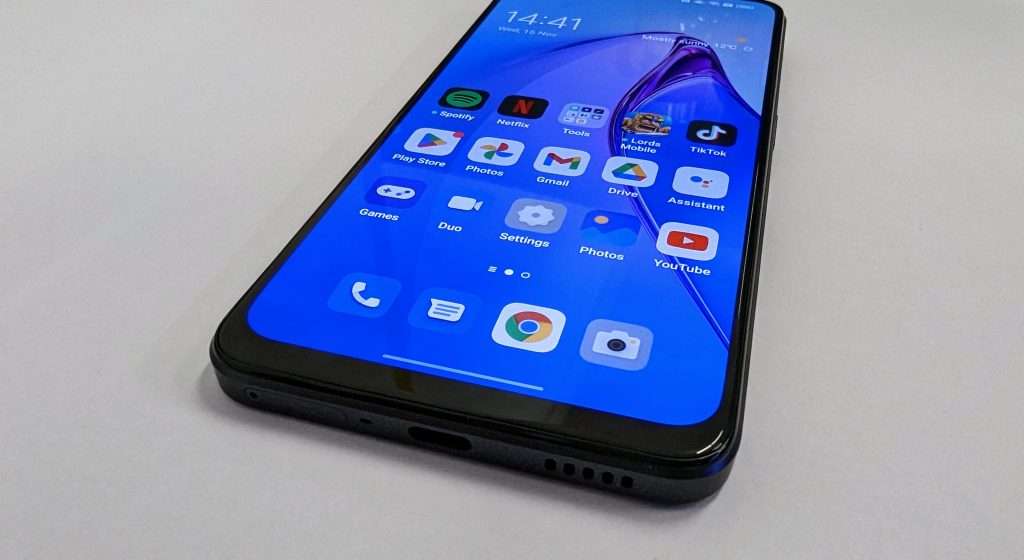 On the flip side, the Reno8 is rather slim and light, measuring 7.67mm thick and weighing around 179 grams.  It has a standard layout with the power button on the right and the volume buttons on the left. The SIM tray, USB Type-C port, and speaker grille are all located on the bottom. Overall, the design and build of the Reno8 is pretty good, the phone looks great and feels good in the hand. It is worth noting that OPPO has also included a charging adapter, case, cable, and SIM tool in the box which, as we all now, is becoming increasingly rare these days.

The Reno8 sports a 6.4″ FHD+ AMOLED panel with a pixel density of 411 ppi. The screen boasts a 90Hz refresh rate, a 20:9 aspect ratio, DCI-P3 coverage, and 8-bit colour depth. The display has good viewing angles with a peak brightness of 800 nits, although it isn’t quite bright enough for outdoor use under direct sunlight. 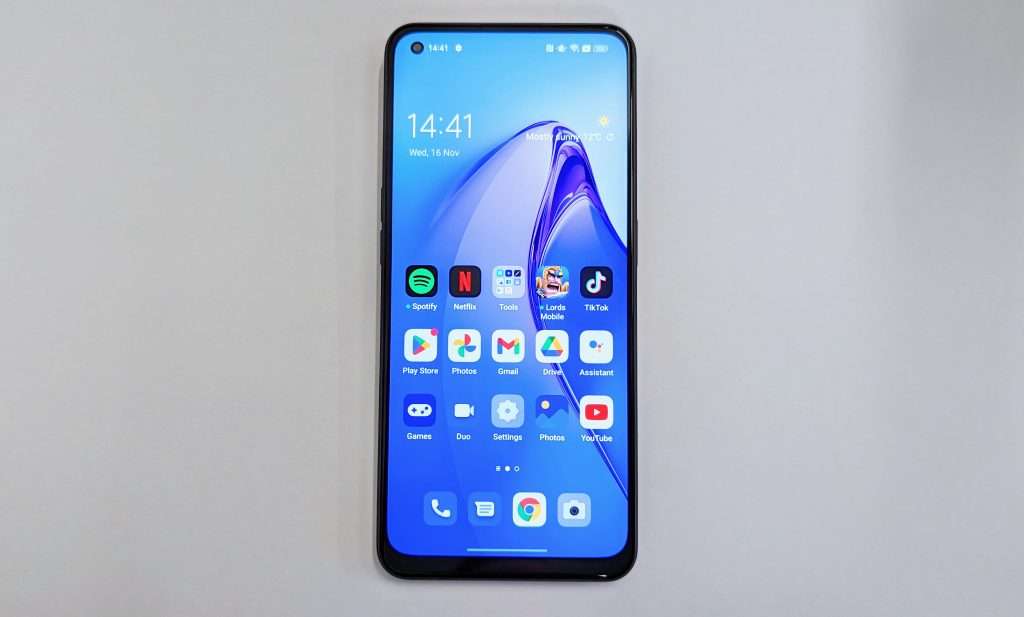 The screen on the Reno8 is decent enough for gaming or entertainment but is far from the best in the segment. The 180Hz touch sampling rate is fairly average and the lack of HDR support means your streaming apps’ HDR content isn’t going to ‘pop’ off the screen like other, more premium handsets but I guess that’s expected at this price point. 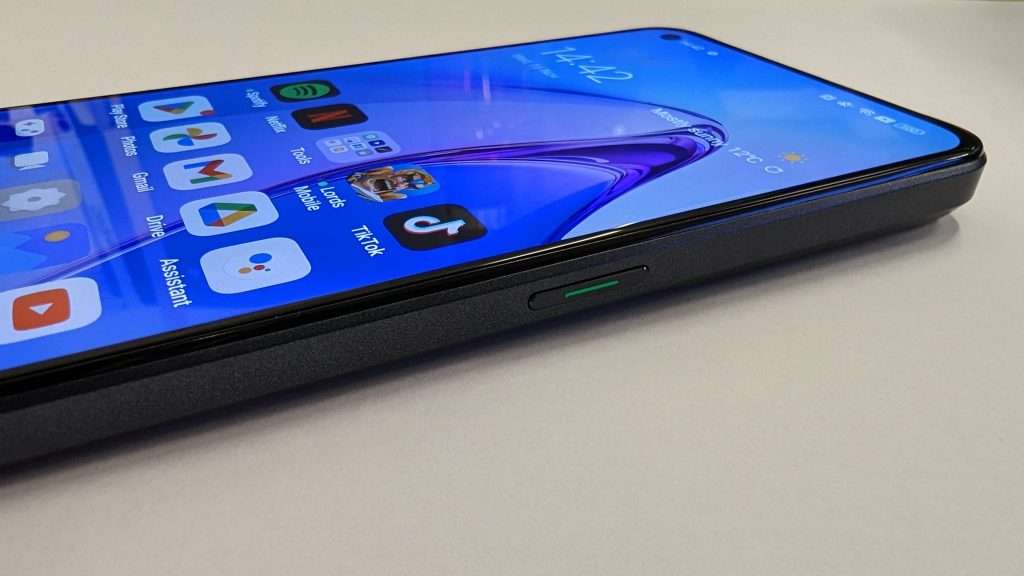 The Reno8 ships with Android 12 with ColorOS 12.1 on top. ColorOS has a ton of customizations through the Theme Store app, wallpapers, Floating Window widget, and more. You also get the option to turn on Air Gestures, allowing you to interact with the phone without touching the screen.

You also get features like a sidebar, which lets you create a list of apps to launch in split-screen mode. The one downside of ColorOS is that it comes with a ton of bloatware pre-installed, although most of these apps can be uninstalled. However, some pre-installed bloatware is here to stay. The software on the Reno8 isn’t anything out of the ordinary, it’s reliable but still needs some work to make it as seamless an experience as say a Pixel device.

When it comes to processing power, the Reno 8 gets a solid upgrade over its predecessor on the performance front with the addition of the MediaTek Dimensity 1300 SoC. The chip is paired with 8GB of RAM and 256GB of storage, which is an impressive amount of storage at this price point. Additionally, the RAM expansion feature allows the phone to utilize up to 5GB of unused storage as virtual RAM. When it comes to gaming, the MediaTek chip can run any title without much effort. 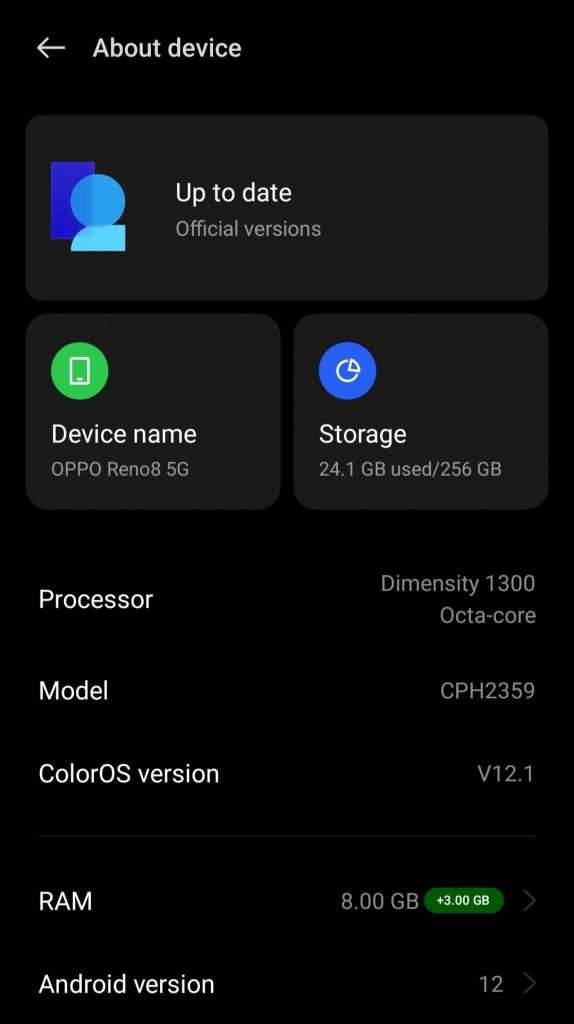 We ran Call of Duty: Mobile on ‘Very High’ graphics and didn’t see a lot of frame rate drops after a good 30 minutes of gaming. Asphalt 9: Legends ran at 60fps on both Medium and High graphics, although we did see stutters on the latter during intense race sections.

The Reno8 also has a dedicated game bar that allows you to block out disturbances when gaming. Additionally, you can use the ‘Performance’ mode to get a boost while gaming. The Reno8 may not have the best-in-class performance in the segment, but it is powerful enough for both multi-tasking and long gaming sessions.

The Reno8 also gets a camera upgrade on the back, now using a 50MP Sony IMX766 primary sensor, which is fast becoming the go-to camera sensor in the segment this year. 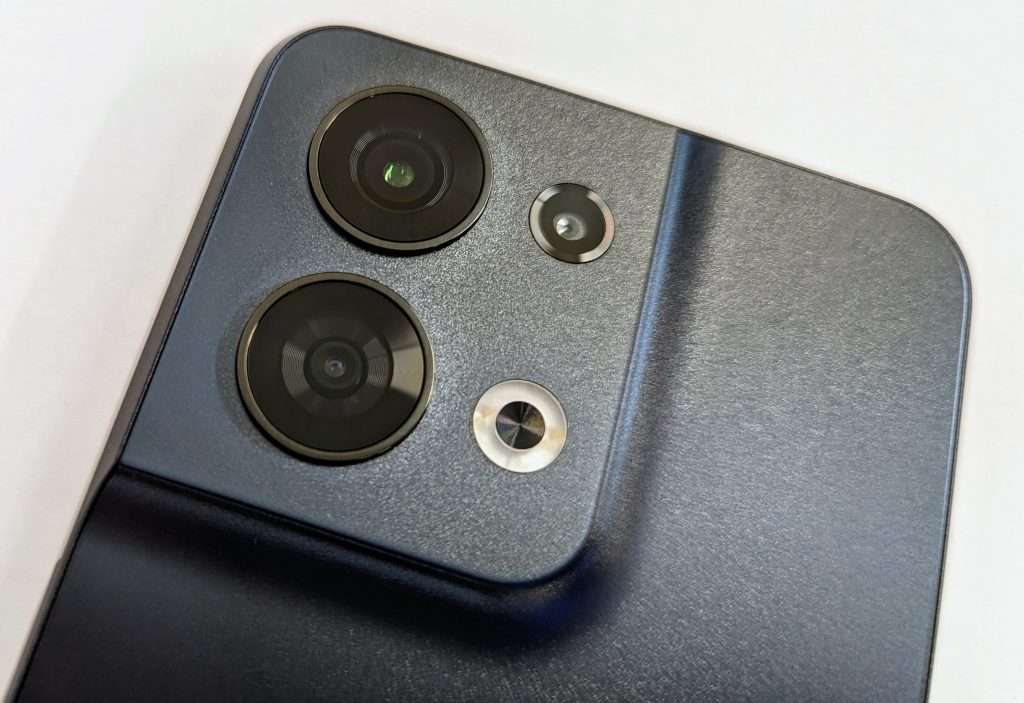 The main camera is paired with an 8MP ultrawide shooter and a 2MP macro unit. On the front, the Reno8 is equipped with a 32MP selfie camera. 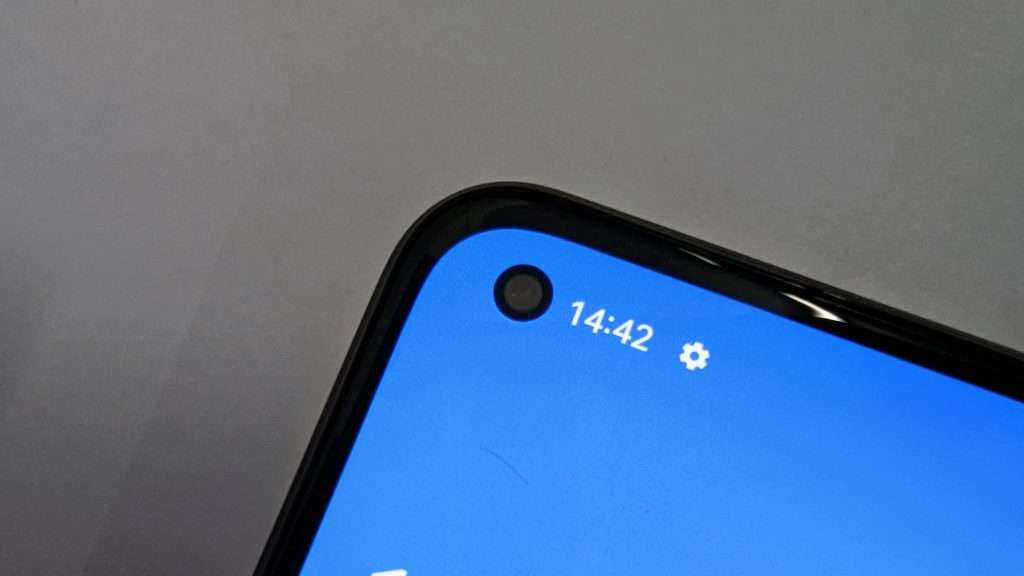 The rear camera system can record 4K video at 30 fps or 1080p video at 60fps. The camera setup is similar to that of the OnePlus Nord 2T, OPPO’s sister brand, although the 50 MP shooter here lacks OIS. So let’s take a look at how the cameras perform in the real world. 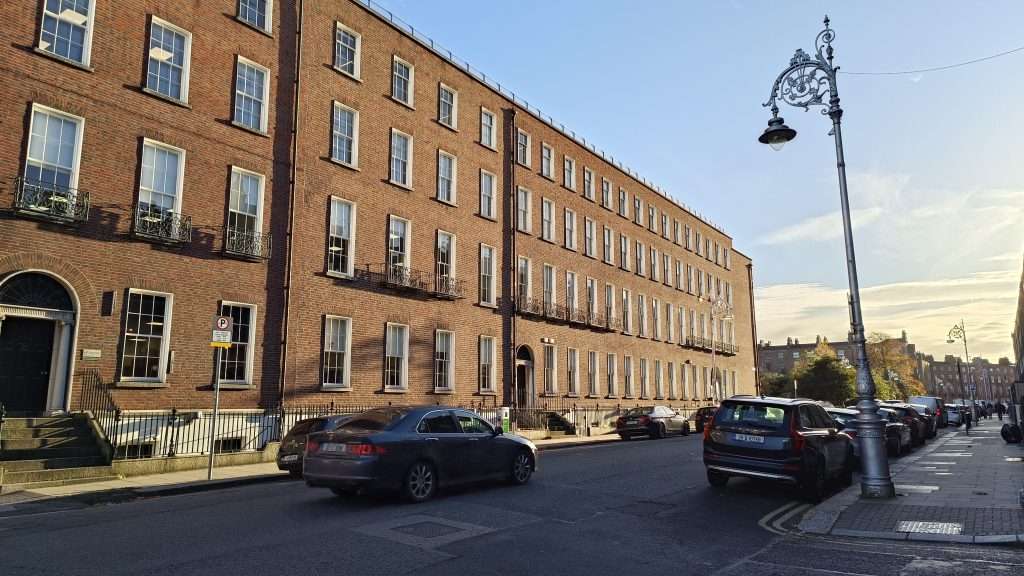 Additionally, there’s a 50 MP mode that allows you to capture even more details in shots. 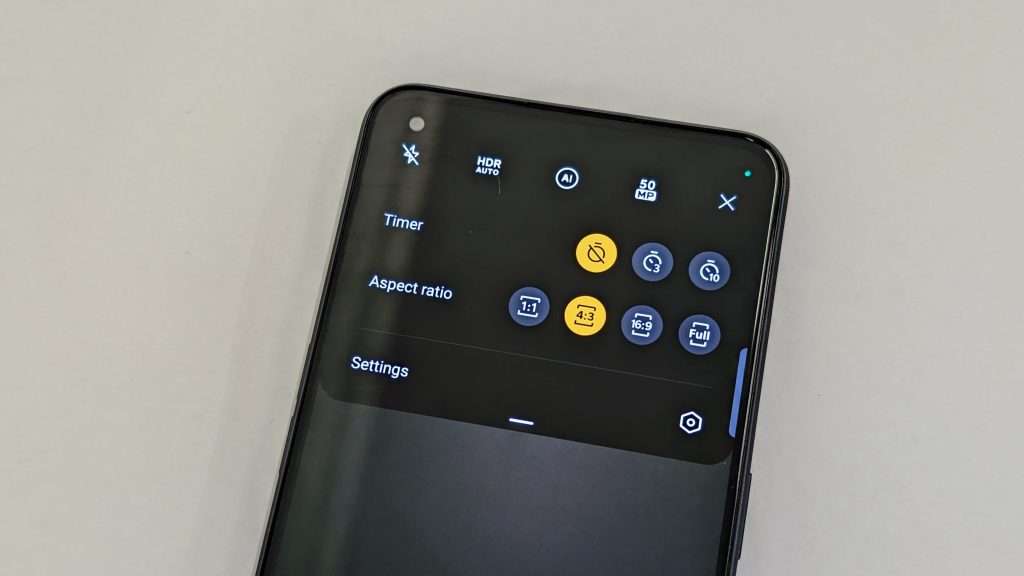 The ultrawide camera maintains the same colour profile as the main camera in daylight, although shots look a little less detailed and softer. The macro unit can be a swing and a miss and takes a fair bit of time to get it right. 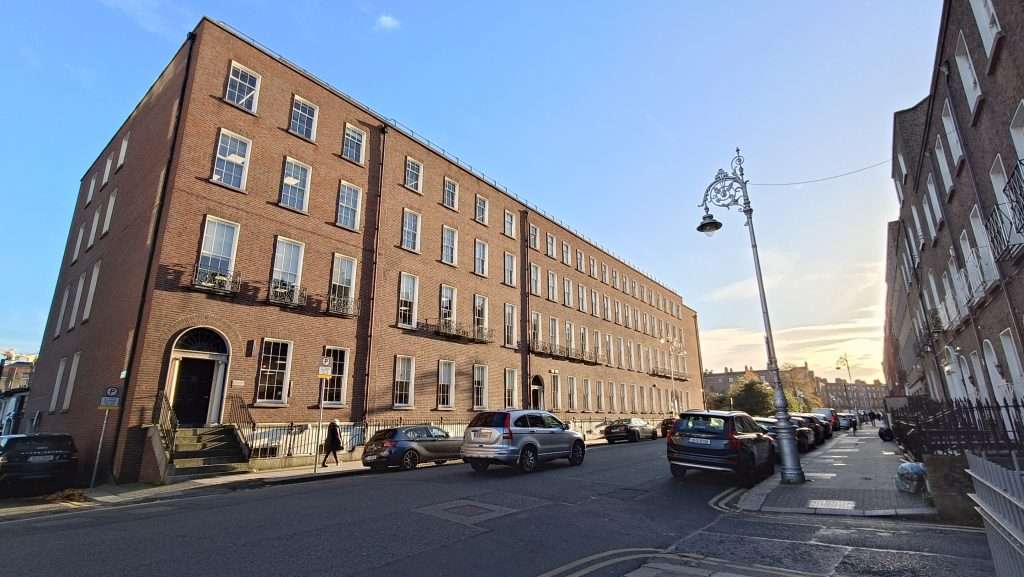 In low light, you can use the night mode to reduce noise and brighten up images while maintaining good detail. However, the darker areas in the shots have somewhat of a watercolour look and the detail tends to fade. In the absence of ambient light, camera results were fine but you can start to see it struggle in more dimly lit environments. 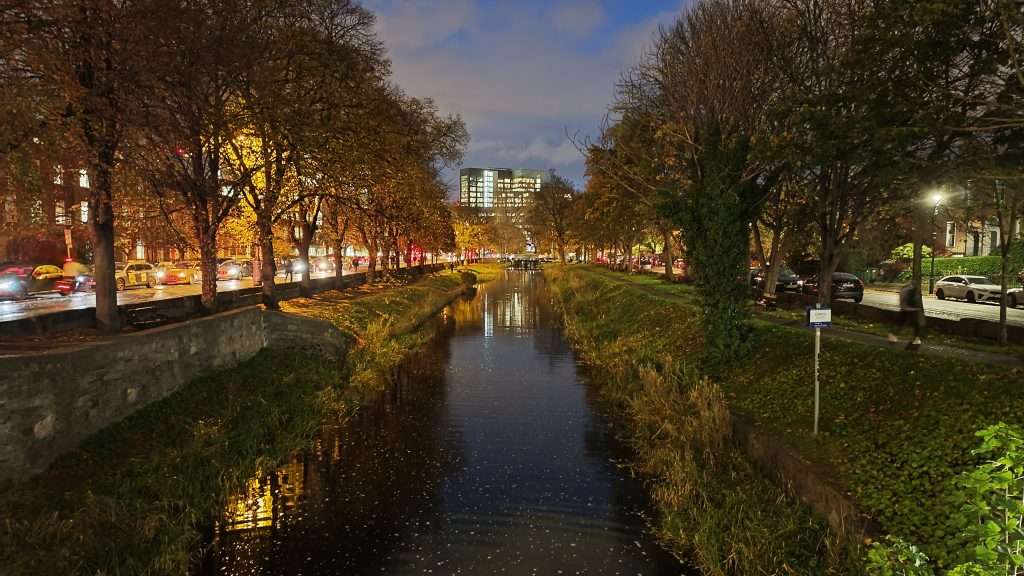 And while ultrawide shots were better than average at night, you still need some ambient light to get usable results. 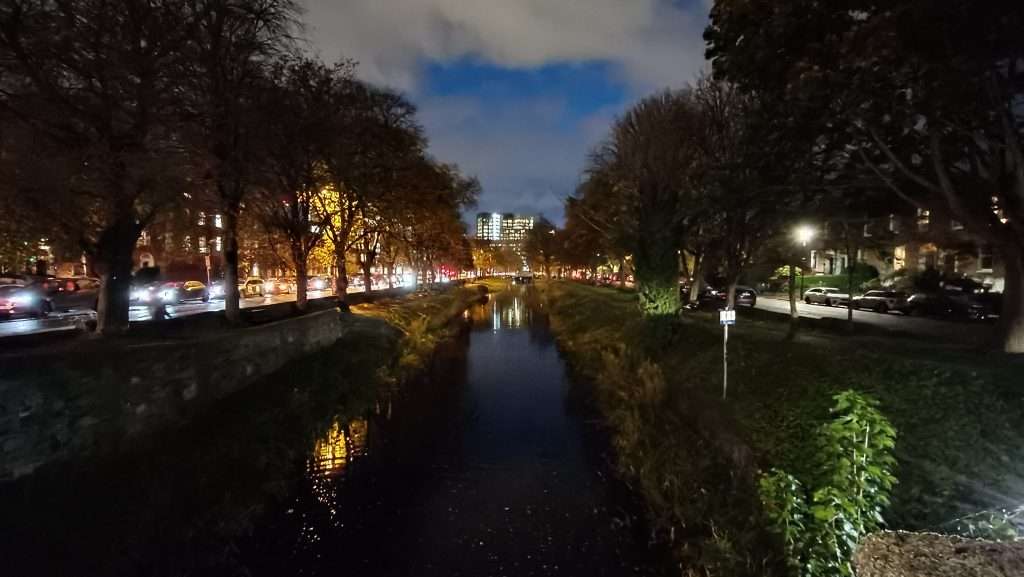 Portrait shots had good edge detection and a natural blur, no matter whether you use the front or rear cameras. 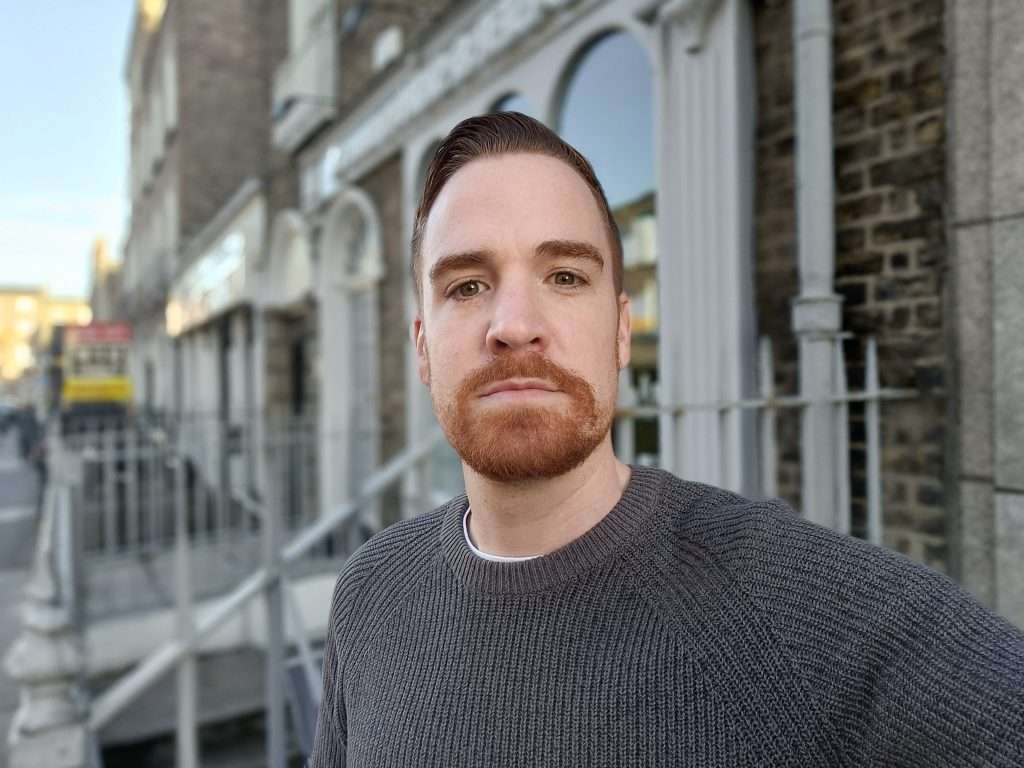 The rear camera system can capture 4K videos, but it is limited to 30fps. Even so, the footage looks good but lacks stabilization as the EIS doesn’t work very well in 4K resolution.

Overall, the OPPO Reno8 has a really good set of cameras that don’t disappoint and are among the best in the segment. Apart from the lack of OIS on the main camera, there is little to complain about. 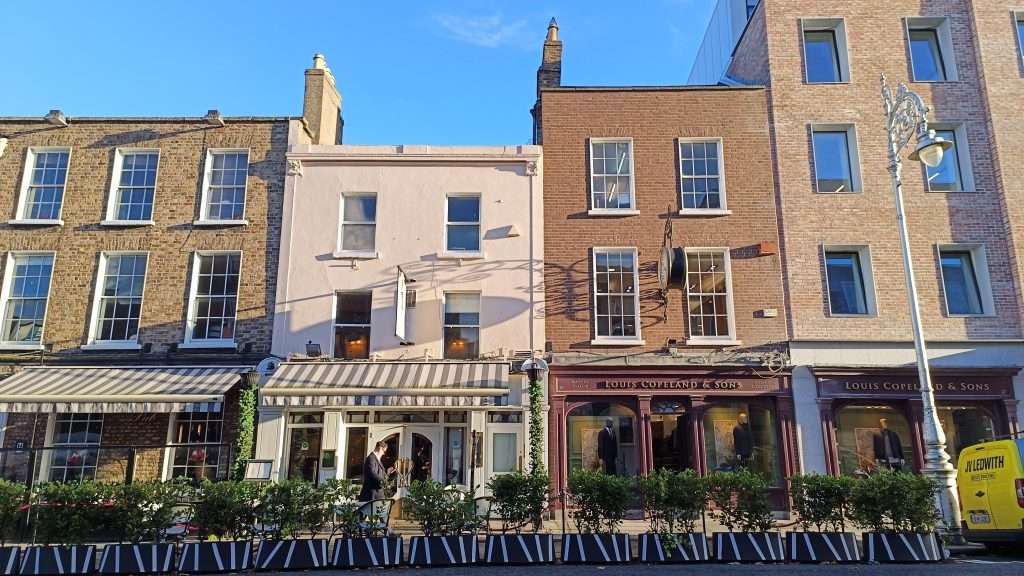 Battery life is not going to be an issue on the Reno8 thanks to the phone’s 4,500mAh cell that can easily last an entire day. After playing Asphalt 9: Legends on High graphics on the ‘Performance’ mode for 30 minutes straight, the Reno8’s battery dropped by around 8 percent. Under heavy usage, I was left with 15 percent of battery life before heading to bed. But even if you are left with very little battery life to take into the next day, the 80W charging support will fully power up your device in less than 35 minutes, which is very handy if you’re in a pinch and need to run out the door. 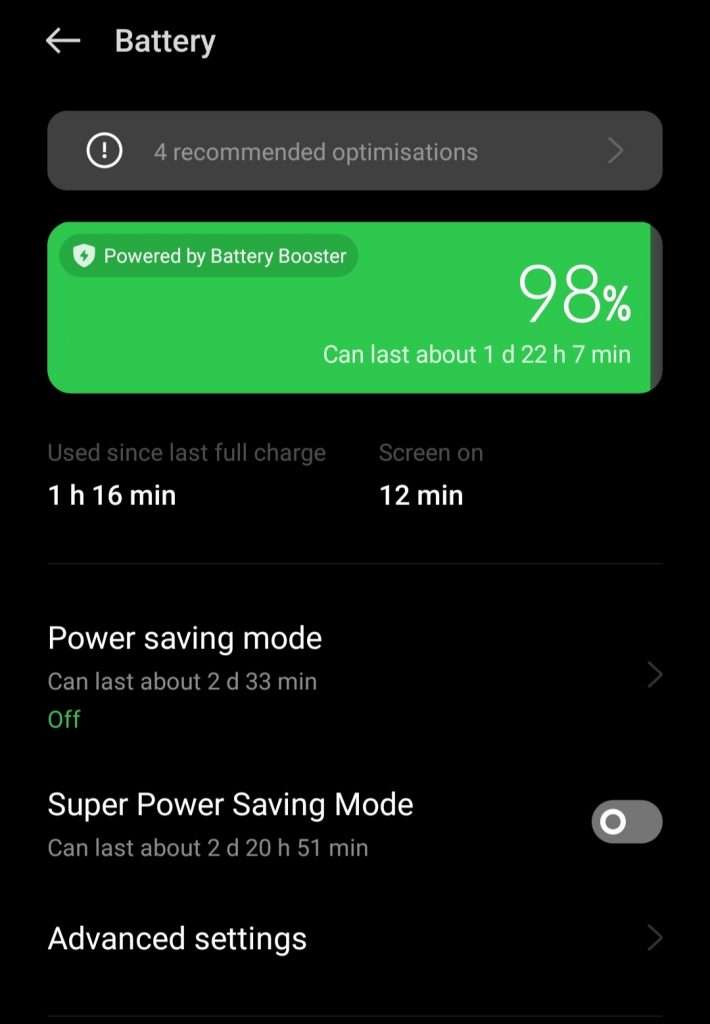 However, beyond battery life and charging, OPPO has taken a few more steps to ensure battery health is maintained over a prolonged period. Their proprietary Battery Health Engine and 5-Layer Charging Protection ensure you get the most out of that 4,500mAh cell. They also promise solid battery life up to 1,600 charging cycles, which is twice the industry standard. Overall, OPPO says that the battery will be reliable for over four years. So apart from excellent battery life and super-fast charging, the Reno8 also delivers battery longevity which is nice to see in this price segment.

With all the upgrades, the OPPO Reno8 is an impressive midrange handset that delivers on all the necessary fronts; battery life, build and camera quality. The Reno 8 offers excellent performance, solid battery life, fast charging, and a decent display. Additionally, the cameras here are also among the best in the segment, while the unique design also helps the device to stand out from the crowd at this price point.

The OPPO Reno8 5G is available for €529 in the single 8GB RAM/256GB storage configuration and can be picked up on a contract from free from eir or Tesco Mobile.

The Reno 8 offers excellent performance, solid battery life, fast charging, and a decent display. Additionally, the cameras here are also among the best in the segment, while the unique design also helps the device to stand out from the crowd at this price point.