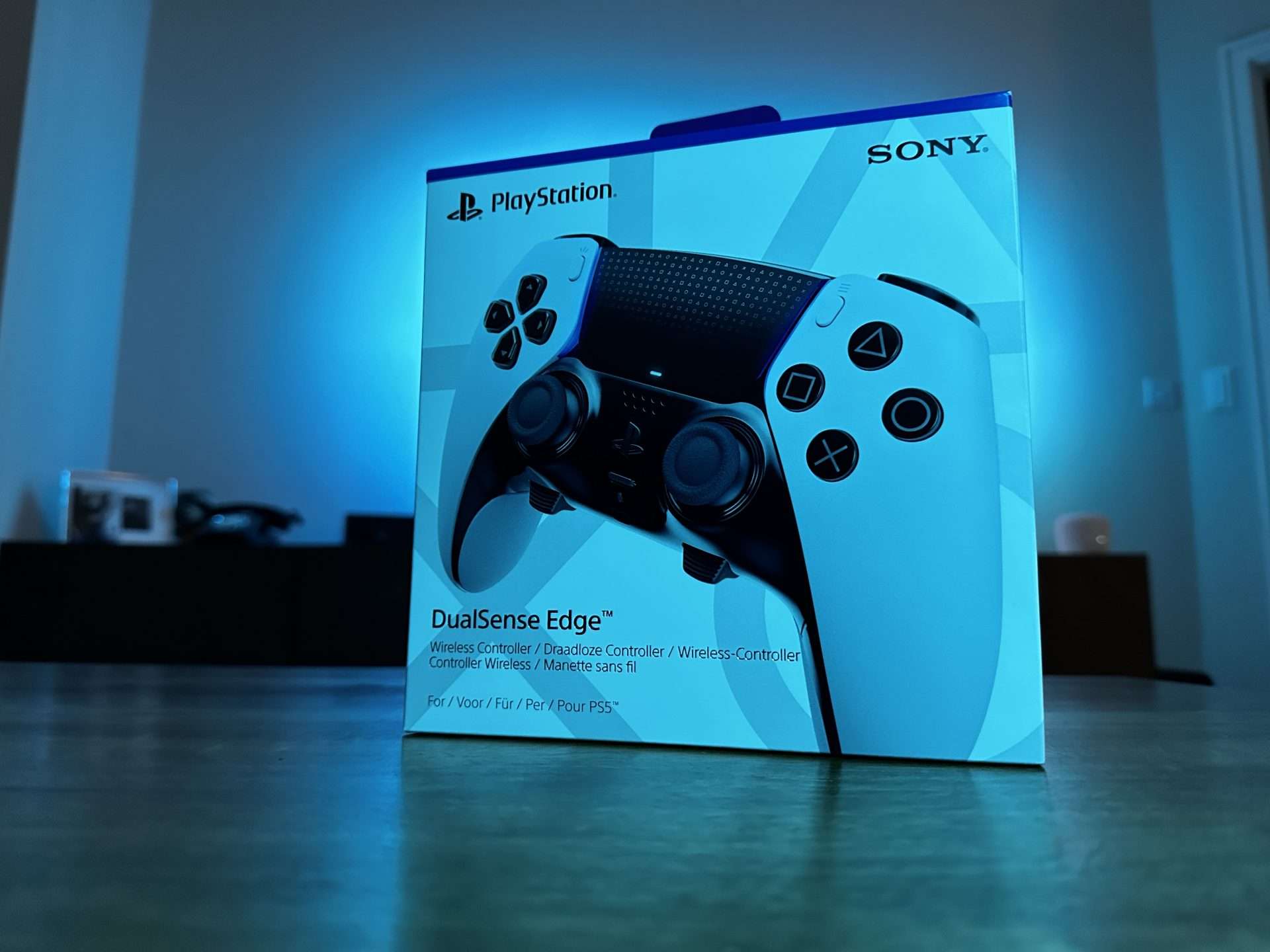 Finally, Sony has blessed us with a pro controller in the DualSense Edge, a €239.99 controller that aims to be the best in the business and cater to pro gamers while offering nice benefits for the more casual gamer too. With hot competition out there from Xbox, SCUF and Razer, does it do enough to come out on top in this space? Let’s find out in our review: 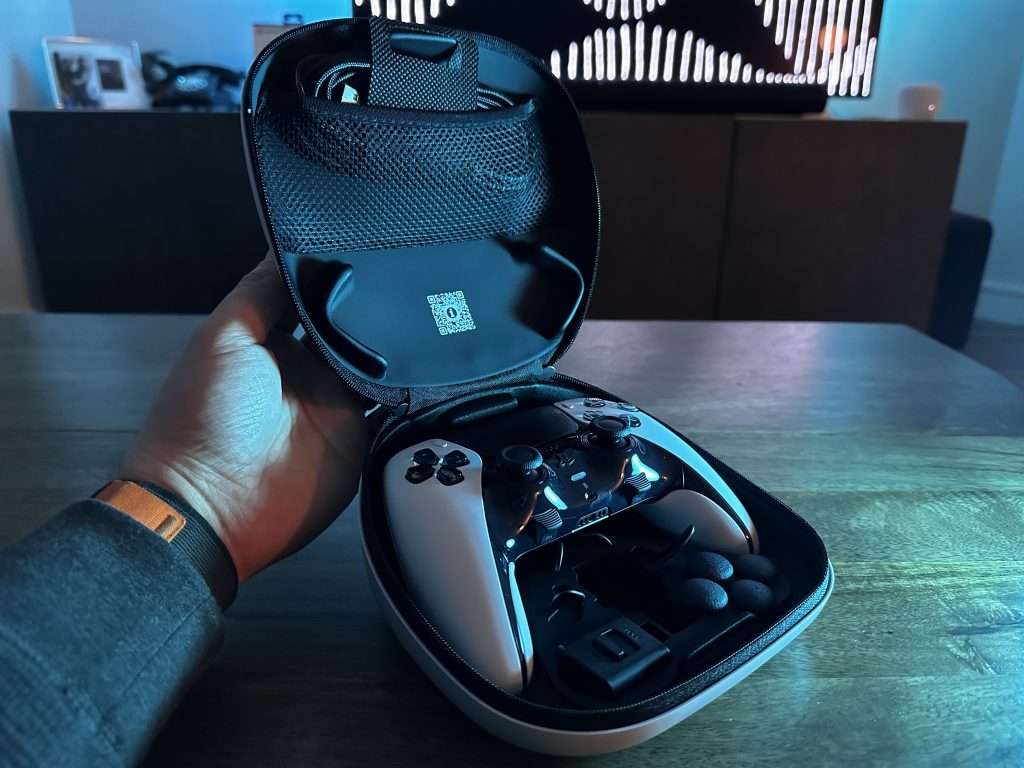 For €239.99 you’d expect it to be nice right? Well, I’m happy to report that the DualSense Edge nails it. It doesn’t deviate too much from the PS5 controller we know and love but tweaks things in little ways that add up. The grips on the side are more rounded and fit in the hand more, triggers have a nice pattern that helps you grip onto it. Even the face buttons feel that little bit more responsive. I’m happy to report that the haptic triggers are still there and that the DualSense charging dock still works with it. Battery life for me was about the same as my old controllers. The DualSense Edge still works with more than just PlayStation too, pairing effortlessly with my Steam Deck which is great. Alas, you might have a hard choice to make between it and the Xbox Elite controller if you’re a PC gamer, but do bear in mind that you might lose out on some of those features like custom profiles which we’ll get into below! 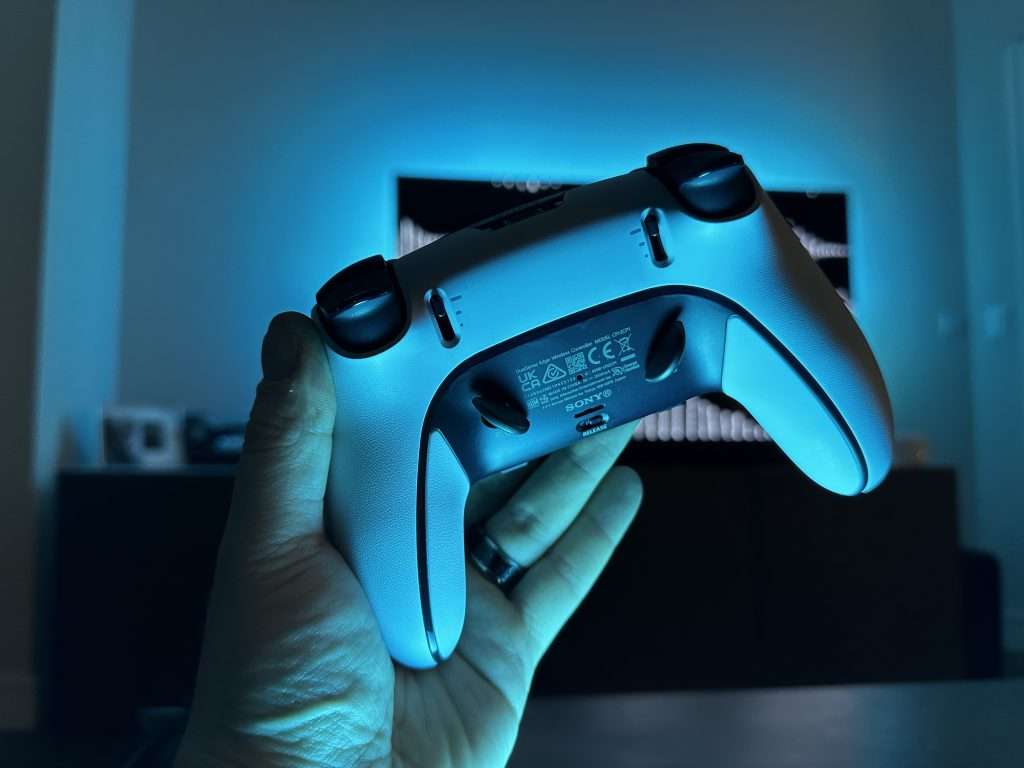 The biggest thing you’ll notice is the addition to paddles you can slot into the back to give you quick access to certain buttons that you can map. You can swap them between a short one and a longer one and they do really help in gameplay. For example, when playing Call of Duty Warzone this weekend I mapped them to the L3 and R3 buttons so to run or stab, I didn’t have to press the sticks in and potentially throw off my aiming. For games that rely heavily on using the d-pad to heal like in Horizon or Elden Ring, this makes that a breeze to do while fighting enemies. Literally, a lifesaver.

Next up, are the function buttons which I’ve not see on a ‘pro’ controller in this way before. They sit just under the thumb-sticks and let you do a few things: 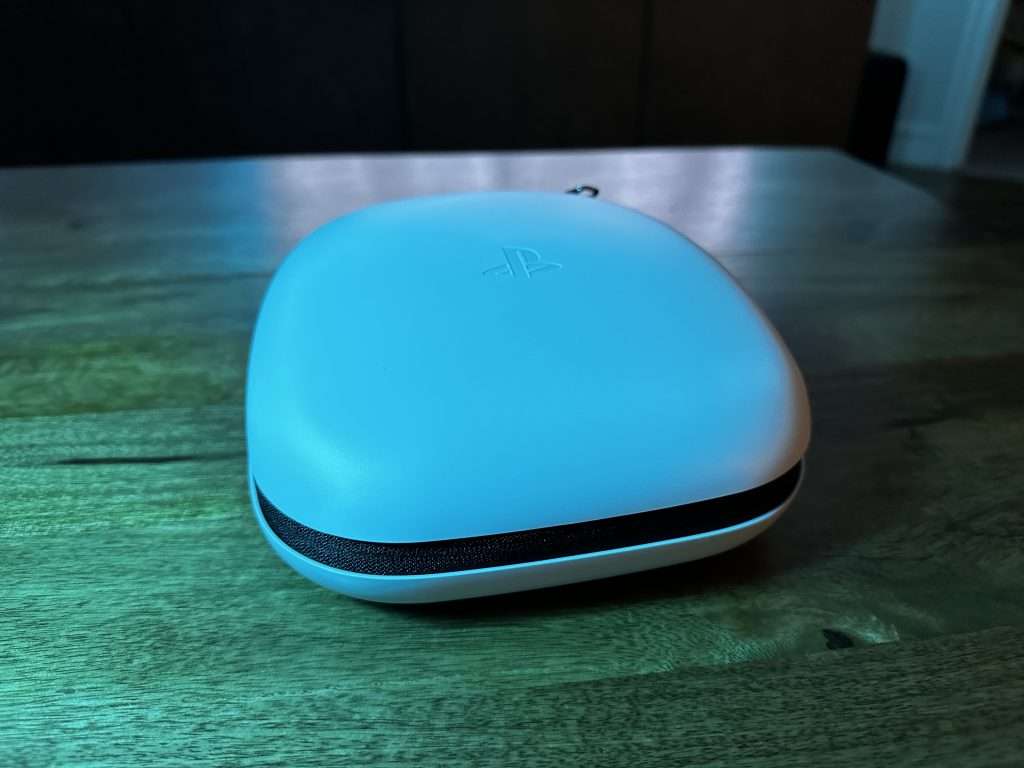 They feel great, but feel slightly wasted at the moment on the controller. If I had an extra two buttons, I’d have rather had them on the back (like Xbox’s Elite controller) so I’d have more options for gameplay. The function buttons are not re-mappable to something like the cross or L1 button. An odd choice for sure.

Speaking of thumb-sticks, Sony throw in some new thumb-sticks caps into the case so you can choose between different shapes and lengths so you can find the best fit for you which is neat. The really cool trick is, those thum-bstick modules are entirely removable so if one breaks – you don’t need to replace an entire controller. Sony sell these themselves for around €24.99 so if you travel with the controller, or you tend to go through controllers at the rate of knots, you’ll really like this. 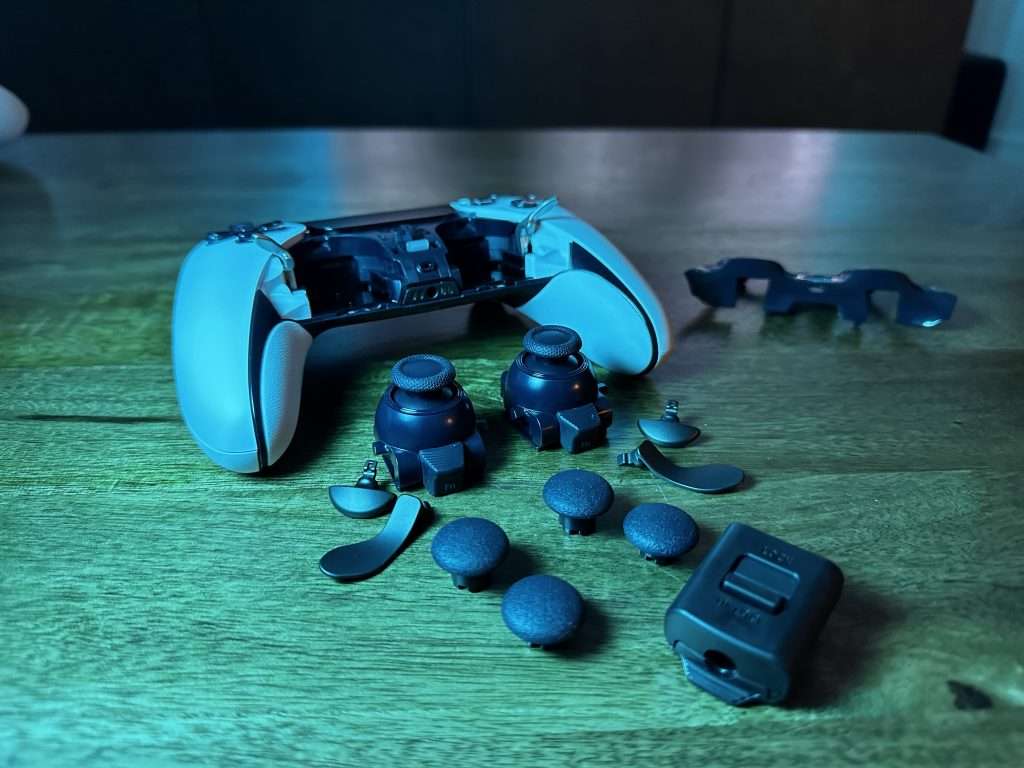 Moving to the back of the controller, the triggers now have three options for how far they’ll depress so if you’re playing a shooter you can only have a short tap for faster reactions or if you’re playing Gran Turismo you can have it as normal. You’ll also find a curious little plastic thing in the box – it’s a USB-C lock for your controller. A lot of pro gamers prefer to use their controller wired to the PlayStation for faster input times but any parent or dog owner will know the struggle of the wire being pulled out mid-gameplay. This lock, lets you lock your USB-C cable into the controller which is really nice. 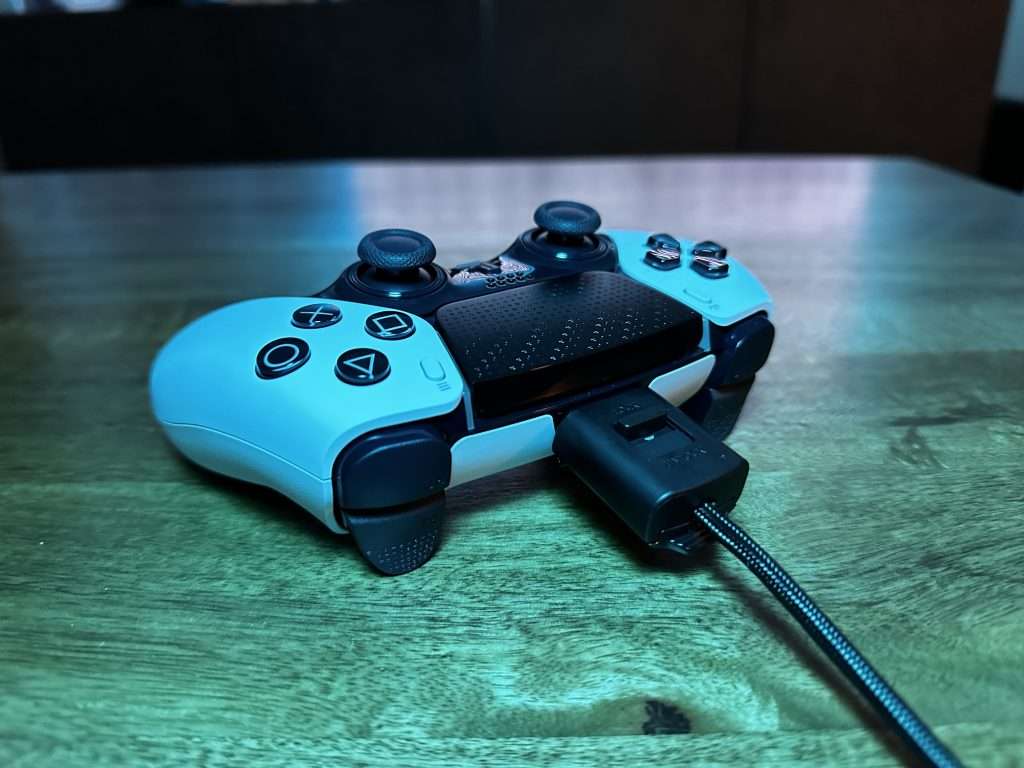 Overall, it adds up to really nice refinements to a controller that was already seen as one of, if not the best in the industry. The one thing that I don’t like about the controller, is the new glossy finish on places of the controller. I know it’s going to scratch up very quickly, and feels cheap. Cheap is not something you want a near €250 controller to feel. Real head-scratcher that one. 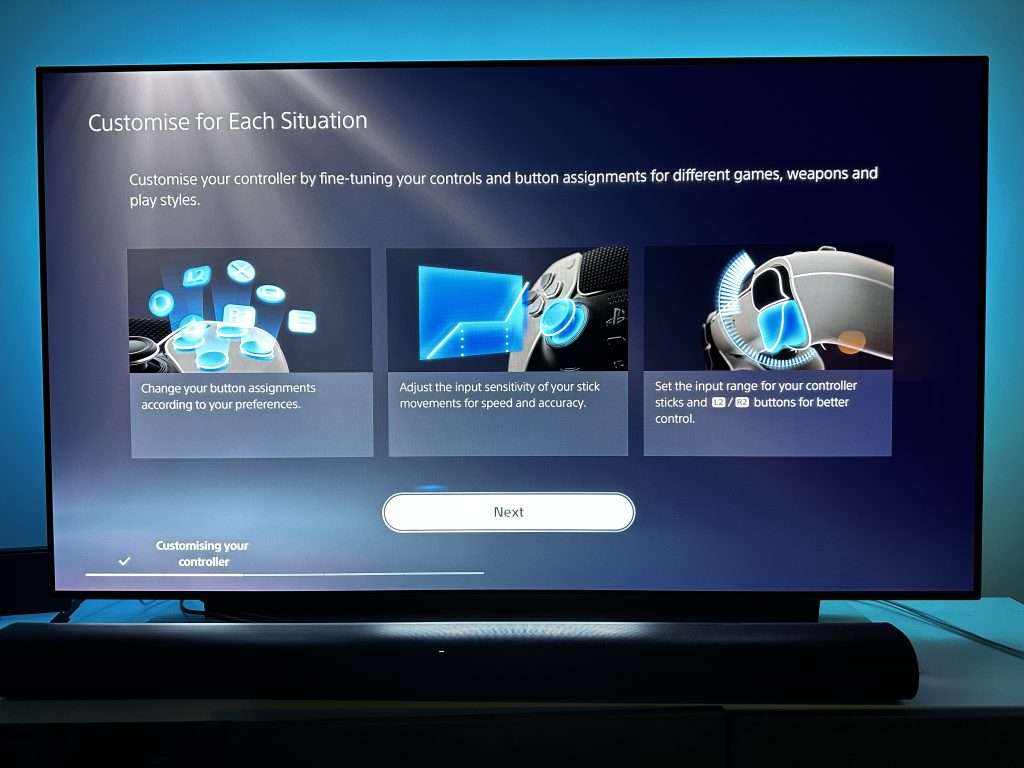 Software wise, there’s some really nice additions in there to make the most out of the DualSense Edge. With a quick hold of the function buttons, you get a nice on-screen dialogue to change your profiles, chat volume and more. You’re able to tweak the sensitivity curves of the triggers and for the sticks too. This is crucial to let you set up for games that require more fine turning (like carefully aimed shots in Horizon Forbidden West) or reacting quicker for shooting games. 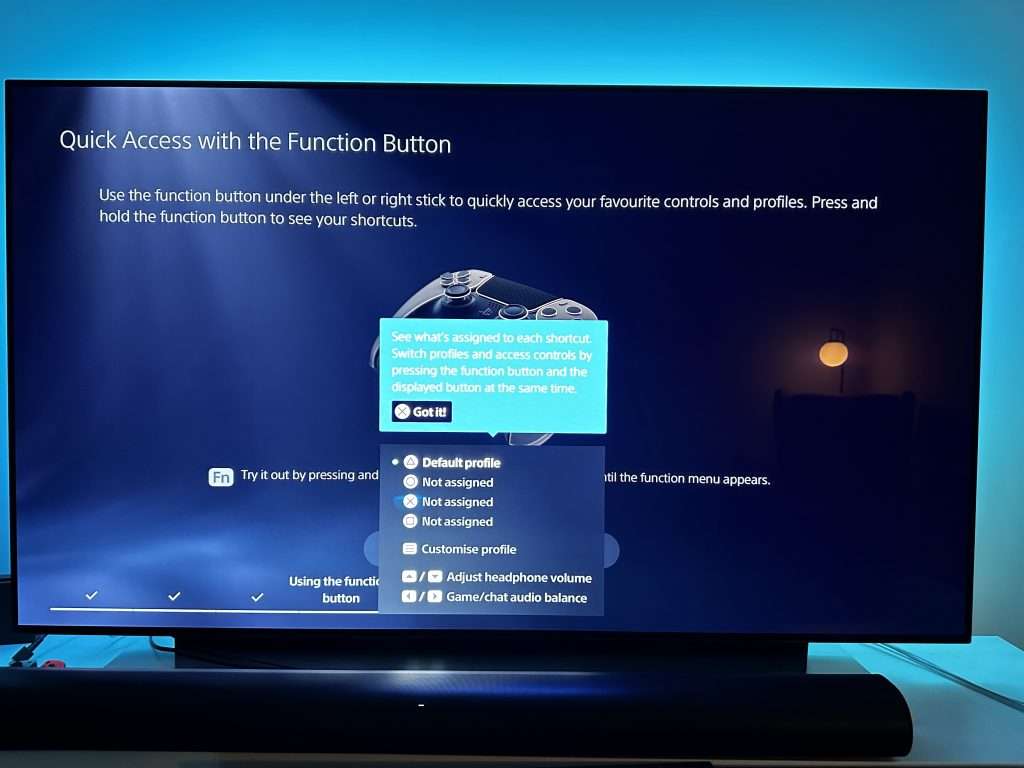 So, is the DualSense Edge worth the €239.99 price tag? I think it really depends on what type of gamer you are. If you’re a casual gamer that plays a lot of story based games, or especially single player games – the DualSense Edge is nice, but you’ll probably be fine with the regular €79.99 DualSense. However, if you play a lot multiplayer games, shooters or games which require fast reactions then you’ll really love this controller. The addition of replaceable thumb-sticks are great for longevity, the USBC lock is great if you play fighting games.. There’s a lot to like. Certainly compared to other pro-controllers for PlayStation, this sits on top thanks to keeping features like enhanced rumble, haptic feedback and the software features baked into the PS5 itself.

Here’s hoping in future that Sony can focus on bringing down the price so it’s more accessible for gamers, especially when Xbox can make their pro controller for over €100 less.

The new king of 'Pro' controllers

With improved functionality, excellent software and more, Sony have crafted the best PS5 controller out there. With more refinements on materials and the cost in future versions – it could be a must have for every PlayStation and crucially PC gamer.