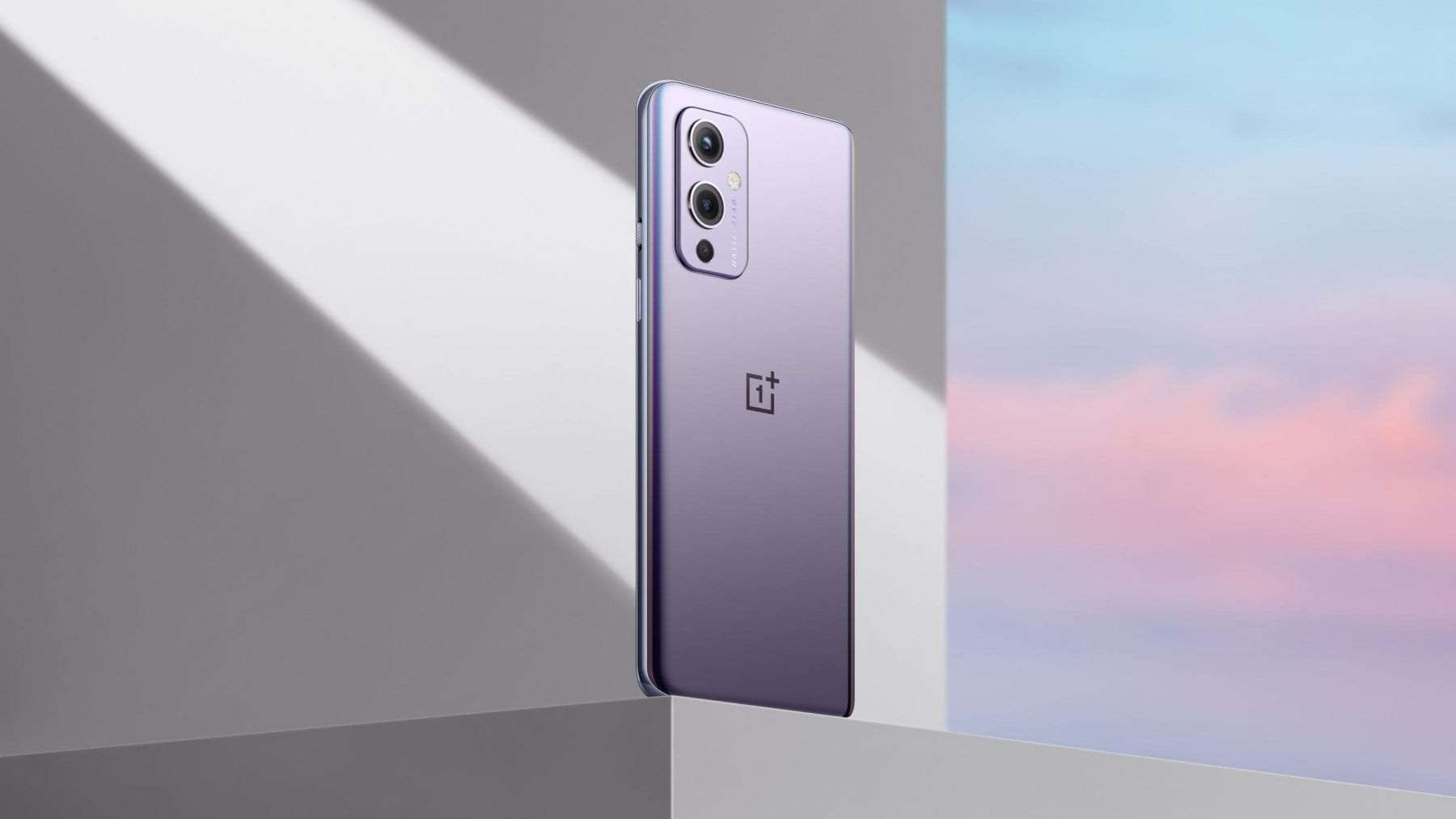 OnePlus has been the go to brand for a few years now if you wanted a good performing phone at a reasonable price. The line expanded over the years to include more top tier products as well as more cost affordable ones (like the OnePlus Nord), but with the OnePlus 9 Series of phones, OnePlus have really stepped up to the plate when it comes to the camera implementation and for the OnePlus 9 (and the 9 Pro), they have teamed up with Hasselblad, the world renowned camera manufacturer, to put together a hardware and software combo that really does close out that camera issue that OnePlus has been putting up with for years.

Really, when talking about a phones design in 2021, we’re talking about the use of materials and what the back fo the phone looks like as the front is, 99% of the time these days, all screen with a hole punch camera in the top.

The OnePlus 9 comes in 3 colourways – Astral Black, Artic Sky (Blue) and Winter Mist (Purpley). The plastic rails around the edge of the phone are finished in a chrome like finish to make them look metallic, but they are in fact plastic. Not that it matters, I’ve never thought the phone wasn’t built anything other than fantastic. Other than that, around the edges you have the ubiquitous OnePlus slider (which is now absent from the NordCE), volume rocker, power button, speaker vents and 65watt capable USB-C port.

When it comes to the camera bump, this is the aspect that most phone manufacturers are using to define their phones (and it’s the part that most people actually see, whether you’re on a call, or taking a photo, its the part the pointed towards other people, so it’s good to put a bit of thought into it. On the OnePlus 9, the camera module is defined by the 2 main camera bumps which are surrounded by a metal ring, Below them is the dual tone flash and to the left is a smaller cutout for a support image sensor. Finally we have the Hasselblad branding, which is in a landscape layout to indicate the camera should be used on its side. 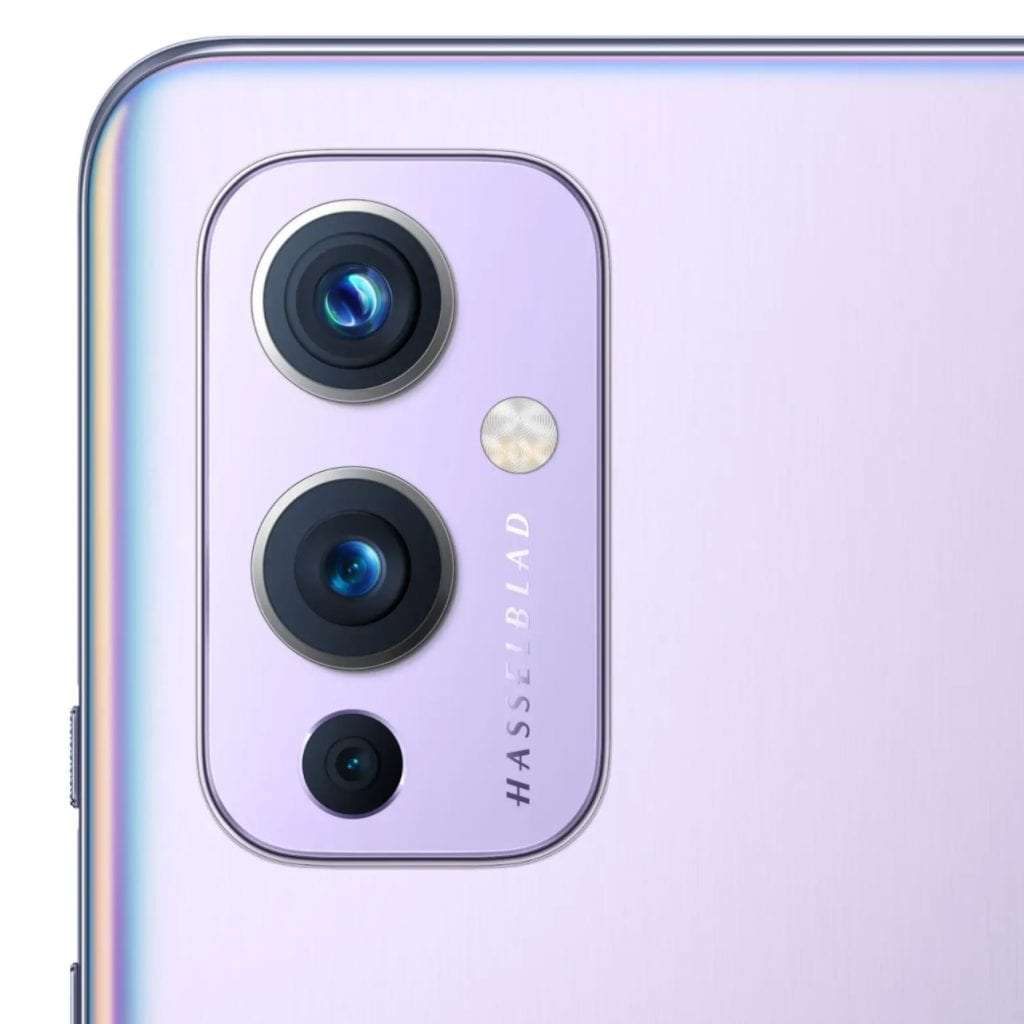 I like the look and feel of the OnePlus 9. The build is solid and the colours are fine (and mostly covered when you’ve a case on anyway), so if the colour you want isn’t available, it’s worth keeping that in mind. 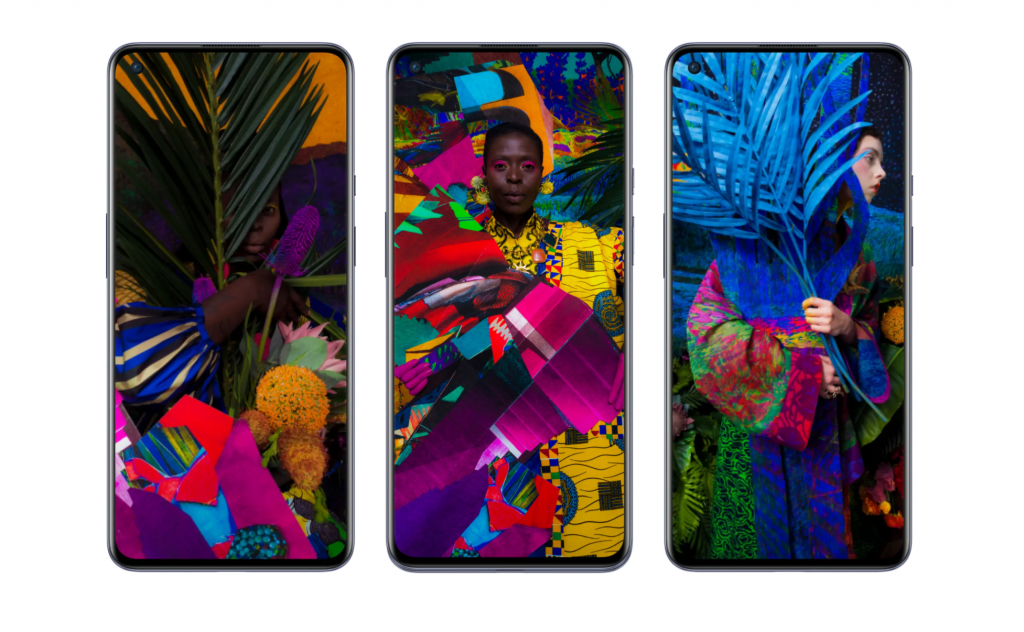 The Performance of the OnePlus 9 has been nothing short of stellar. It’s running the SnapDragon 888 and the version I have is kitted out with 12gb of LPDDR5 RAM and 256gb of UFS 3.1 2-LANE memory. What all that means is that it’s fast. The processor is fast. The memory is fast and the storage is fast and as you can imagine, that, in combo with the 120hz screen means the phone screams along and I’ve really not noticed any stutter or lag in the time I’ve been using it. NOW, it’s gotten hot a few times and that’s really down to something I’ve downloaded getting stuck, or using too many resource, and not really down to the phone itself, but it’s worth keeping in mind if you have the same issue. Basically, uninstall the offending software (or force stop) and reboot your phone and see how that helps. 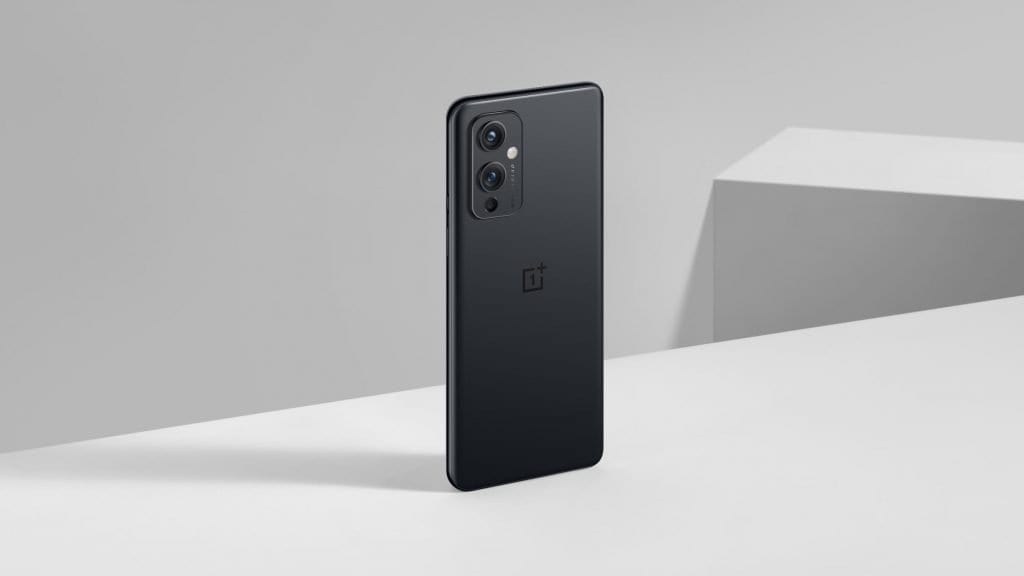 In terms of software, the OnePlus 9 ships running Android 11. As of today (28th June), it has May 2021 security patch and the latest version of Android 11 (there’s another update due to bring down the June patch shortly). So, basically, it’s updated frequently and it’s got the latest software. I’m not going to get into the OxygenOS in this review, we’ve converted that in several reviews in the past and the same opinion still applies, OxygenOS is one of our favourite OS’s out there based on Android. It’s quick, efficient and mostly stock.

One of the reasons you’re here reading this, is because of the camera setup in the OnePlus 9. Let me just get right to the point. Other than the 9 Pro, this is the best camera that OnePlus have ever put in a phone.

The OnePlus 9 comes with 2 main sensors, A Sony IMX689 48mp main camera and a Sony IMX766 50mp Ultrawide with a unique FreeForm lens that corrects the curved edges that can happen on Ultrawide cameras. I moved from the Nord to the 9, and while I was perfectly happy with the camera setup in the Nord and got decent shots, the shots from the OnePlus 9 are leaps and bounds above the Nord, especially that wide angle lens. It’s fantastic and I find myself almost defaulting to that camera when taking shots and cropping in when needed. 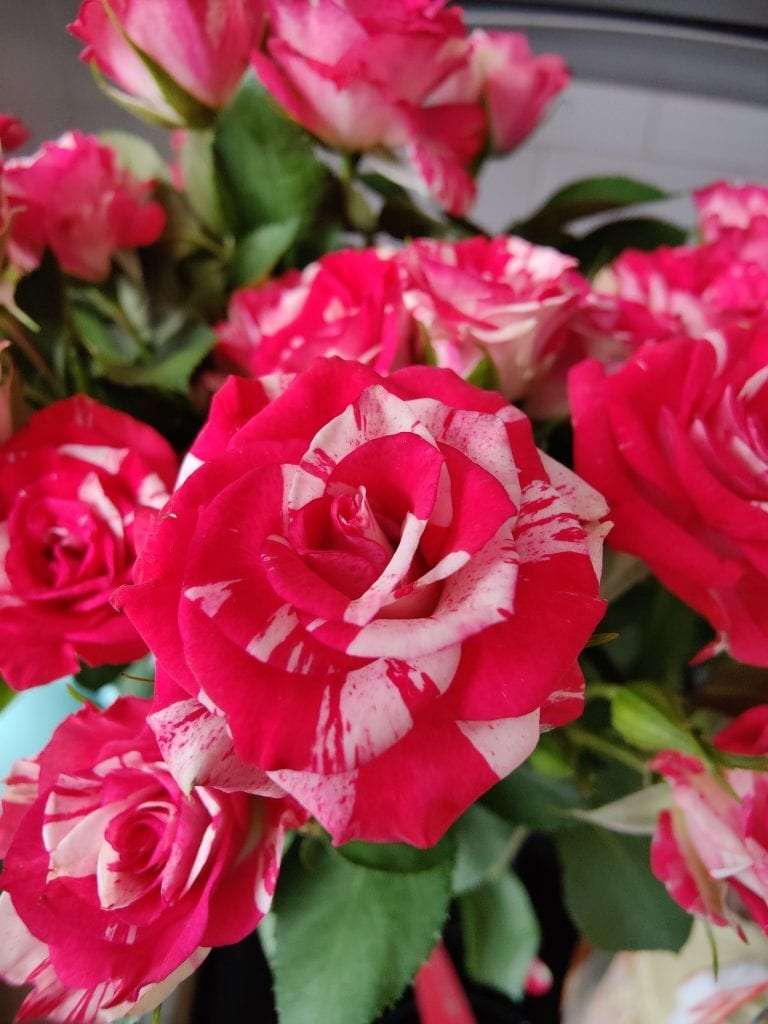 The FreeForm lens really does help in making the edges of the wide angle stay nice and straight and since its done through the lenses, there’s no processing artifacts or weirdness when it comes to the straightness of the lines. 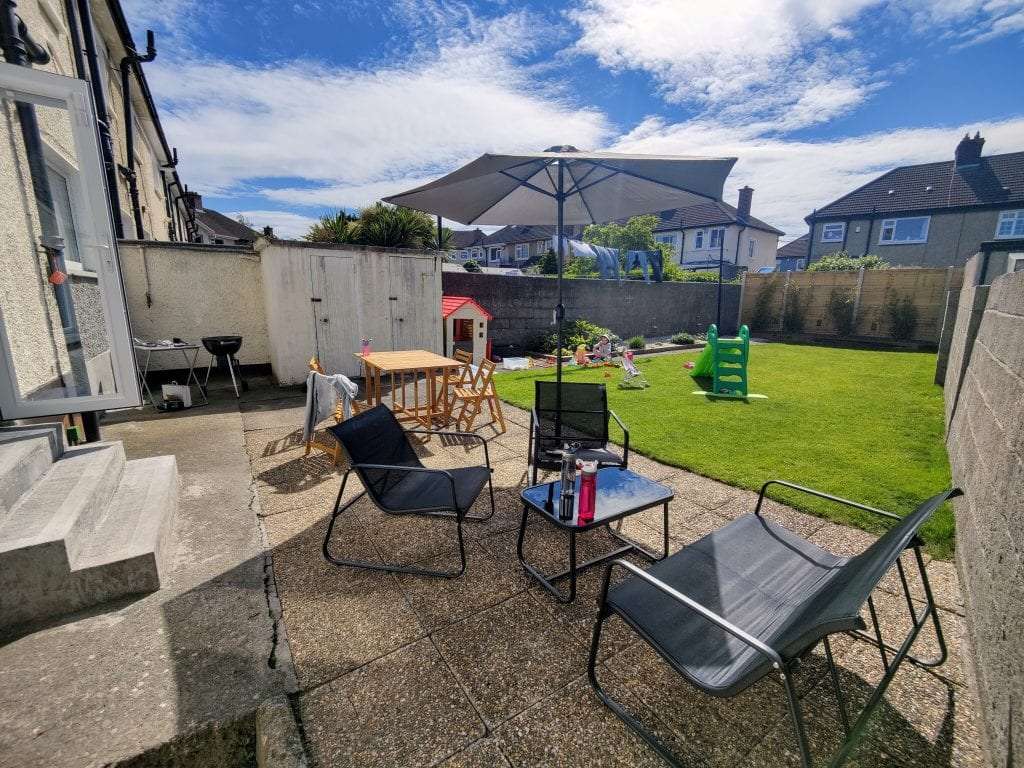 Note the edges of the photo and how nice a straight the lines are. You can get an entire garden in one photo

The Video on the 9 is also great and can go all the way up to 8k 30fps, but the sweet spot really is either the 4k or 1080p 60fps. The video is so clear and smooth out of the camera I’ve found myself shooting more video that I have in the past as well. It’s amazing what a good camera setup can do to how you use the cameras.

The systems also supports Slo-Mo as well, you can get 1080p at 240fps or 720p at 480fps. They give some great effects, especially if you’ve got any kids that run around like rockets. Seeing them slowed down is a really fun effect. 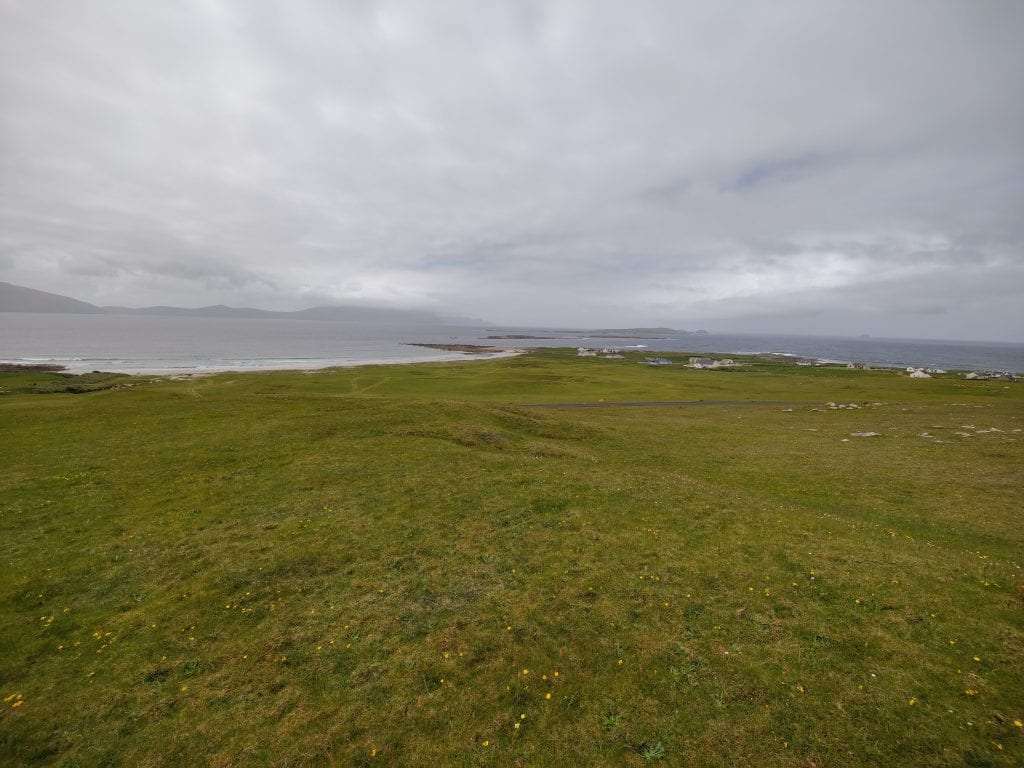 The detail in this photo from the wide angle lens, even from a compressed photo is impressive as is the colour accuracy

There is a 3rd sensor on the back of the 9, it’s a 2mp black and white module that really isn’t used for anything and it there to make this a triple camera setup and well, I think OnePlus should have been happy with the 2 modules and been confident that those are good enough to sell the phone than including a 3rd camera that no one really wanted or will use.

There is a total of 4500mAh in the OnePlus 9, but that is actually 2 x 2,250 mAh batteries. Why does this matter? Well, it enables the OnePlus 9 to charge at up to 65watts… Yes, 65watts. That’s a much power as a macbook needs, but as you can imagine, the batteries in the phone are much smaller. What that means is that the OnePlus 9 is one of the fastest phones available when it comes to charge speed. With the included wired charger, the OnePlus 9 can go from 0% to 100% in 29mins. There is only one other phone out there that can do it faster by 1 min and the 9 Pro takes a minute longer.

One Plus 9 Battery Setup

This sort of speed, in combo with the battery life means the way you charge your phone changes. You can get up in the morning, plug your phone in while you’re getting ready and having a shower, and the phone is fully charged for the day. The battery life itself has gotten much better with recent updates, I’m getting 6-7 hours screen on time a lot of the time before I need to charge,

The OnePlus 9 is one of the best phones OnePlus has produced in a few years. Year after year the camera setup was a major weak point for OnePlus, but that’s really been sorted now with the Hasselblad partnership and if you’re looking for an affordable top tier phone, you could do worse than considering the OnePlus 9. It’s available now from various networks, retailers and directly from OnePlus with prices starting at €719, going up to €819 for the 12 / 256 model.